If I say I’m going to try to post daily, for Lent, will I jinx myself?

I really like Melissa Wiley’s Tell Me Three Things. Maybe I’ll try that. Just a little pause at the end of the day to record three things, however small. A foot in the door without having to be big or polished or profoundly meaningful. If I lower the bar for myself, maybe it won’t seem so daunting.

So here we go.

This NPR story about a digital reconstruction of what worship in Hagia Sophia might have sounded like more than 500 years ago.

“When they met, Pentcheva started telling Abel about the Hagia Sophia – how we couldn’t really understand the experience of worshipers there unless we could hear the music the way they did. And as she talked, Abel started to feel a prickling of excitement. They could recreate what that music would sound like. If only they could get in the Hagia Sophia and pop a balloon.”

I played it for the kids today and they were all enrapt. They all said interesting, thoughtful things. The balloon pop was amazing. And afterwards we talked about architecture, science, music, God, worship, liturgy. While I was cooking dinner Sophie came in to talk about it some more, to enthuse.

Then I went to You Tube and played a full chant for them: Icons of Sound: Cappella Romana in a virtual Hagia Sophia – Cherubic Hymn in Mode 1. I think I might need to buy this album. Sophie says she could listen to it all of Lent. And I agree. Hours later I can still feel it rumbling in the back of my mind, that rhythm, like a lullaby.

I heard a morning dove this morning when I was waking up. I don’t remember the last time I heard one. When Bella and I went to the store we heard all kinds of birds. She said she thinks she’s hearing a lot more of the spring kinds of sounds, birds she hasn’t heard all winter. Since she’s my amateur ornithologist, I believe her.

I’m eager for spring. But at the same time, I’m a little sad we didn’t get more snow this winter. We had some snow in December and a week of subzero temperatures, but I’d have liked one good snow storm this year. Oh well. Dom is just as happy not to have to shovel. I guess I should have expected a snowless January and February since poor Lucy got sleds for her birthday. It figures.

Ben read a whole page today. He’s struggled so much with reading, but has made such amazing progress over the last year. He decided that he was tired of reading beginning readers. So after he’d read me all the Little Bear and Frog and Toad that we own, he picked Akimbo and the Elephants by Alexander McCall Smith and has been reading it to me very slowly. When he began he could read a sentence or two at most. He’s worked up to a paragraph or two and then today he read a whole page plus a couple of lines on the preceding page. I’m so proud of all his hard work. That single page represents so much effort.

There we go. That wasn’t so bad.

I’ll conclude with some of my photos from Sunday. In the morning we went to the cub scout’s Blue and Gold banquet, this year they had a potluck brunch (we brought pancakes, made by Dom). The kids got the various badges and awards they’d earned. And we celebrated the anniversary of scouting.

After the Blue and Gold the weather was so nice we decided to go for a hike at our local state park. The kids enjoyed throwing stones and sticks onto the frozen pond. We hiked a bit and they played and climbed on rocks and generally enjoyed being out of doors. The last couple of days have continued the warm streak. Today the kids were running around outside barefoot. And yesterday they were barefoot and also making kites and making their own ink out of charcoal from the grill.

And now that’s actually much more than three things. 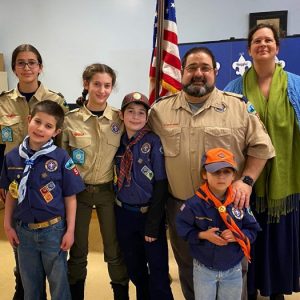 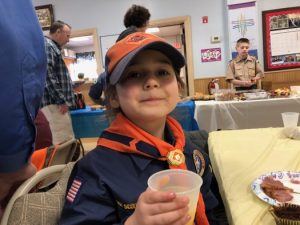 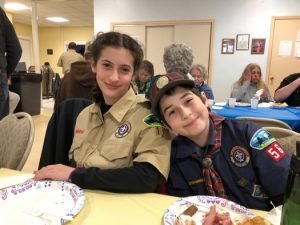 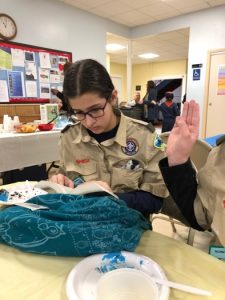 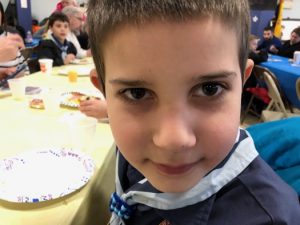 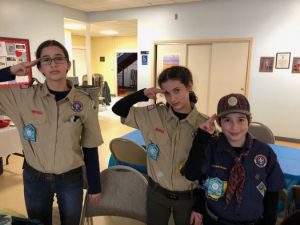 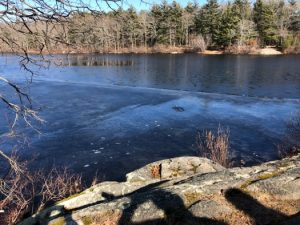 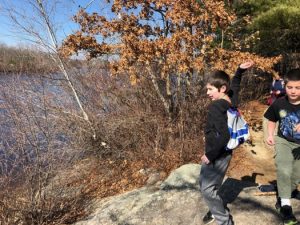 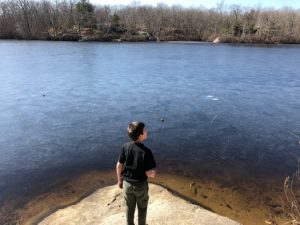 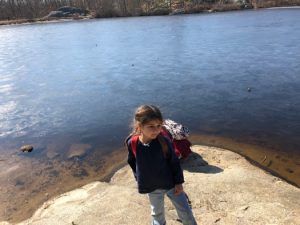 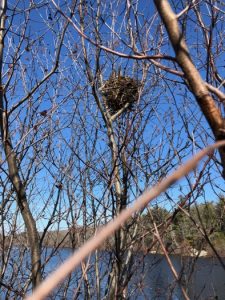 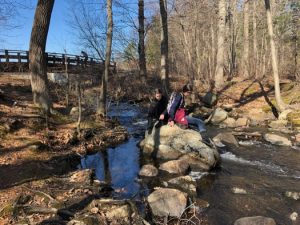 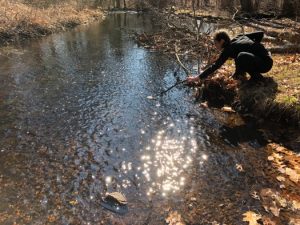 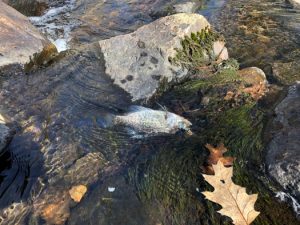 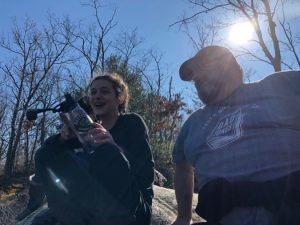 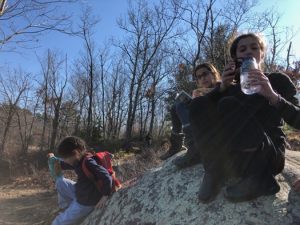 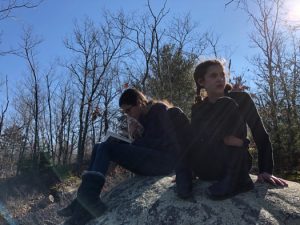 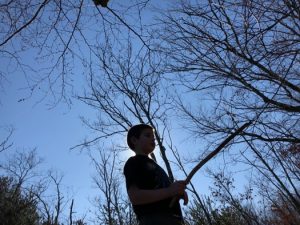 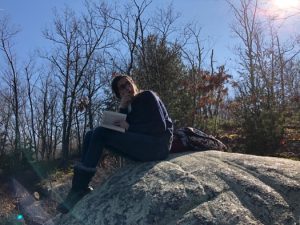 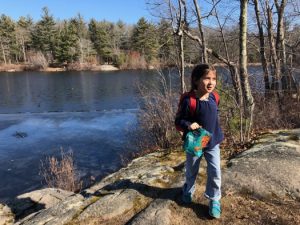 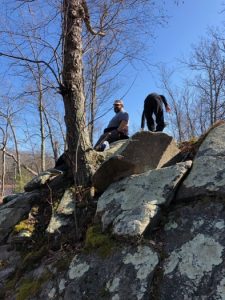 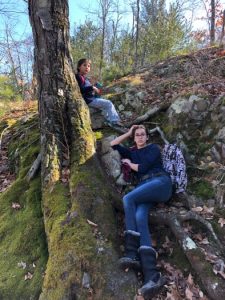 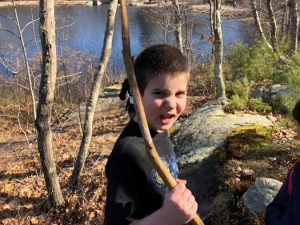 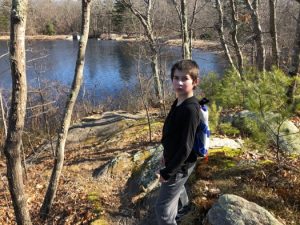 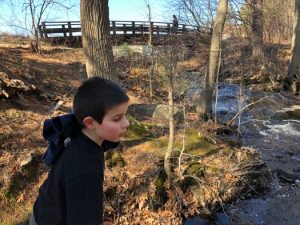