First, we had a big snow, about 8 inches. Which is huge for December in eastern Massachhusetts where we usually don’t get significant snow until January or even February. And then it froze and stuck around for days. Also unusual for early December.

Then it got warm and we had rain and rain and the snow melted and the backyard was all puddles. Ben and Lucy went out in rain coats and boots and pretended to be spear fishing in the pools. I fell in love with their makeshift fishing platform.

And then overnight it got cold again and on Wednesday we woke to snow. The pools were still there, marshy with little dots of snow floating in the clumps of grass. But there was a lovely soft blanket of snow on everything.

All the tree branches coated in white. Even the table under the patio roof covered in snow. My very favorite kind of soft snow that sticks.

At lunch I went to the library with Bella and Lucy and the sun came out and the snow was gleaming in its cheery beams as we came out of the library laden with books.

I decided then and there to ditch afternoon lessons and take them for a hike in the town forest.

Oh yeah. That was the very best decision.

We bundled in our snow pants and coats and boots. Everyone had gloves. It wasn’t too cold, low thirties. Just cold enough for the snow to stick, not cold enough to be very uncomfortable as we move through the snowy woods. It was bright and crisp with about six inches of fluffy snow on the ground. The topmost branches had lost their snowy coating, but all the lower ones were white. It was a perfect winter wonderland and just what my weary heart needed.

The kids had fun playing at being soldiers and taking turns ambushing others on the trail. Bella tried to look for birds, but there weren’t really any out, so she gave up and joined in the battle.

I let the battle rage and stepped around ambushes and over fallen soldiers and tried to bring their attention to the amazing beauty of the winter woods and the late afternoon light slanting among the trees that was simply magical. This is what I’d imagined living in New England would be like. And for so many years the kids were really too small for this kind of winter tramp. But now… we’ve arrived. They’re old enough to be able to enjoy this sort of outdoor time and I’ve finally figured out winter gear and … oh just come look at more pictures of beautiful snow. 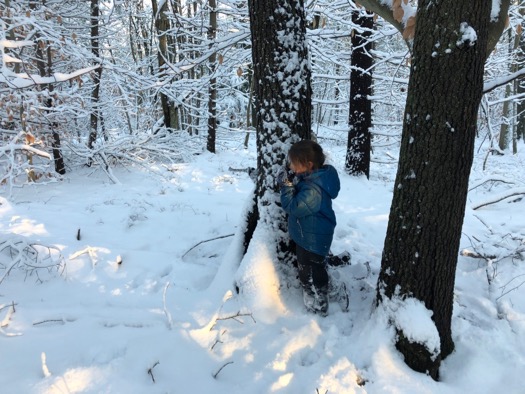 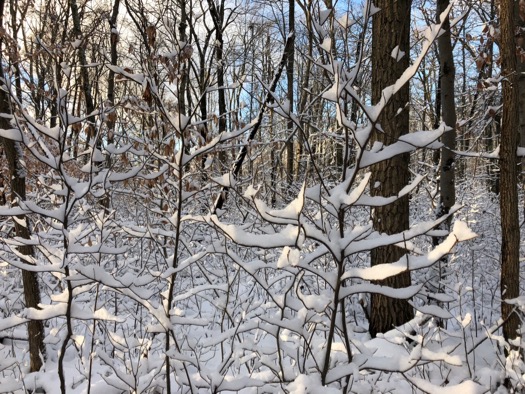 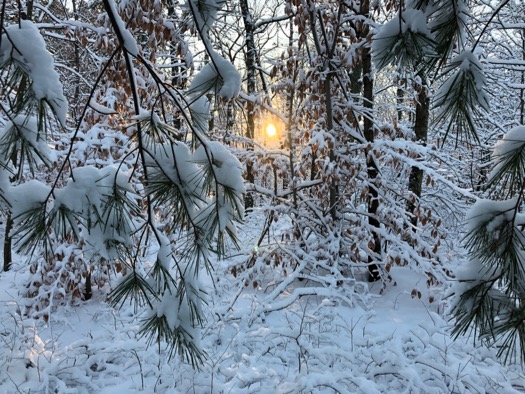 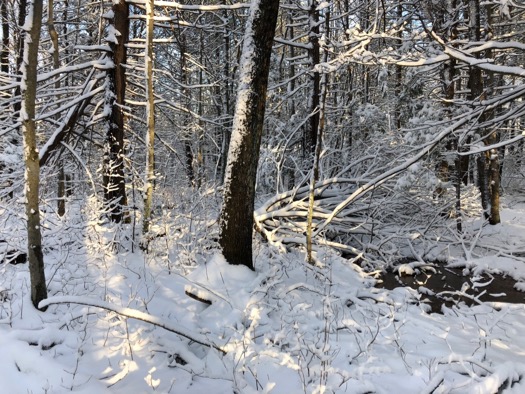 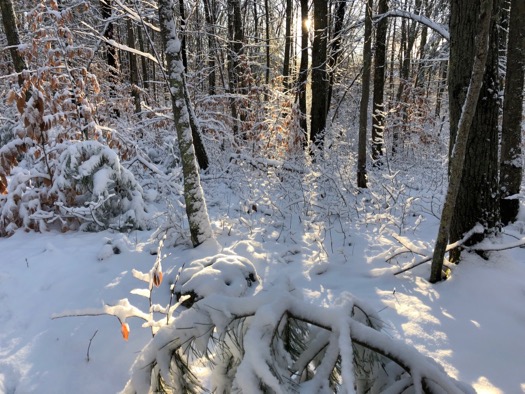