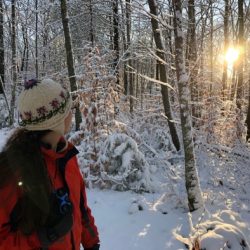 By Melanie Bettinelli on December 13, 2019 in Uncategorized

First, we had a big snow, about 8 inches. Which is huge for December in eastern Massachhusetts where we usually don’t get significant snow until January or even February. And then it froze and stuck around for days. Also unusual for early December. The kids all earned money shoveling snow. It’s a great thing to […]