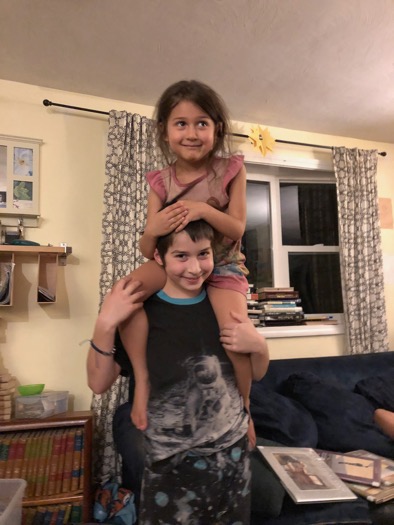 It’s been a month since I last wrote on my blog. September was a hard month and October is not shaping up to be much better. Ben’s allergies and asthma have been terrible and I suspect there was a cold in there among all the rest of it as well. He’s been to urgent care twice and the pediatrician once. He’s missed Mass three times. And in the evenings and first thing in the mornings is when he’s at the worst and all too often my evening writing time has been eaten up with taking care of a sick and distressed child.

And then I’ve also been procrastinating on some stuff I needed to do for school and I’ve been holding my blog writing hostage: no blog posts until you do the work stuff. Which means neither actually got done. No fun writing and no work writing either. Maybe I need to rethink my motivational strategy?

In any case say a prayer for us. He’s pacing the floor at 11pm, unable to sleep. Last night he was up till midnight. And he’s always been my child who needed to go to bed early, usually asleep by 8:30 or 9 o’clock. This has been very trying for all of us and poor Ben is so often out of sorts and I feel I’m wearing thin.