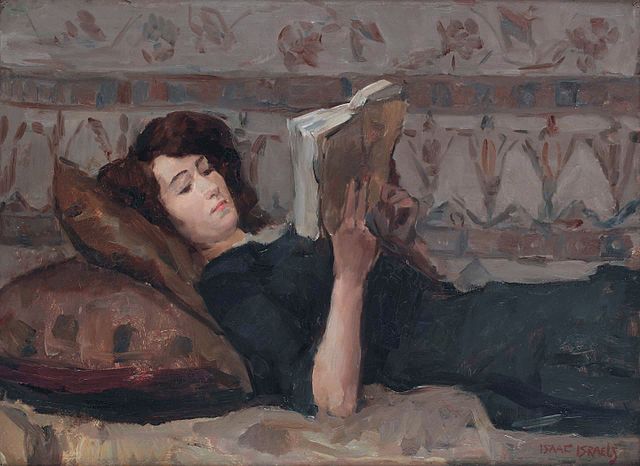 I joined two online reading groups and started reading Dostoevsky’s Brothers Karamazov and Trollope’s Can You Forgive Her? Ambitious? Yes. Foolishly so? Perhaps. Only time will tell.

I abandoned The Bear and the Nightingale. I didn’t like where the story was going. I had no assurance I’d like where it ended up. And I wasn’t sure I wanted to read two sequels to find out where it was going. It just felt like the church people were bad and the magic people were good and the church people were oppressing the magic. Maybe the book will eventually get more complicated than that, but really that’s just not a worldview I’m all that excited by. I prefer magical worlds where Christians aren’t automatically opposed to magic and aren’t the enemy. At least not the enemy because they are Christians.

I made progress in Ron Chernow’s Hamilton. Slowly, slowly. I’m reading about a page a day. But it’s a pace that actually works.

I made progress in Craeft by Andrew Langlands and I began reading The Haunting of Hill House.

I began reading The People of the Sea, a collection of stories about selkies that’s been on my shelf forever.

With the kids I finished reading Home is the Sailor by Rumer Godden, one of her doll stories, the only one with a boy doll as the star of the show. I really like it.

I began listening to the audio book of Emily Wilson’s translation of The Odyssey. I’m really loving it.

I finished reading Clouds of Witness and Whose Body? by Dorothy Sayers. Began reading Unnatural Death.

I read Farmer Giles of Ham to the kids. Also finished books about Michael Faraday and Saint Peter Claver. Began reading A Wrinkle in Time. We’re listening to Peter Duck in the car when Daddy is with us and to The Saturdays when he isn’t.