The Curious World of Calpurnia Tate 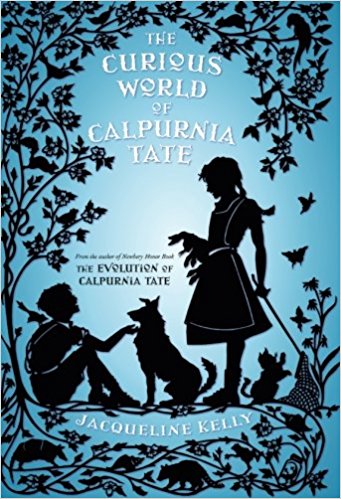 The Curious World of Calpurnia Tate is the delightful sequel to The Evolution of Calpurnia Tate, which our family thoroughly enjoyed when we read it last year (began as a read aloud in January of 2017). I liked this sequel very much and look forward to sharing it with the kids. (Bella’s already devoured it.)

Calpurnia, or Callie Vee, is a young girl in Texas in 1900. She is a budding amateur naturalist under the tutelage of her grandfather, a Civil War veteran who once corresponded with Charles Darwin and who mostly ignores his grandchildren except for Calpurnia who sort of thrust herself into his attention.

In this second book Callie spots a laughing gull far away from the coast and her grandfather is convinced it is the harbinger of a terrible hurricane, which indeed it is. Galveston is destroyed. Callie’s father and oldest brother take supplies to rescue their aunt and uncle and cousin and to help them rebuild. They bring back with them her older cousin, the shell-shocked Aggie, who is given Callie’s bed. She teaches Callie to type. Callie becomes a sort of unofficial apprentice to the new veterinarian who has relocated from Galveston. She recounts the adventures of her younger brother Travis who wants to adopt every hurt animal he encounters. She decides she wants to go to college and rebels when her parents are opposed to the idea.

“Certainly there have been many books tackling a girl’s struggles to define and defend her own identity as the people around her seem determined to squeeze her into a mold she isn’t sure fits—I’ve worked with that theme myself, in my Martha books—but I don’t think we’ve ever seen anyone quite like Miss Calpurnia Tate. It’s the setting, the context, that sold me on this book: I’d place it with The Great Brain and Ginger Pye on my mental bookshelf: episodic, comical, historically delicious novels full of eccentric and lovable characters, with that something extra that sets them apart from the crowd.”

The same is true for the second book. With Lissa, I love the setting. It’s my native Texas, after all. How I would have loved these books as a child when I didn’t know any literary worlds that matched my lived experience. I lost myself in London or on the moors of Yorkshire or in Massachusetts or the Big Woods of Wisconsin or the Dakota prairies but I never knew a story that was set in a landscape that felt like my own backyard. But I also love the characters. Grandfather is a lovable eccentric. Travis and the Tate brothers remind me a bit of what my uncles must have been like (my dad’s family, like Callie’s, consisted of six boys and a single girl). And most of all I love Callie’s perspective as a budding naturalist, a curious questioner who loves the world around her and wants to understand it better.