By Melanie Bettinelli on March 6, 2018 in Home schooling, learning notes 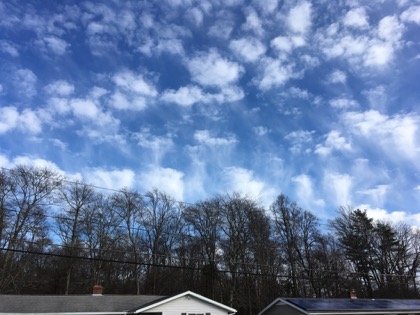 Bella interrupted our read aloud to point out that these clouds looked like jellyfish.

Anthony did math and copywork.

Ben did math and copywork and Explode the Code. I’m impressed by his spelling. Reading sentences is still a trial.

Sophie did math and copywork, French, and Geography. After she read her geography selection about Istanbul and the Golden Horn and the Galata Bridge, she was curious and walked over to the world map. The level of detail was unsatisfactory, so we pulled out the atlas. There we could make out the Bosporus, but still not the Golden Horn. So I thought of Google maps. We not only found the Bosporus and the Golden Horn and the bridge, but we ended up looking at Google street view, walking down the bridge. And at one point I accidentally clicked off the side of the bridge and we found ourselves on a boat going under the bridge and then turned around to look at the bridge from the water. Then we walked off the end of the bridge and into a neighborhood and looked at shops and apartment buildings and parks and even went into a cafe. We then clicked on the Hagia Sophia and did the 360 look around inside and wandered the streets around the perimeter. And then we looked at our street and the route to church and then went to Boston and looked at the Common and the Museum of Fine Arts and the Freedom Trail.

Bella did math and copywork, Latin, and dictation.

Stories: Sword Song (Bella narrated), St Margaret Mary (Sophie narrated), Story of the World about Clovis (Lucy narrated with help), North with the Spring (I narrated), Good Masters Sweet Ladies (Anthony narrated), Door in the Wall (Ben narrated, very well. I broke it up into smaller sections and he narrated about two pages at a time. His recall of detail was quite good.)

Kids played outside until it got dark. 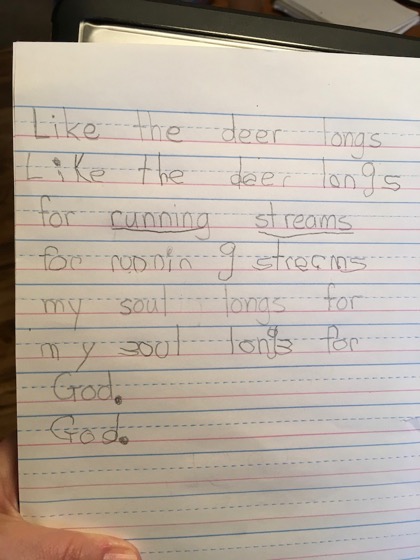 Anthony did math and copywork.

Ben did math and copywork and Explode the Code.

Sophie did math and copywork, French, and Geography and dictation.

Bella did math and copywork, Latin, and dictation. And read from the Bible.

Bedtime stories: Castle in the Air. 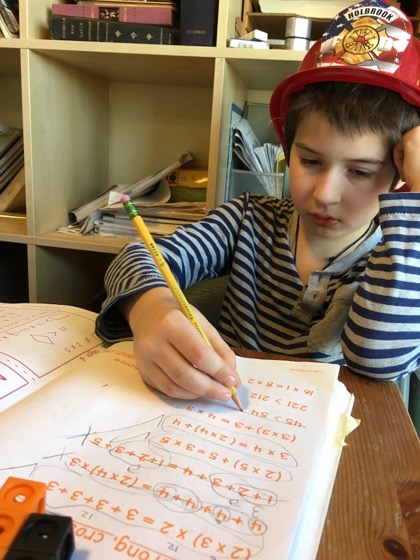 I was in the hospital all day, minor day surgery to repair a hernia. My mother-in-law stayed with the children.

Anthony did math and copywork and read to Bella from Stories of Great Americans (appropriately, after last week’s field trip to the Longfellow house, he read her the chapter on Longfellow).

Ben did math and copywork and Explode the Code.

Sophie did math and copywork and read from Fifty Famous Stories.

Bella did math and copywork, and Latin.

For bedtime story, Dom read to them from the picture book about Saint Anthony the Great.

Sophie did math and copywork, French and Geography.

Bella did math and copywork, and Latin— copywork in her Latin copybook.

After lunch we watched Henry V, the Tom Hiddleston Hollow Crown version. Everyone liked it very much.

For bedtime story, Dom read to them from Castle Diary.

I didn’t write notes as the power went out at dinner time and it didn’t occur to me to write things out longhand. To the best of my recollection, everyone did math and copywork.

We read Sword Song and St Margaret Mary, and Book of Marvels.

The storm raged all day, winds howling, really howling, around the house. At one point the wind blew over the charcoal grill. At another it lifted the gazebo and set it down off the edge of the brick patio.

Bedtime story was Castle in the Air by candlelight as our power was out. (Loving my new Kindle which has its own light, making it easy to read even with no electric light.) 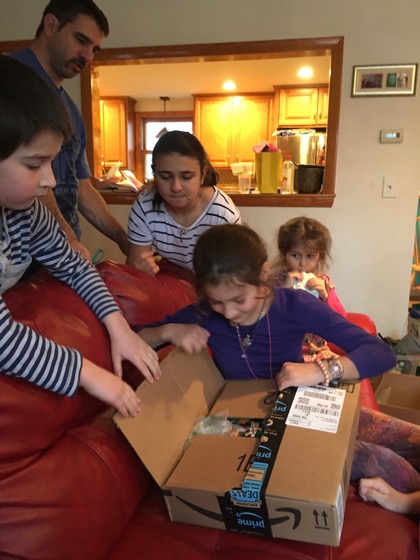 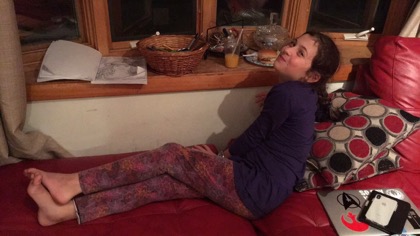