Ben got up early and finished all of his school work before I was even out of bed (Dom checking the math and giving him a sentence for copywork) except the reading a Bob book which he did after I’d had breakfast and done math with the others.   Anthony did a math page, read me a story in his Famous Americans book and then copied a sentence from the book. He later retold the story from the book to Dom, so he got narration in, too.

Sophie did two pages of Miquon, copied another Easter antiphon, and then did a Duolingo session. She also read me a story from 50 Famous Stories Retold. Sophie is thrilled that place value is making sense now. It’s a concept she struggled with for a long time.

Bella and I did part of two math pages, finishing one and beginning the next. She did some copywork. And the read to me from the Jupiter book.
I’ve mentioned the Jupiter book in previous learning notes. She’s supposed to read to me every day to practice reading aloud. It’s also her chance to share her favorite books with me and this book was one she particularly wanted me to share with her. Her reading aloud usually leads to discussions and some oral narration as she fills me in on context. But this Mission Jupiter is a pretty dense book (written for adults, not kids) and can be hard for me to follow, especially with her reading that stumbles over unfamiliar technical words. So today I’m found myself with the whiteboard and a marker on the table in front of me, and started making visual notes as she read, a sort of reverse narration, a combined doodle and illustration to help me visualize, understand, and remember the various facts as she reads. I should do this more often. It’s much easier to listen to kids read if I illustrate as we go.   It also seemed like she was more likely to pause and discus the concept she was reading about when I was sketching an illustration of the concept.  After she was done Sophie read to me and I sketched a little picture of her story too and then narrated it to her after she was done, using my picture to help my narration. I’m not sure how to translate this into something the kids do, but maybe if I model it enough it will catch on?    Afternoon stories: Roman Diary, The Parthenon picture book, picture book about Jupiter, Catholic Stories for Boys and Girls, Story of the World.

After stories I took my sketchbook outside and drew some of the flowers that have been springing up. Ben joined me and drew some leaves and sticks. Later, Anthony and Lucy joined me. She brought out her sketchbook and drew elevators and fantastic shapes. Anthony just watched and looked at leaves with me. We talked about the shapes of dandelion leaves.
Bedtime story: The Wind in the Willows.
At dinner we talked about the Revolutionary War. Dom’s been on a kick of reading historical novels lately and is on his third (I think) book about the war. He loves to share tidbits he’s reading and the kids love to listen to his narrations and we get into great discussions about history.   Then Bella voiced her dissatisfaction with her knowledge about Queen Anne: “I don’t know anything about her or her reign except the bit about Queen Anne’s War in This Country of Ours.” So I found a history book on my shelf that had a few chapters that dealt with Anne and I read them aloud to the table. I need to do more dinner time read alouds. It’s great to have a captive audience, to share books as a family, Daddy included. Perhaps more poetry?

Sophie did math, copywork (She’s starting on the Ogden Nash poem about Custard the Dragon), read to me from her Geography and did some map work, and then we did a short French lesson. Then she pulled out the atlas and spent more time poring over it with Bella. My kids love that atlas so much and it seems to come out almost every week. One of my better investments.

Ben did math, letter workbook, and copywork. No reading practice today. He did play a phonics game on the iPad, though.

Anthony did math, read me a story from Great Americans and then did copywork. I illustrated his read aloud and narrated it back to him at the end and he thought my account was pretty funny, it was all about Washington and Cornwallis and the Battle of Yorktown, which given the family’s Hamilton obsession is a story we’re familiar with, but it was fun to have it told from a different perspective.

Bella did a bit of math, we’re hitting a wall with long division and so we also did some multiplication drill. She did her copywork and didn’t recognize the Biblical passage so I read it to her, the story of Jacob receiving Esau’s blessing. She chose a dictation sentence to work on and copied it out. She spent some time entering dates into her Book of Centuries and looking at maps in her atlas of historical events and in the big world atlas with Sophie. Hard to keep her on task when she’s doing good stuff on her own. So we didn’t get to Latin. She did read me another page of the Jupiter book. She’s reading The Dragon of Og and Eagle of the Ninth and I don’t know what all else.

Afternoon stories: Roman Diary, The Parthenon, Story of the World, Blood and Guts. We also read about St Mark and read the Gospel for today and had a discussion about the evangelists.

At dinner we read today’s first reading, from the Letter of Peter and talked about the books of the Bible and Dom gave a nice abbreviated discourse on the history of Biblical texts to try to explain why the Protestant Bibles don’t include the Apocrypha but ours does. We also discussed a line from a hymn from Evening Prayer that spoke of the triumph of the twelve. Since we’d just been reading about Roman triumphs in Roman Diary, I asked the kids what they thought a Christian triumph looked like and we discussed the cross as a type of standard and oh doesn’t the beginning of Mass look a bit like a triumph with the standard going before the priest? Also more discussion about the Revolutionary War and Cornwallis’ fate after the war.

Bedtime story: We’re still on The Wind in the Willows, which is all Ben’s doing. He started us in the middle because he really just wants Toad’s story. His favorite bit is where they fight with the weasels, ferrets, and stoats. He can’t wait to get to that part. One of these days we’ll read from the beginning.

Ben did a math page, letters, copywork, and read me a Bob book.

Anthony read to me, did a math page, and eventually finished his copywork before dinnertime. He really liked the reading which was the story of Francis Marion, the Swamp Fox. He narrated his favorite episode to me as well.

Sophie did a math page, copywork, and read me a poem.

Bella did some math problems, copywork, read to me from the Jupiter book, prepared her dictation sentence (good discussion about grammar there), read me a Latin lesson and translated the sentences. She’s reading a book about St Therese, but didn’t narrate to me.

Kids watched a documentary about tiger cubs. Bella and Sophie narrated it to me afterwards.

Bedtime story: The Wind in the Willows.

Field trip to the MFA: Botticelli and Matisse. More about that adventure in a separate post. 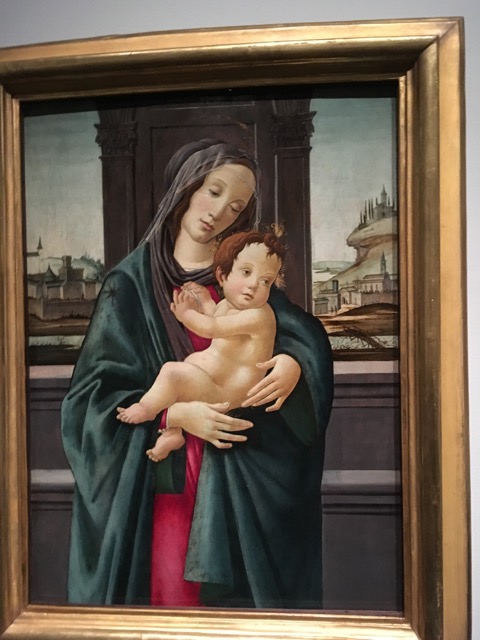 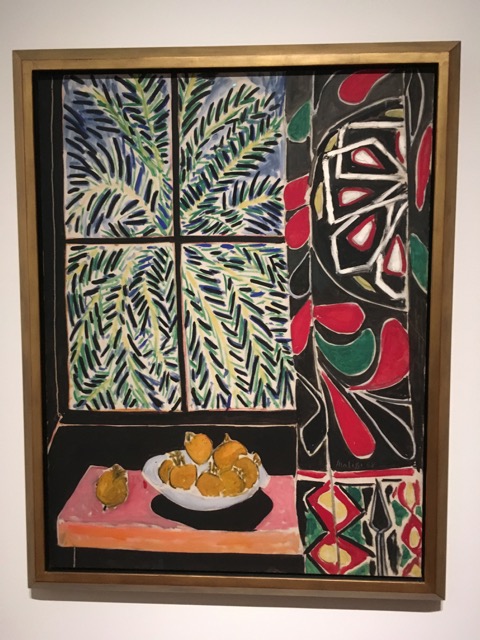 We ran errands: library, post office, pharmacy, and then we did the grocery shopping.

After yesterday’s museum trip I really was itching to make some Matisse-inspired cutout collages and so before I started dinner prep I sat down to play with paper and color. The kids joined me one by one, except Sophie who was making a palace out of blocks. I’m not a crafty mother, usually, but this turned out to be a really fun project that the kids and I enjoyed.

Bedtime story: finished Wind in the Willows. (Or, rather the second half of WitW, since Ben started us in the middle of the novel. Some day we will read the whole thing.)