Part of my resolve to be a more consistent blogger: post longer things here instead of on Facebook. Including recipes. So here, at the request of Simcha Fisher and my Uncle Dan are my recipes for noodle soup and lasagna, last night’s dinner and tonight’s.

Sort of like my Mom’s but adapted to suit the taste of my Sicilian husband to whom some of Mom’s hacks, required by lack of availability of ingredients in the dark ages when I was a kid, are anathema.

For the red sauce:

1. Sautee onions, fennel, and red pepper flakes in olive oil until onions are soft.
2. Add garlic and cook until fragrant.
3. Then add canned tomatoes and herbs and wine.
4. Simmer for an hour or more. (My favorite trick is the eternal sauce. I save a few cups of sauce from most batches– not batches with meat– and then add it to the next batch to build an intense flavor over time.)
5. In another pan brown your ground beef and then add it to your sauce.
6. I just throw in salt at most steps, salt on the onions, salt on the beef, then at the end taste and add more salt as needed.

for the cheese filling:

Stir until well mixed and then put aside.

You also need a box of lasagna noodles, a bunch of shredded mozzarella cheese, some more grated Parmesean, and a big 9×13 pan.

Cook lasagna noodles according to directions. Drain and rinse and keep in fresh water so they don’t stick together.

Cook at 350 for about 45 minutes. Let cool at least an hour before serving.

This is sort of my own made up recipe, based on a bunch of things I looked up on the internet and then I do my own thing with what I have in the fridge and pantry. It’s a little different every time I make it. I don’t really follow a recipe and I don’t really measure, but here’s what I did tonight, more or less.

Into my big dutch oven I dumped:

1/2 pound beef frozen until fairly firm then thinly sliced and then marinated in soy sauce and sesame oil for 30 minutes and then added to the boiling soup and cooked for about 8 minutes.

Right before serving I added another quart or two of water to cool down the soup and make it go further as it had boiled down quite a bit.

Serve with bowls of garnishes for people to add or not:
4-5 scallions thinly sliced
I have also added chopped mint, basil, and cilantro
Dom added Sriracha and Hoisin to his bowl at the table
You could also add bean sprouts, but I never have them.

Serve over whatever Asian noodles you like. We’ve used Japanese udon or soba noodles or rice noodles or bean noodles. I serve these separately at the table, putting a bunch of noodles into each bowl and then ladling the soup on top.

It would be really easy to just throw a bunch more stuff in this for more people. Cabbage would be good to add. 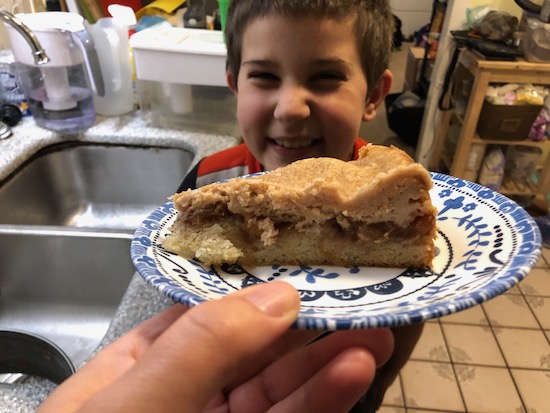 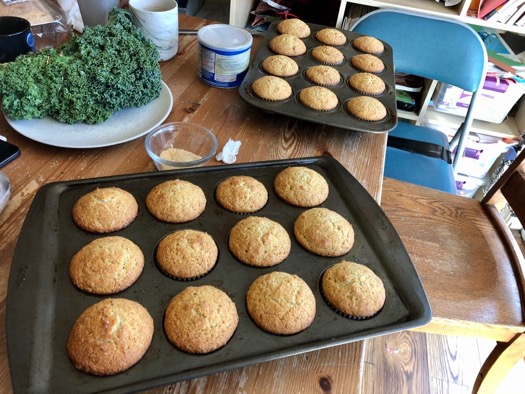 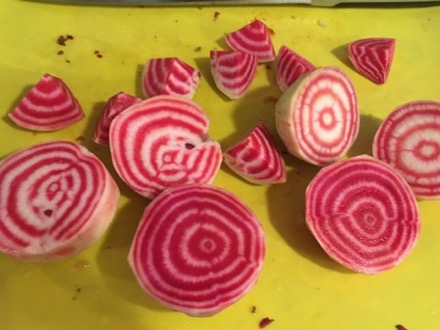