Della Robbia and Making Modern at the MFA

I’ve got out of the habit of thinking about my blog. And I can’t quite clear the mental clutter of all those learning notes posts I’ve written in draft form and never put up because I never got around to sorting out the pictures. But here’s a relatively quick post. We went to the MFA again on Thursday. There was a Della Robbia exhibit that’s just opened and one of Modern Art that includes some Georgia O’Keeffe pieces and a Jackson Pollock and some Frieda Kahlo and that fit really nicely with our modern history focus.

Everyone was eager to go except Anthony who groused that the museum is boring because we’ve already seen everything. Once I corrected that and told him about the new exhibits he was much more excited about the trip.

We listened to The Long Winter on the car ride into Boston. Got to the museum right at opening time and saw the Della Robbia and then headed for the cafeteria and an early lunch. Beat the crowds and had a much pleasanter dining experience. We’re really getting to the point where we know the museum well enough to have a sort of routine.

The Della Robbia exhibit was much more impressive than I expected. There were some very large pieces, including a beautiful Resurrection relief and a lovely life size Visitation sculpture and some Franciscan saints. The children really loved it, too.

There weren’t enough Georgia O’Keeffe pieces to really satisfy. The Making Modern exhibit felt like a series of teasers. Not enough of any one artist, but there were a few really fine paintings that we enjoyed.

I wasn’t sure how to get to the Making Modern exhibit, which turned out to be on the 3rd floor, which we’d never been to before, so we took a very long detour that covered what seemed like half of the museum, and we stopped and looked at quite a few things along the way, not without some complaints in certain quarters.

Sophie and Bella both had questions about modern art. Sophie wanted to know if modern was better. A curious question that I want to come back to and dig into more. Bella expressed disdain for a lot of modern art, which is emotions and shapes and noise and doesn’t really show you anything. But she does love some modern works and most emphatically O’Keeffe. So that was great fun. 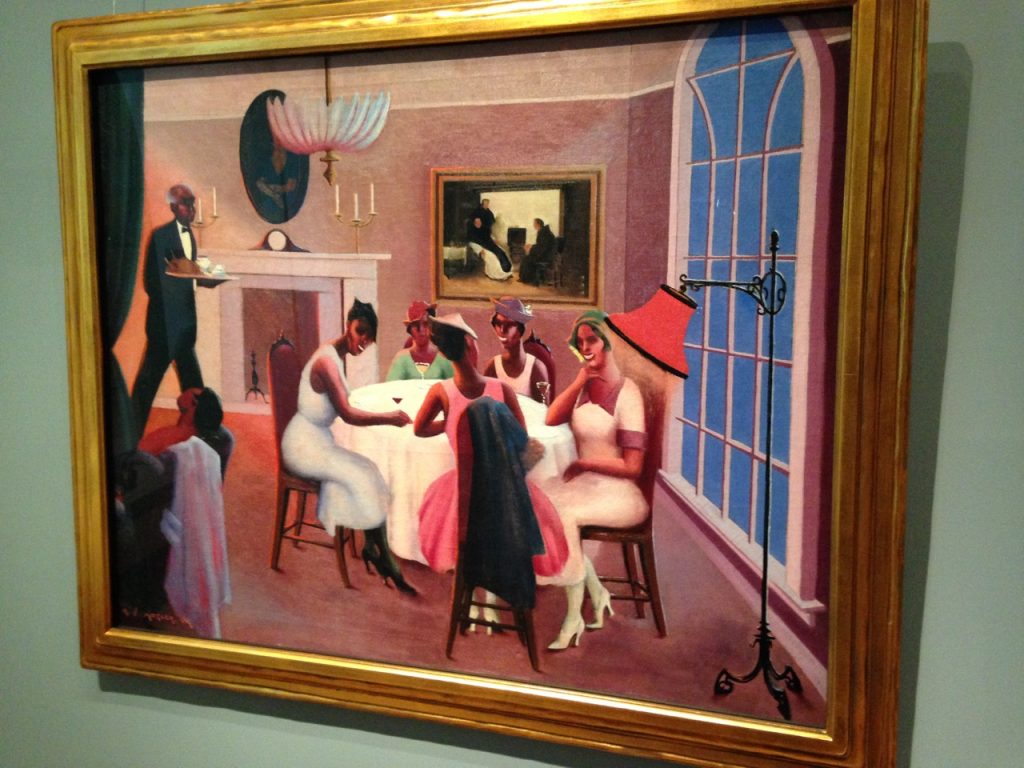 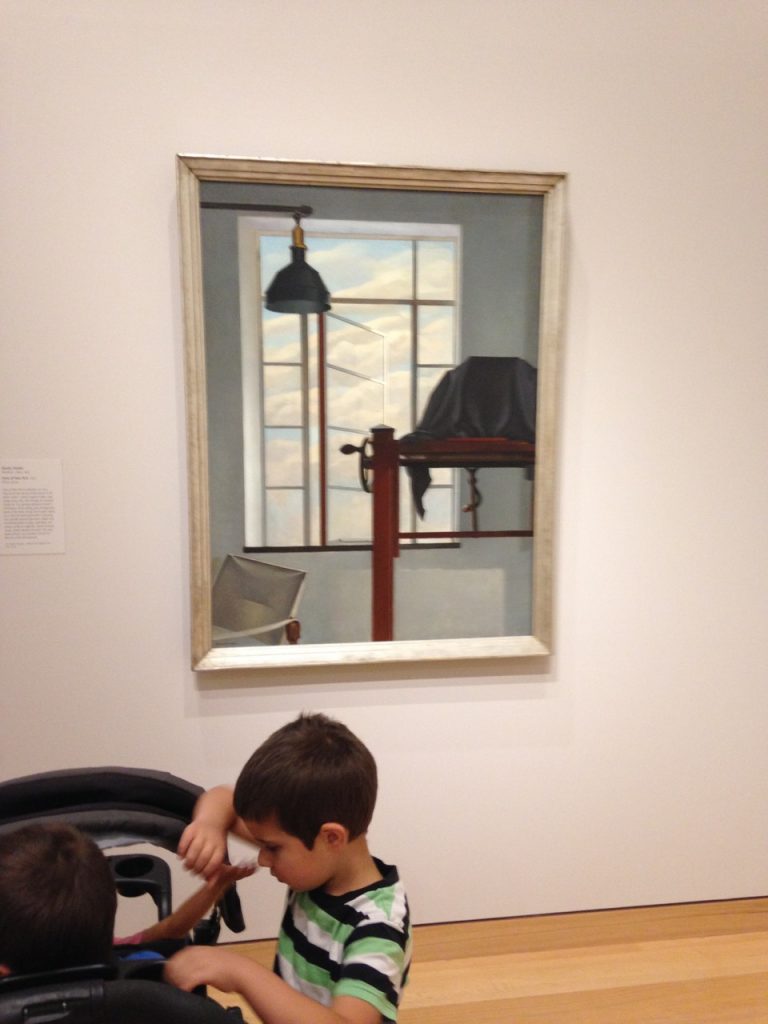 Ben was really struck by the Egyptian rooms. We’ve been reading a book of Egyptian myths that he got for his birthday and they really spoke to him. He’s starting to really find favorite pieces and to connect to them. He’s moving away from the museum is boring camp and into the big kid camp. Big kids like the museum and have relationships with the art.

Anthony liked Della Robbia and I think he liked the Georgia O’Keeffe too. He was quieter and I didn’t have as much opportunity to check in with him. It’s hard to keep track of everyone.