By Melanie Bettinelli on November 1, 2015 in Uncategorized

I started to add these to my learning notes post for the week and then wondered why I didn’t make them their own post. So here you go, Halloween.

Some young moms from the other end of the street decided to throw a block party. We were considerably older than almost all the parents, who seemed to be in their twenties. But the kids had fun. There were two bounce houses, a donut contest, a mummy wrap race, pumpkin painting and caramel apple dipping. It was pretty big.

The kids had fun trick or treating. Except for Lucy who stayed home and handed out candy, sticking it in her own bucket and then dropping it into other kids’ buckets when they came to the door. I found her an allergy friendly chocolate bar, but she can’t eat most candy. It’s either got dairy or corn syrup. I don’t know how sensitive her corn allergy is, but I don’t want to risk it. She’s such a generous soul. She minded a bit having to stay home. Next year, I’ll let her go, but it will be hard to gather a bucket of candy she can’t eat. 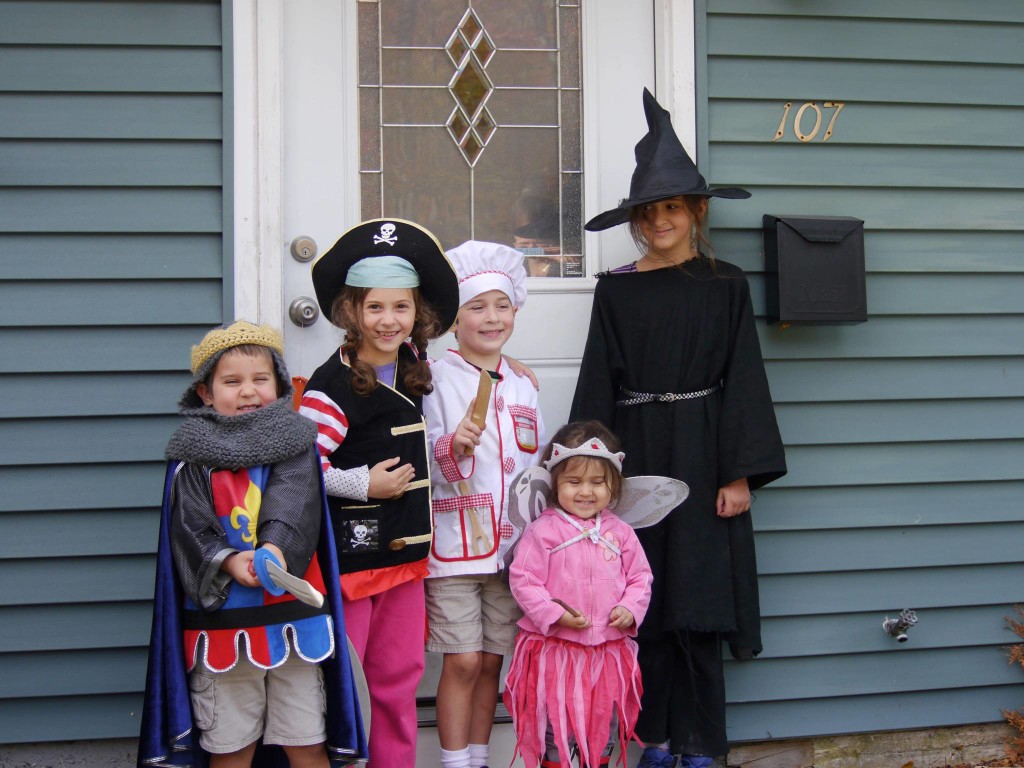 The gang is ready 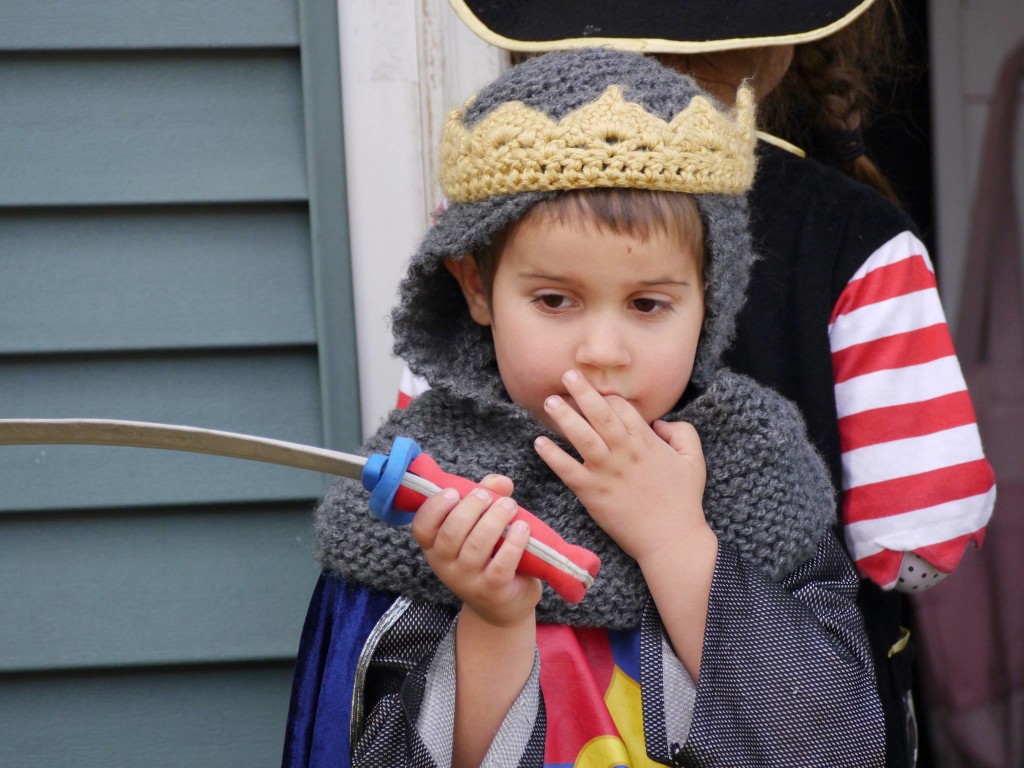 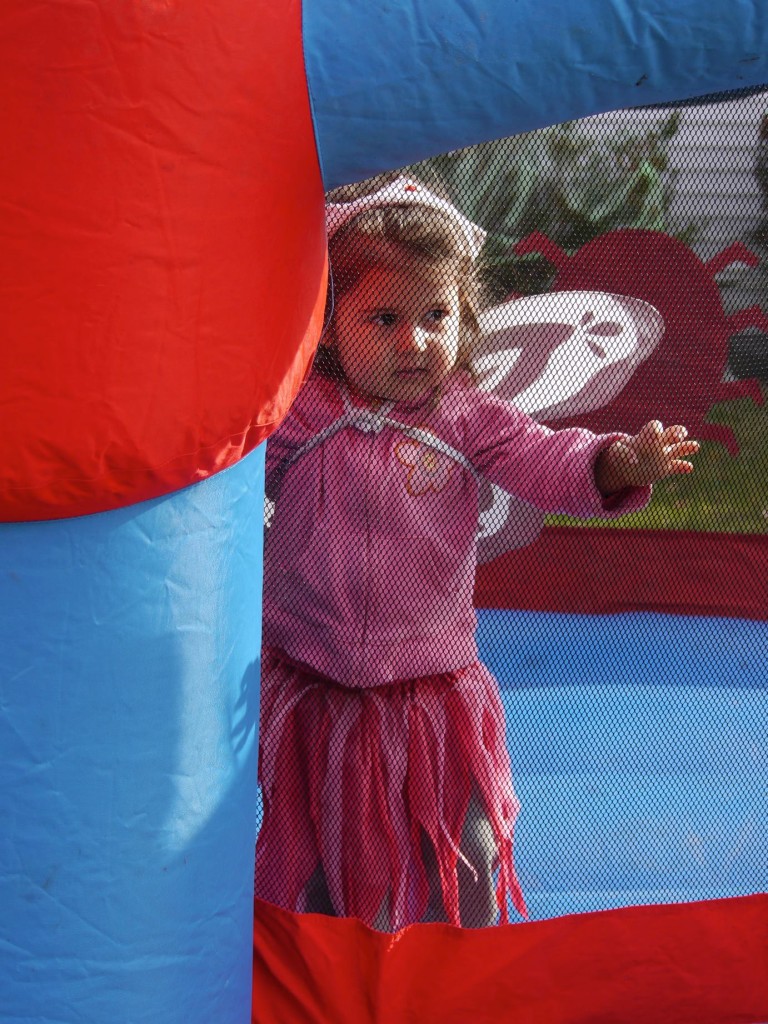 Lucy the fairy in the bounce house 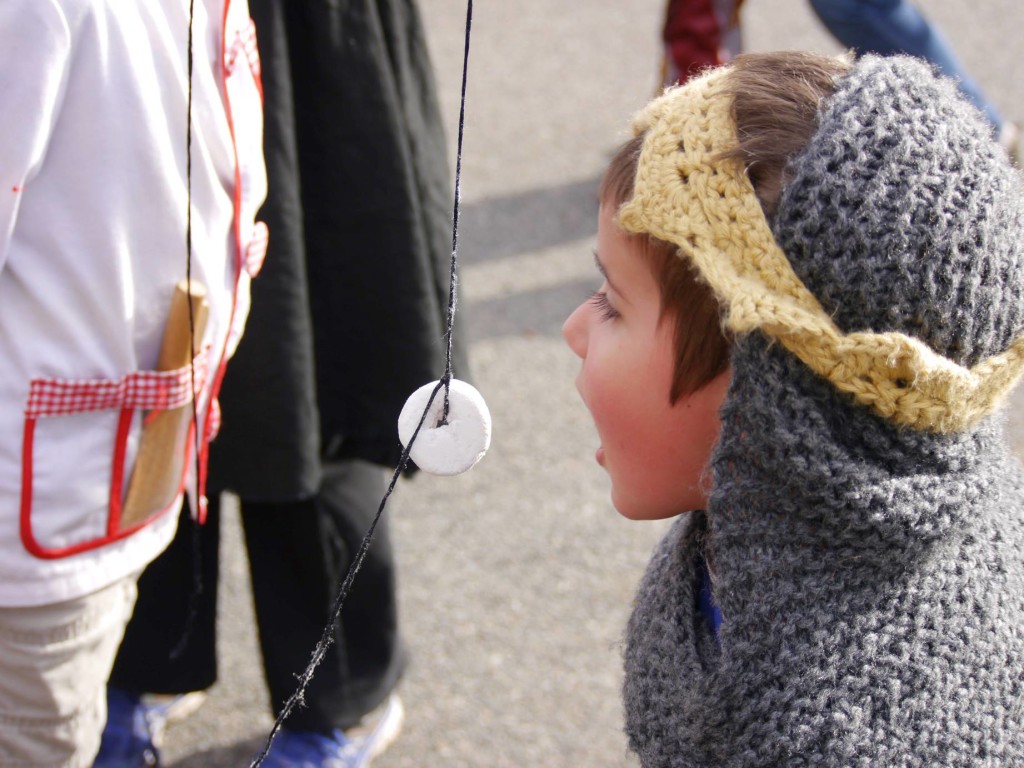 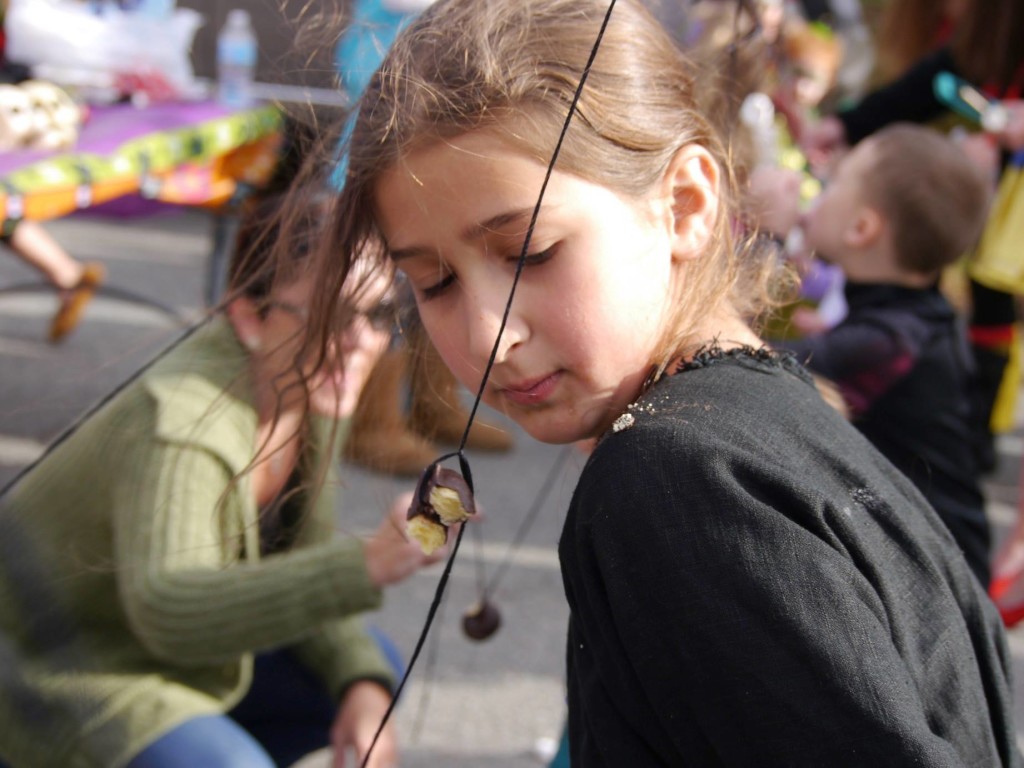 Bella uses the tried and true method of pinning the donut against her shoulder. 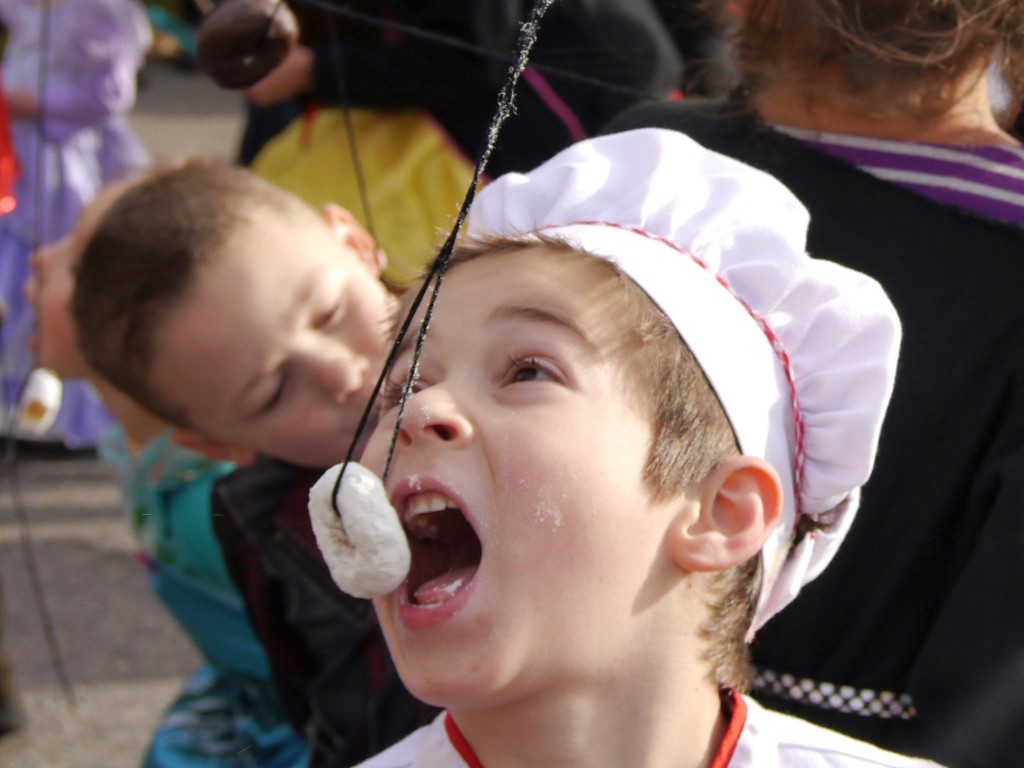 Ben goes for his donut 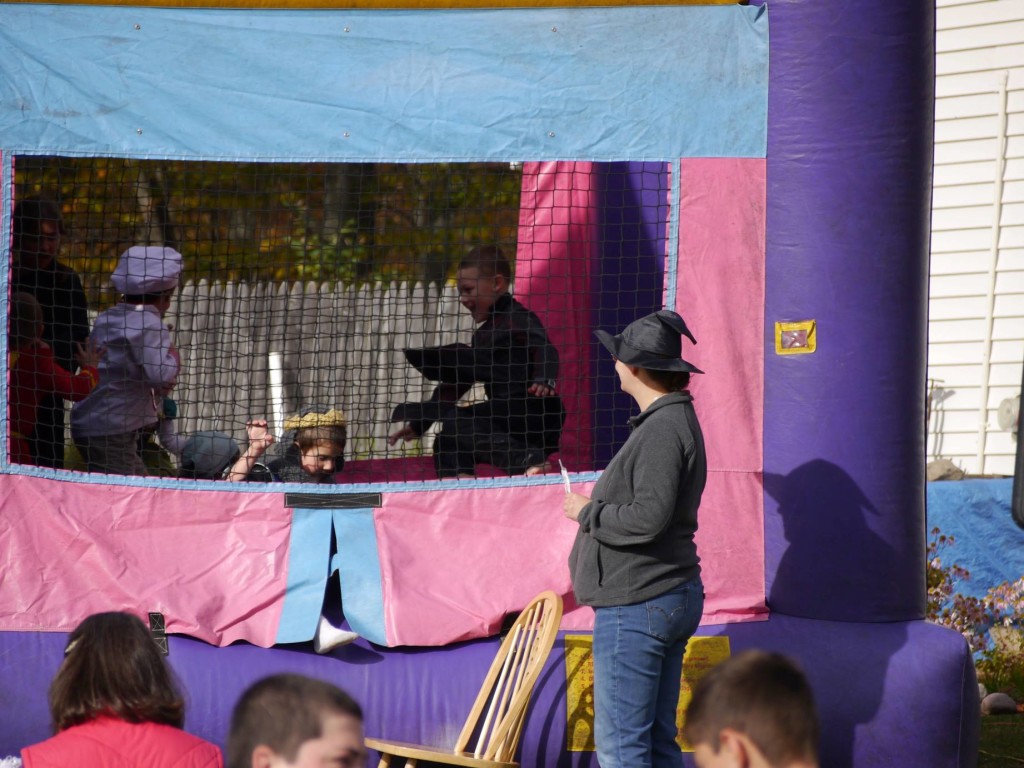 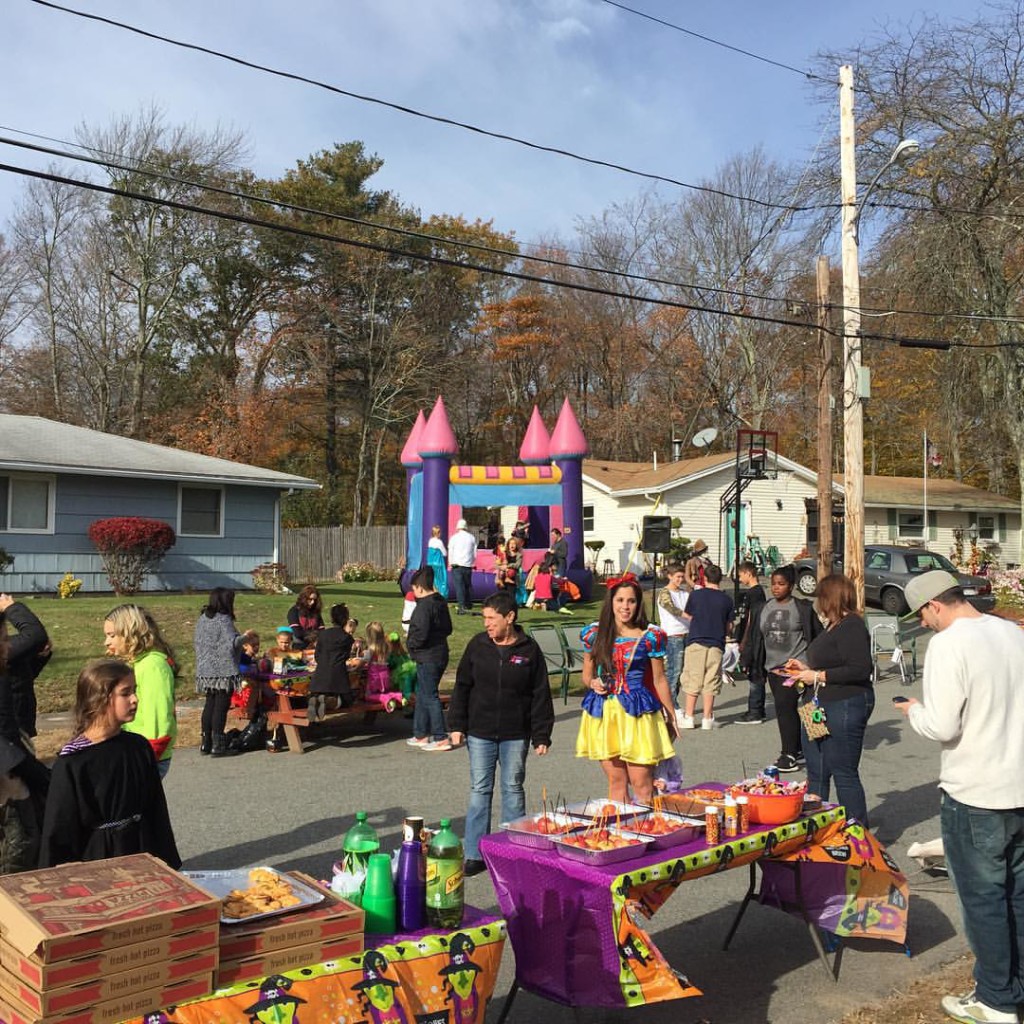