or I want to run away to Mansfield Park 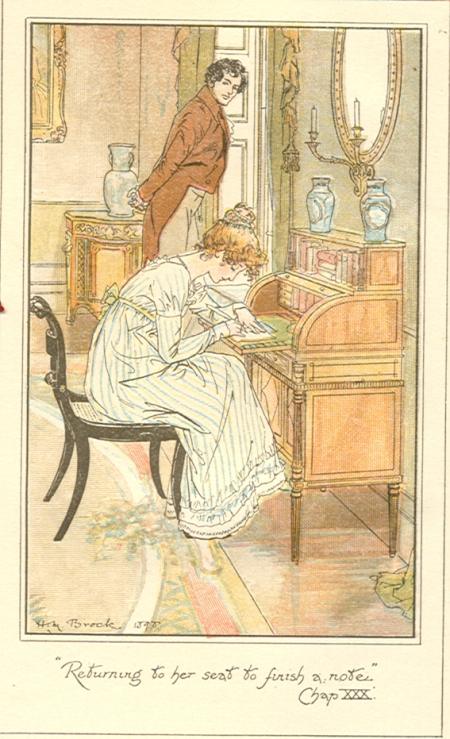 Last night when I read this passage in which Fanny, having been sent down in disgrace to stay with her family in Portsmouth to teach her the error of her ways, reminisces on the glories of Mansfield I realized that the Price house is my house. And what attracts me to Mansfield is the tranquility and orderliness.

On the contrary, she could think of nothing but Mansfield, its beloved inmates, its happy ways. Every thing where she now was was in full contrast to it. The elegance, propriety, regularity, harmony– and perhaps, above all, the peace and tranquility of Mansfield, were brought to her remembrance every hour of the day, by the prevalence of every thing opposite to them here.

The living in incessant noise was to a frame and temper, delicate and nervous like Fanny’s, an evil which no super-added elegance or harmony could have entirely atoned for. It was the greatest misery of all. At Mansfield, no sounds of contention, no raised voice, no abrupt bursts, no tread of violence was ever heard; all proceeded in a regular course of cheerful orderliness; every body had their due importance; every body’s feelings were consulted. If tenderness could be ever supposed wanting, good sense and good breeding supplied its place; and as to the little irritations, sometimes introduced by Aunt Norris, they were short, they were trifling, they were as a drop of water to the ocean, compared with the ceaseless tumult of her present abode.

I so very much want, to live in a place like Mansfield Park.