By Melanie Bettinelli on July 9, 2014 in Benedict 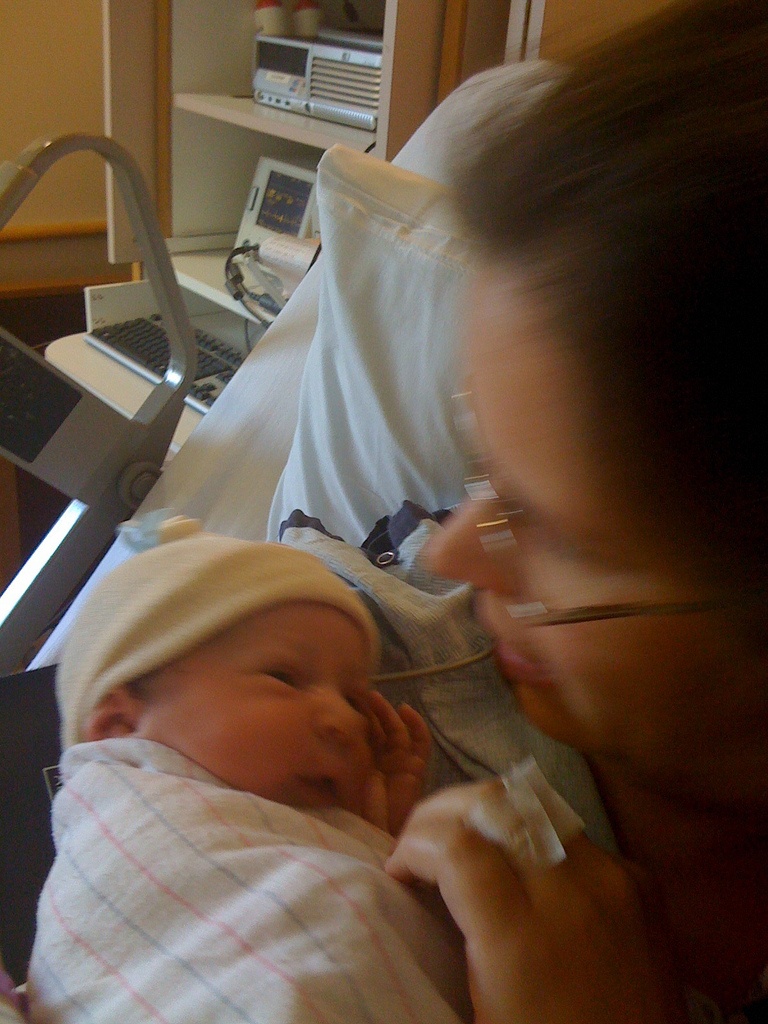 Today my Ben celebrated his fifth birthday. What a joyful day it was.

He opened his presents right after breakfast so that he’d have the whole day to enjoy them. (Of course this pretty much shot the heck out of our school day, so I declared a holiday.)

by Hilda van Stockum. A knight figurine. A Lightning MacQueen racetrack. From my mom he got a couple of t-shirts, a knight figurine on horseback, a blue velvet dress up cloak with silver shield on the back. And some sandcastle molds.

He got to have a phone chat with Auntie Tree, even though at first he wasn’t sure he wanted to talk to her, he soon warmed up and chattered away about his new presents. A sweet, shy smile he has.

We had dinner at his favorite restaurant and then came back home to have chocolate birthday cake with chocolate frosting and star sprinkles. While we ate cake we had a video chat with the Campbell cousins, all 8 of them! A joyful chaos.

A simple day. A joyful day with family. Ben said he was so glad Grandma was able to be here for his birthday. Above all, lots of love for my sweet little boy who is getting so very big so very fast. 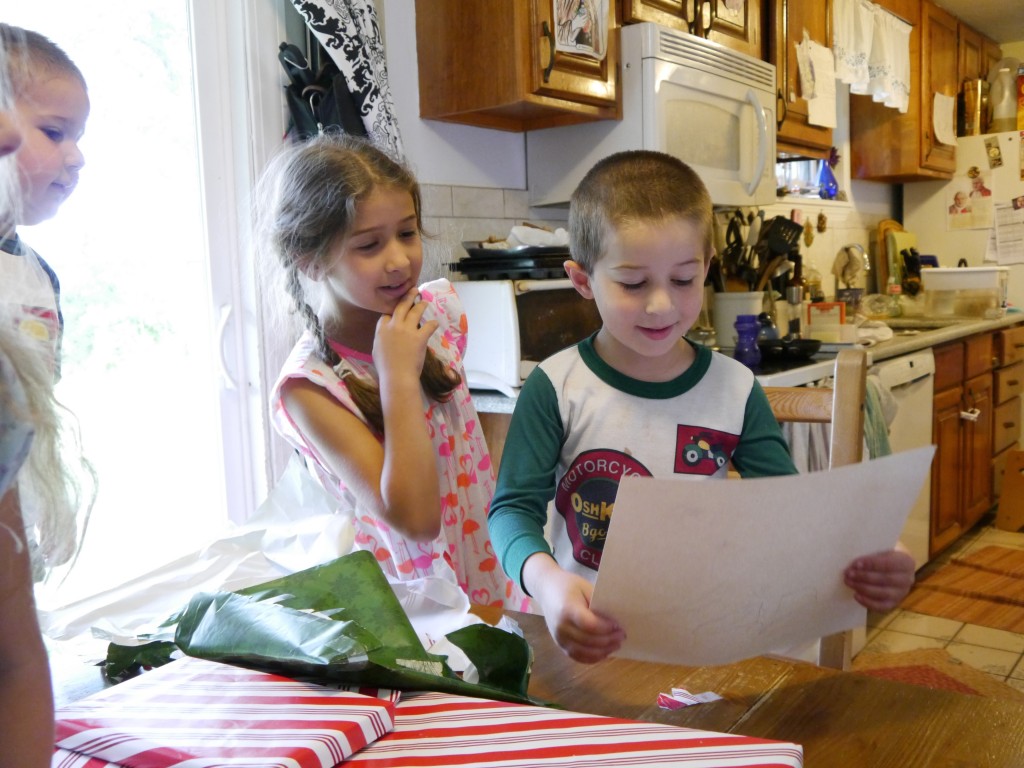 Bella gave him a picture she drew. 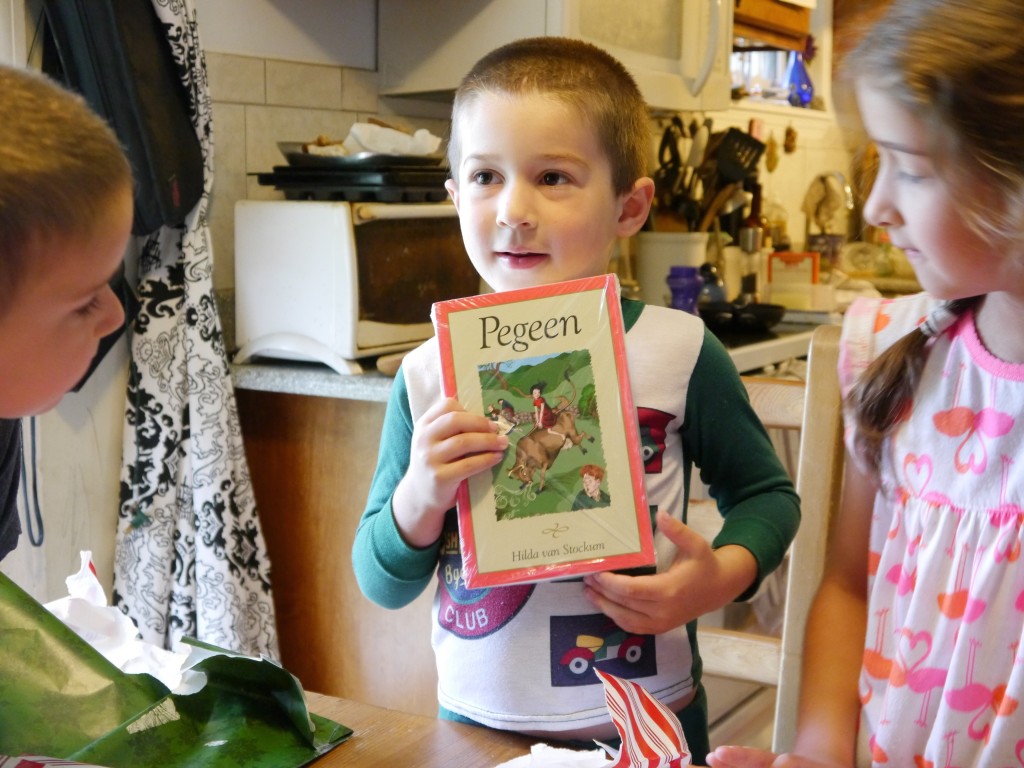 He was very happy to get the next book. 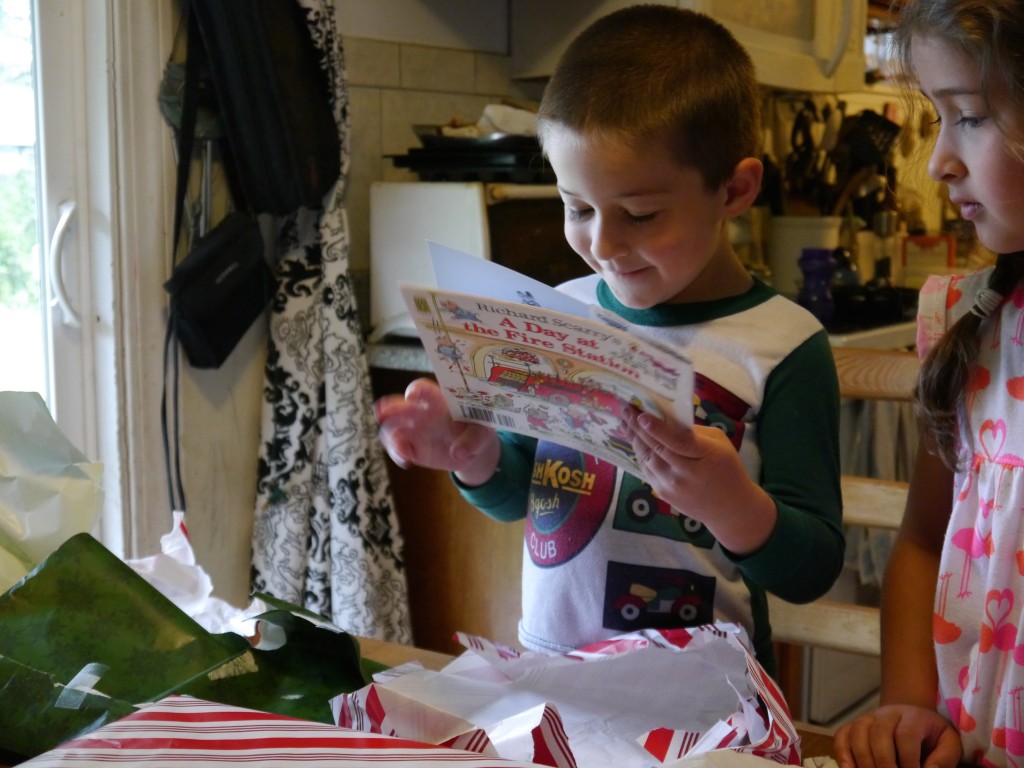 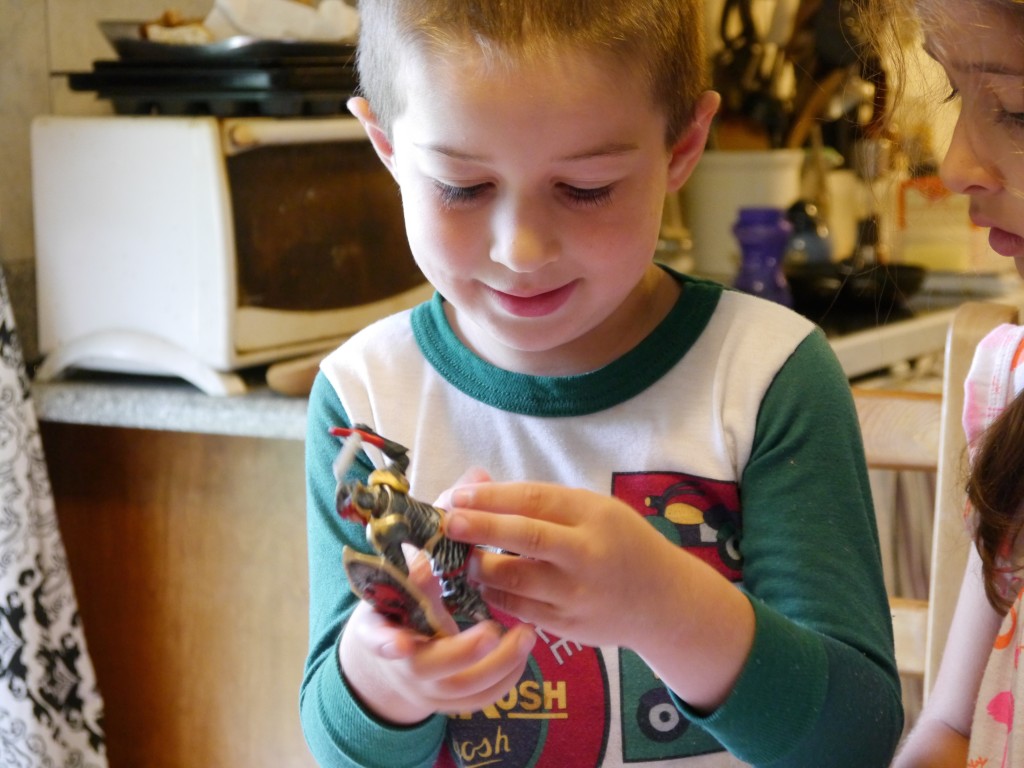 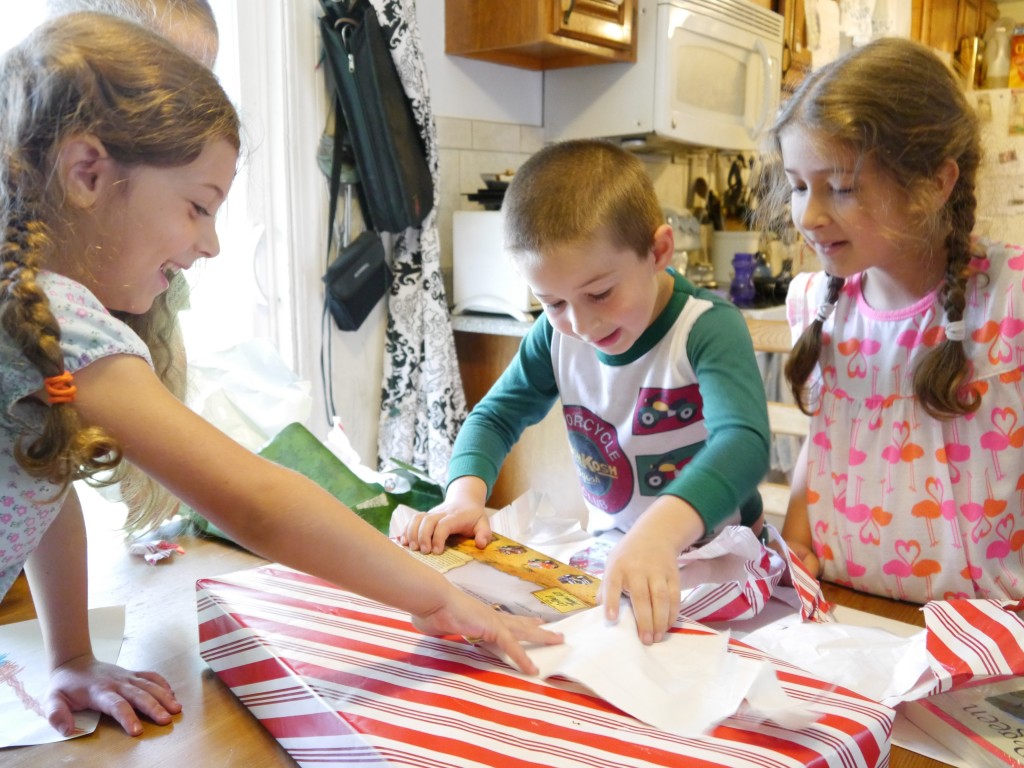 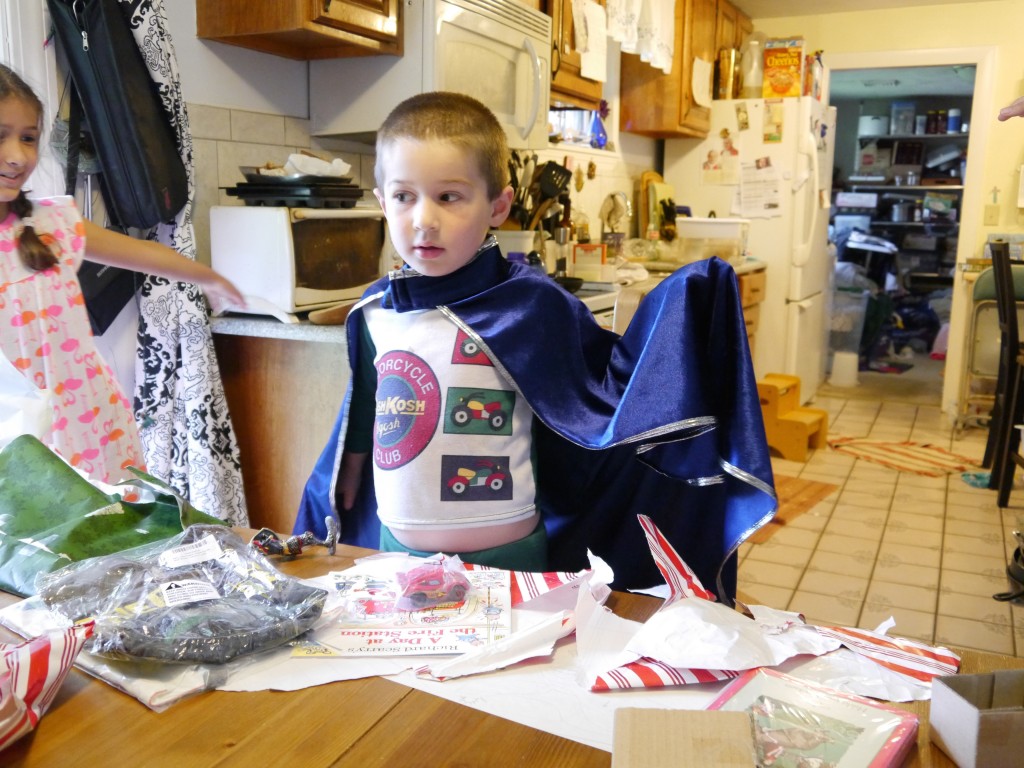 A cape to go with his knight costume. 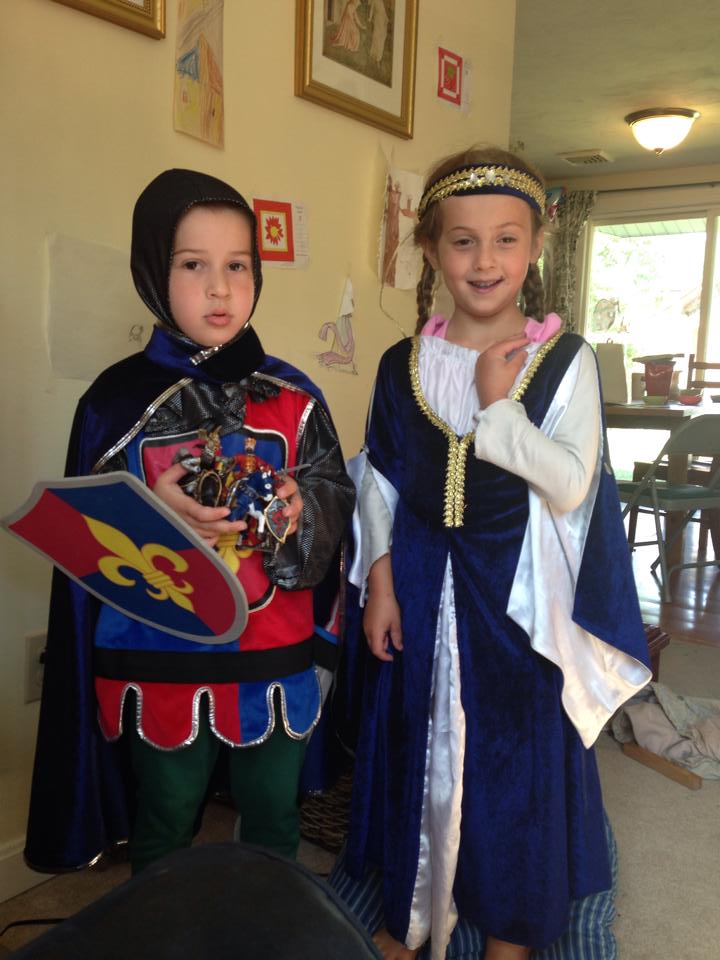 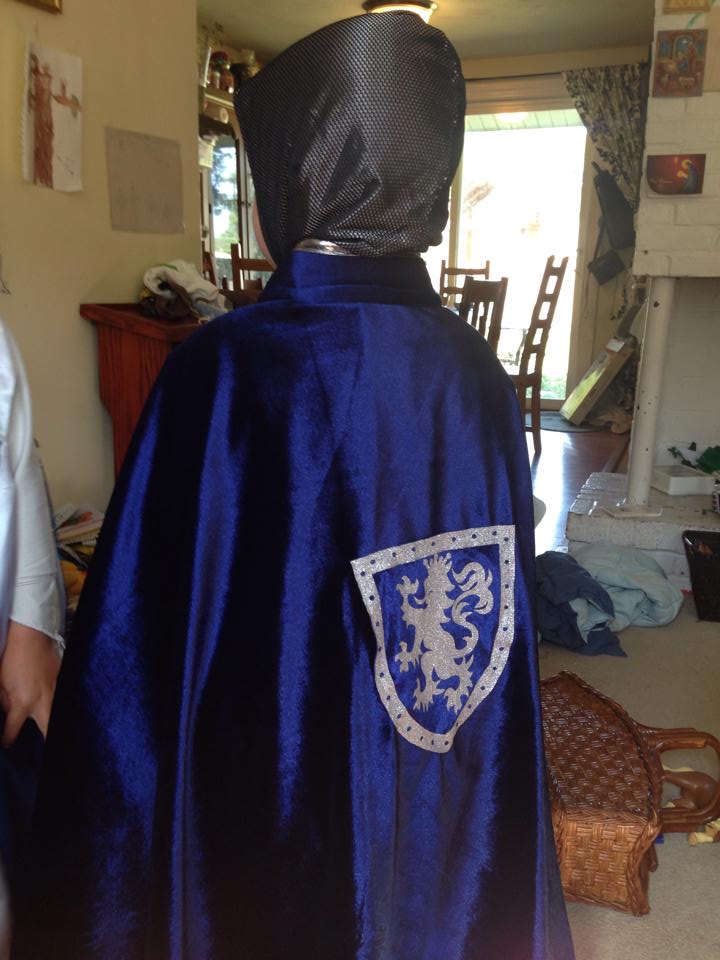 The back of Ben’s new cape. 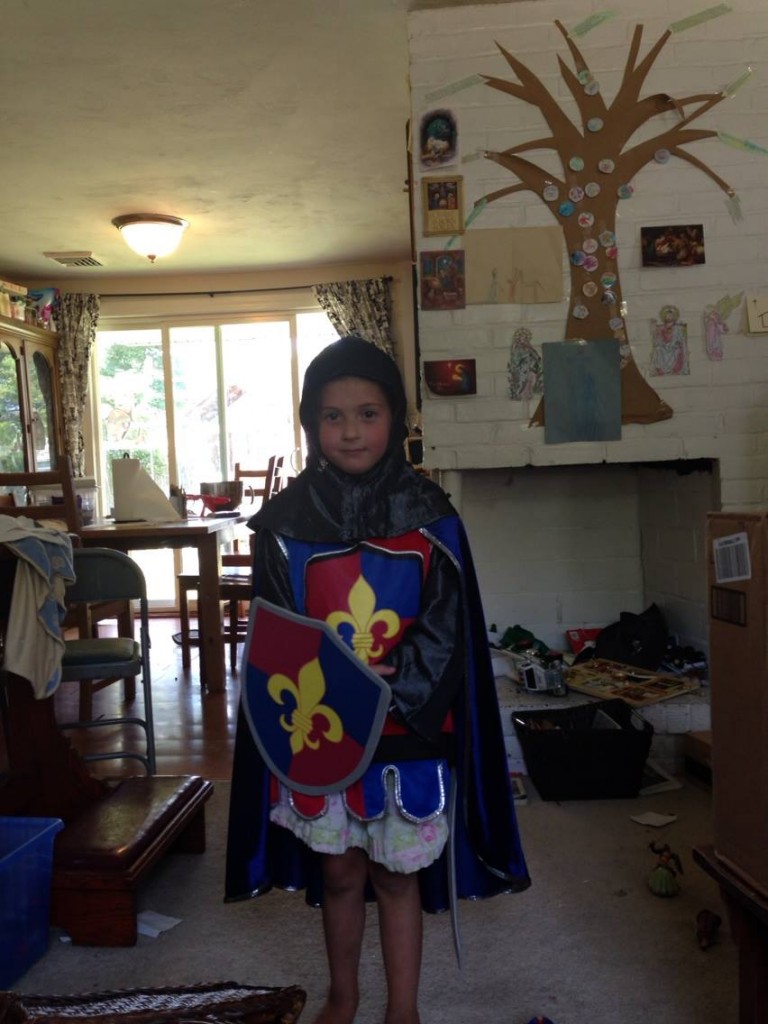 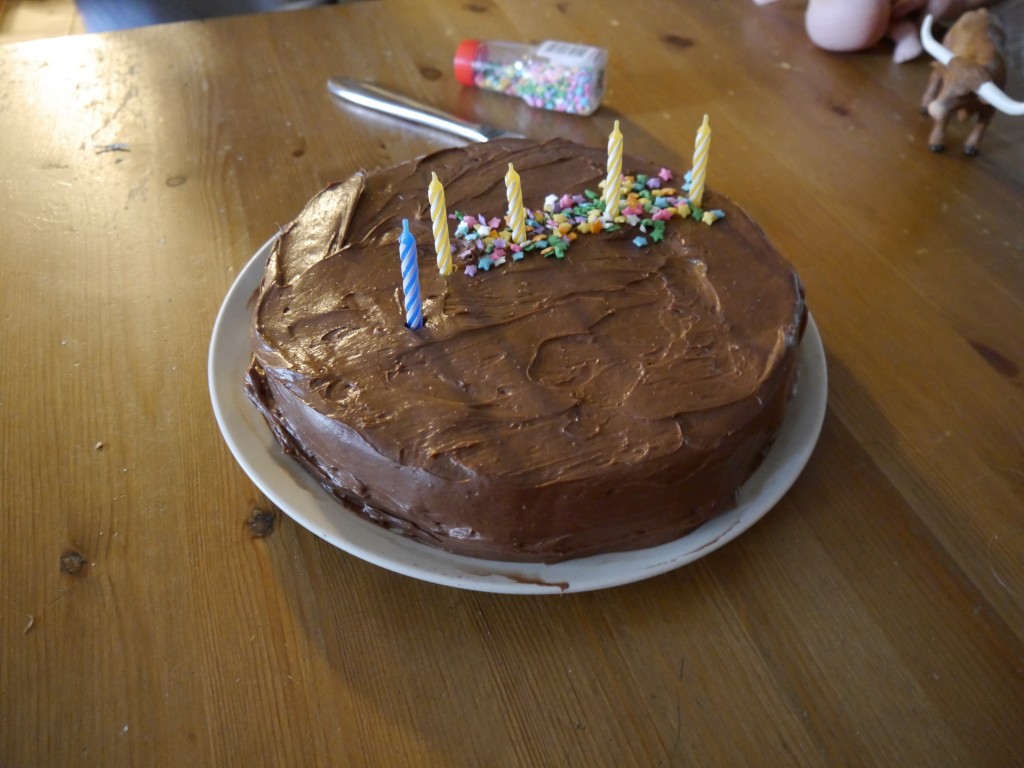 Chocolate cake. Ben did the sprinkles. He left most of the cake bare for those who don’t want any sprinkles. (The other kids added their own at the table.) 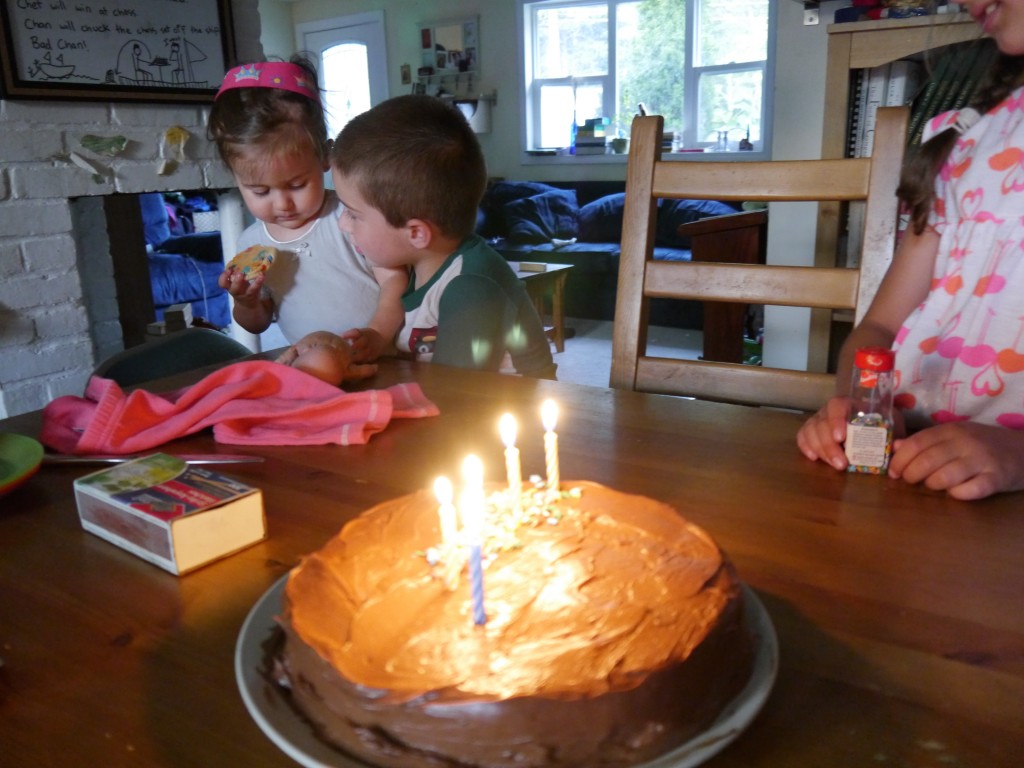 He got so embarrassed as we were singing to him that he hugged Lucy to deflect attention from himself. 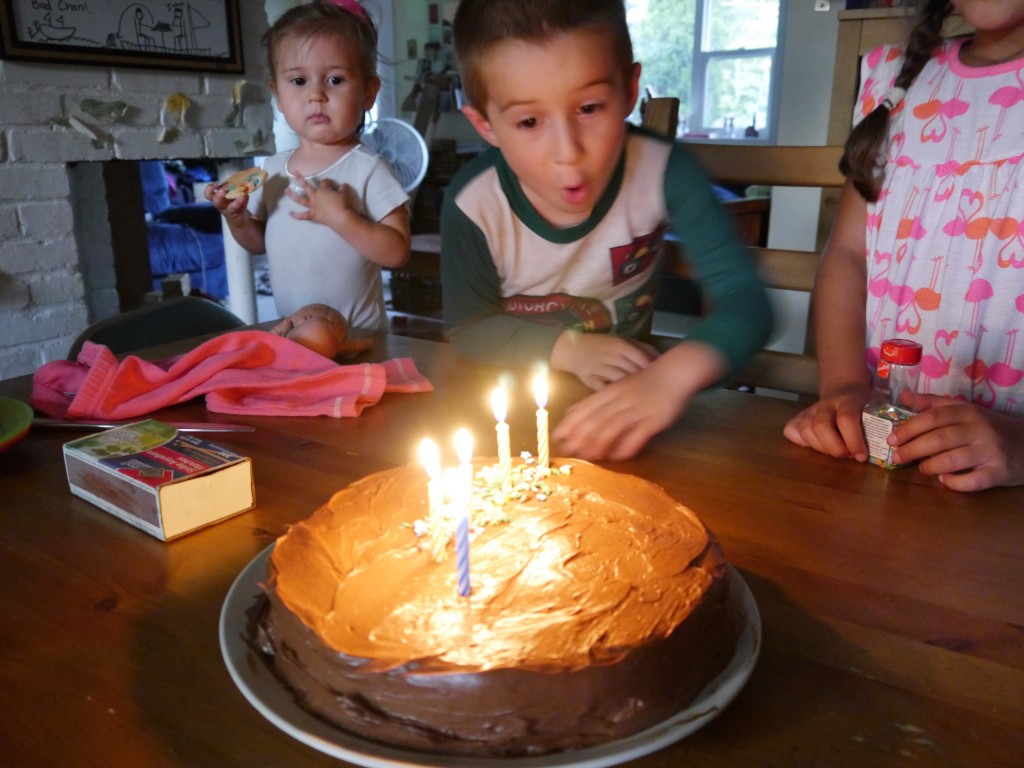 He didn’t hesitate at candle blowing.