The Language of Icons 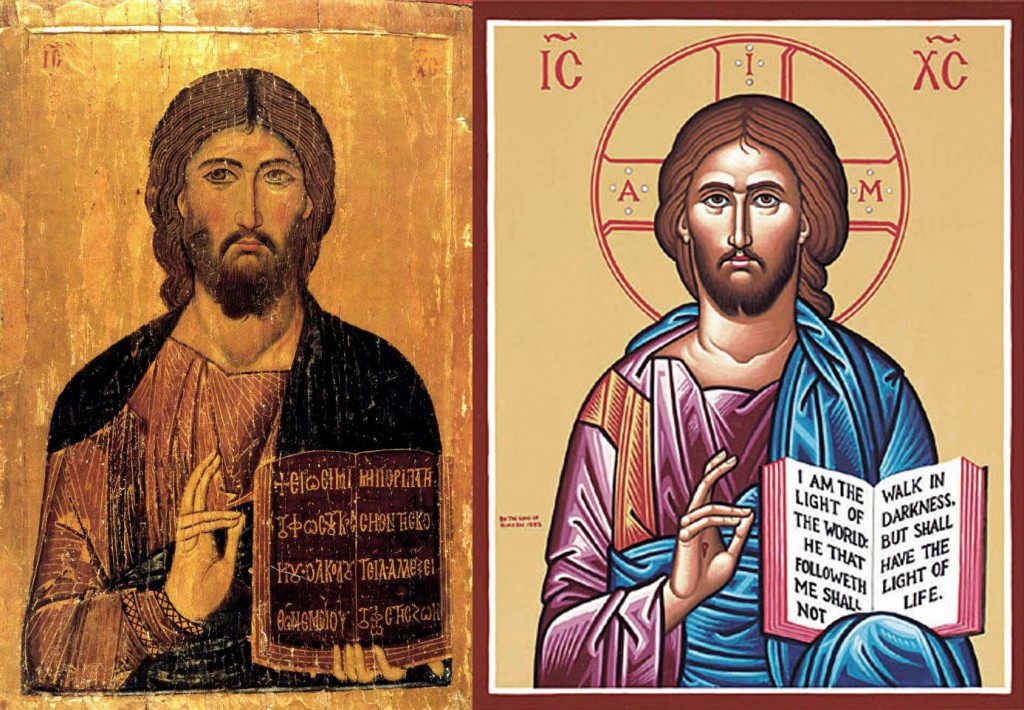 I may or may not have shared this before, but this piece by Priest’s Wife reminded me about three articles I stumbled upon earlier this year from the Orthodox Arts Journal and as I can’t find my previous blog post, if there was one, I figured it never hurts to repost, and anyway I found a third response to the first two pieces which I know I never read before. The question is one of terminology. It seems like even within the community of Orthodox iconographers, there is debate over the proper terminology, about whether it is mot proper to say one “writes” or “paints” an icon. And it’s more than just an issue of how to translate the Russian or Greek words, it gets into a great big tangle of theology and culture and language. I found these articles fascinating and thought provoking and thought they were worth promulgating, even if I don’t really feel equipped to add anything to the discussion.

Before I read the first piece, I’d always heard that the proper term was “write” an icon and I was fascinated to see the way the various authors challenged the language, explored the issues of translation, theology, art, and culture and pulled out the different issues at stake in the use of the two words.

First: Is “Write” Wrong?: A Discussion of Iconology Lingo
:

To get a better understanding of the ambiguity that Blogger David says “lies in the differences between the English and the Russian languages”, I interviewed several native Russian-speakers involved in arts performance and/or art pedagogy. Their comments are seasoned with the awareness that imprecise applications may have been derived from linguistic subtleties in the Russian language, which are not precisely transported into English.

In spite of the fact that the linguistic bastard “to write” was spawned from a collision of languages, its usage has been widely established and will be difficult to abolish. Why all the fuss about an innocuous neologism that helps to explain the visual-load of theological and historical information concerning the life of the Church?

And then a response: A Symptom of Modern Blindness – Further Thoughts on the Phrase “To Write an Icon”

I sincerely feel that the Orthodox Church has a serious problem with blindness to art (and also deafness to music – but that is another story). We benefit greatly from the cultural inheritance we received from the Middle Ages, but almost none among us can even imitate it, let alone build upon it. For the most part, churches are indifferent to beauty. They want things to ‘look Byzantine’, but will accept the worst imitations of Byzantine art as though an ugly icon or an ugly church is no worse than a bible printed in an ugly font – a minor technicality compared to the real meaning of the thing. The term “write an icon” is a symptom of this imbalance. The term itself is problematic, but the blindness that makes it attractive is a grave sickness for a church as ‘visual’ as ours.

Finally, yet another response: From Logos to Graph: Lost In Translation

So what word can we use? Should we use “write”? Although the word “paint” is a bit disappointing in that it refers to the application of the physical medium rather to a more encompassing process, it is far more connected to how people experience images in our culture. And in looking at an icon, the skill used to interpreting the visual cues, colors, symbols are more akin to how we interpret paintings in general than to how we interpret text. Although not dogmatic, there are as many visual cues and symbols in a painting by Gauguin than in an icon, it is only that they are maybe not anagogical (sorry, Mary.) Even though I can find Michelangelo’s Sistine Chapel heretical in its use of imagery, to say that an icon is somehow more “written”, has more to interpret, is farcical. It creates a hermetic category in which we place icons, a category which gives the illusion that we are somehow translating the notion “graph” more fully when in fact it is not the case.

The articles and comments are so rich that they deserve to be read in full. I hope the quotes I’ve pulled here serve to whet your appetite.