(Notes from last week that I meant to post this weekend, but we were too busy with going to the farmer’s market with my mother-in-law on Saturday and then gardening and confession and dinner and baths. And then on Sunday my niece’s confirmation.) 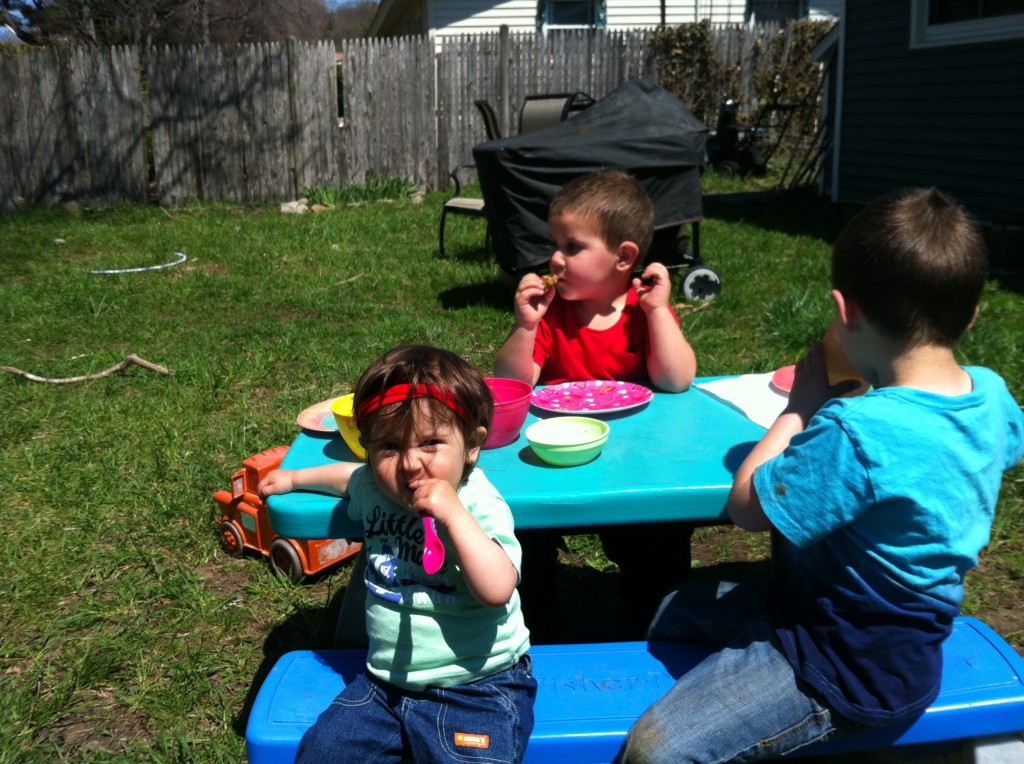 It finally feels as if spring is here. The good spring when it’s warm and dry and you can actually get out to enjoy the flowers and green grass. The barefoot days have begun. The baby thrilling to discover that she can sit in the swing for hours watching her big brothers and sisters, them discovering again how fun it is to push a squealing baby. 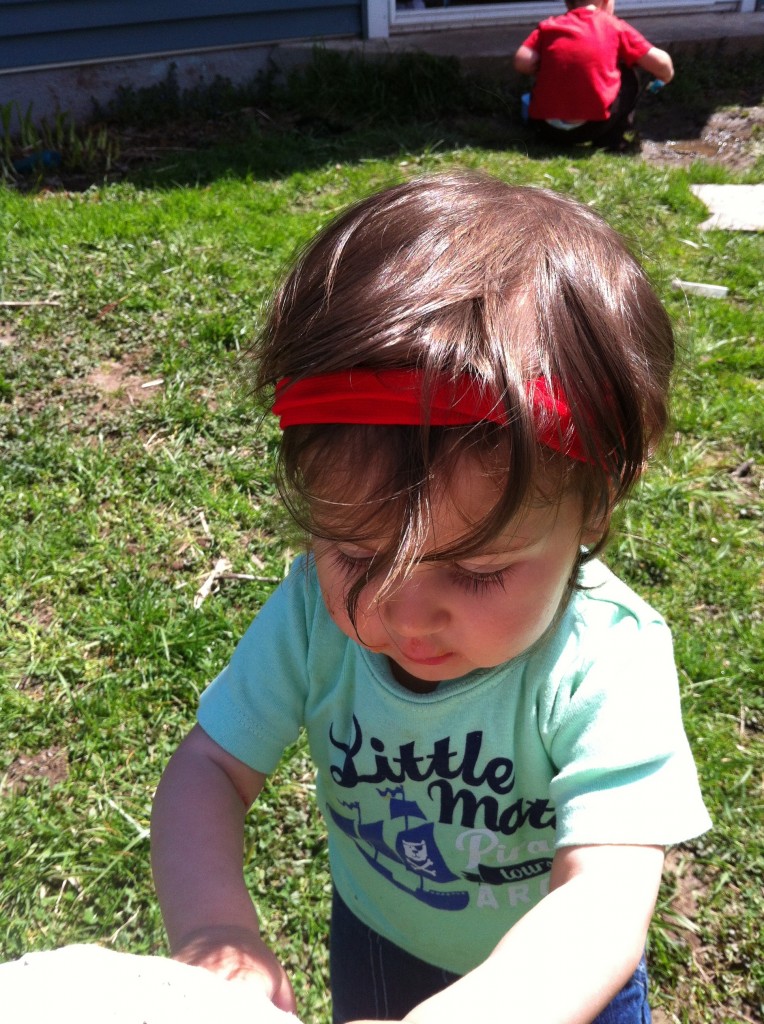 Monday’s field trip to Mt Auburn Cemetery has sparked a new interest in nature study. We were dabbling before, but this week we’ve been diving in. Wednesday we read our storybooks outside. A chapter of Little House in the Highlands followed by several sections in Comstock’s Handbook of Nature Study. We read about sparrows to continue our bird studies. So far this spring our feeders have only had sparrows and an occasional cardinal or starling. I haven’t seen any tufted titmice, no goldfinches either. We have been delighted to have a pair of robins building a nest high up in one of our maples. Bella has been observing some wasps in the yard. “What do they do all day when they aren’t flying around stinging people?” she mused with a little self-deprecation at her previous lack of interest in them. So out came Comstock and we read about wasps. Then she wanted to know what else the book had. So we read about bumblebees. Later she noticed a shiny green fly landing on her hand. So I googled “green fly” and found out it was a greenbottle. Add those to our list of things we want to learn more about. 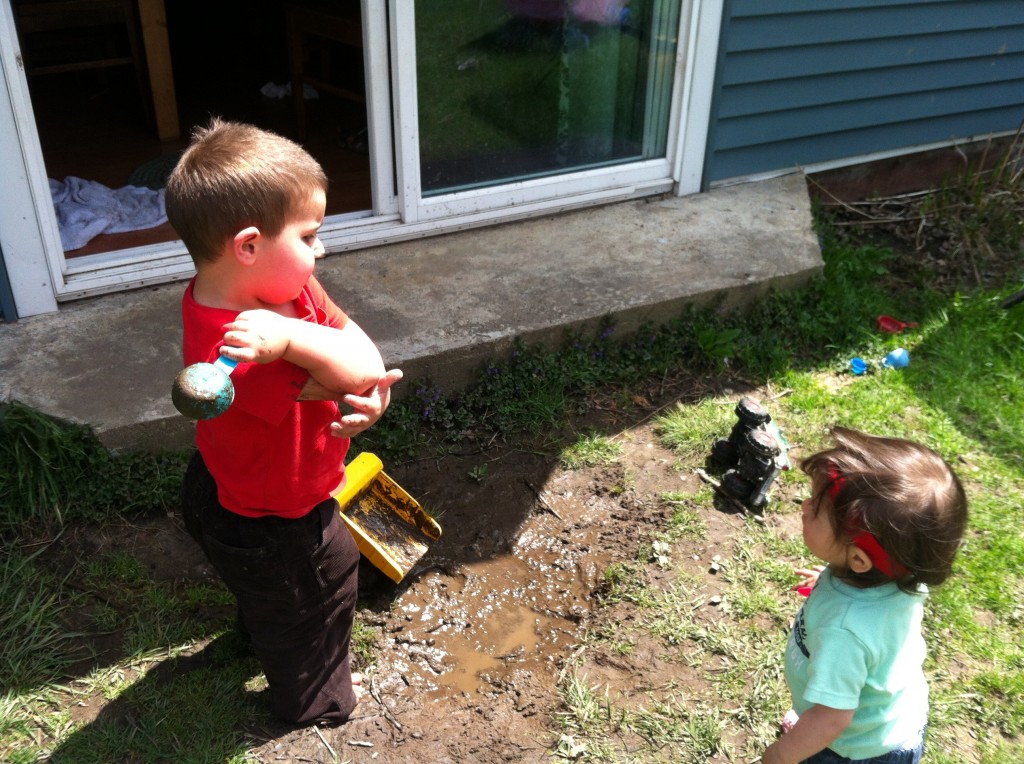 We pulled a bunch of weeds out of our garden bed and planted some of the sunflower seeds we harvested last fall. We also tossed in some zinnias and poppies. I really hope they all come up. Last year’s flowers were so glorious.

Then Bella rediscovered one of her favorite books, The Fantastic Flying Journey: An Adventure in Natural History by Gerald Durrell and Graham Percy. I picked it up at a book sale when she was a baby and I’m so glad I’ve had it lying around. It’s a lovely book that follows an eccentric family on a journey around the world in a hot air balloon. They interview animals and learn about their habits and habitats. It’s a great introduction to geography and nature study. We read a bit of it at bedtime on Wednesday and then more Thursday afternoon. 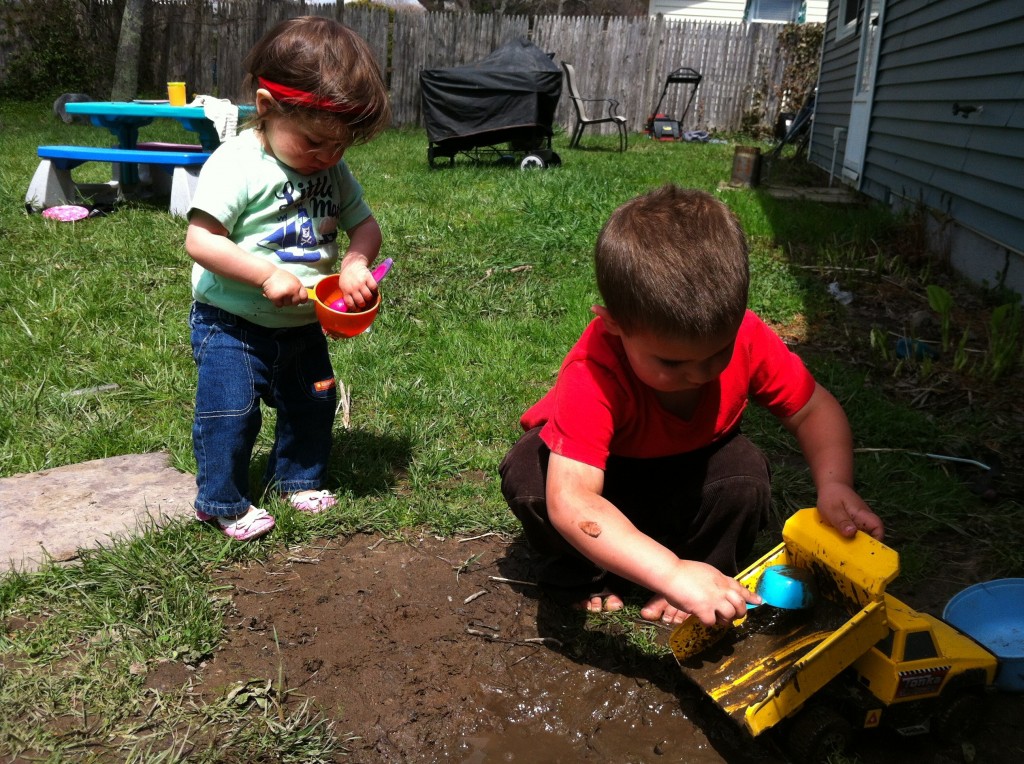 On Thursday I continued my pattern of afternoon snoozes. I fell asleep after reading the Fantastic Flying Journey and then woke up and went back for round two: More Little House in the Highlands, the story of Eeyore’s Birthday in our Pooh collection. How delightful that Bella and Sophie now understand what a poor speller Owl really is and how fun to watch Ben giggle. Sadly, Anthony, who had requested the Pooh in the first place, fell asleep before we had a chance to read it.

Also, I found a book my mom gave me years ago at about the same time that Miss Potter came out: The Journal of Beatrix Potter from 1881 to 1897 by Beatrix Potter and Leslie Linder. A delightful book that tells the biography of Beatrix Potter in the form of a journal. With flaps to lift and envelopes to open that contain handwritten letters. It’s a visual delight. 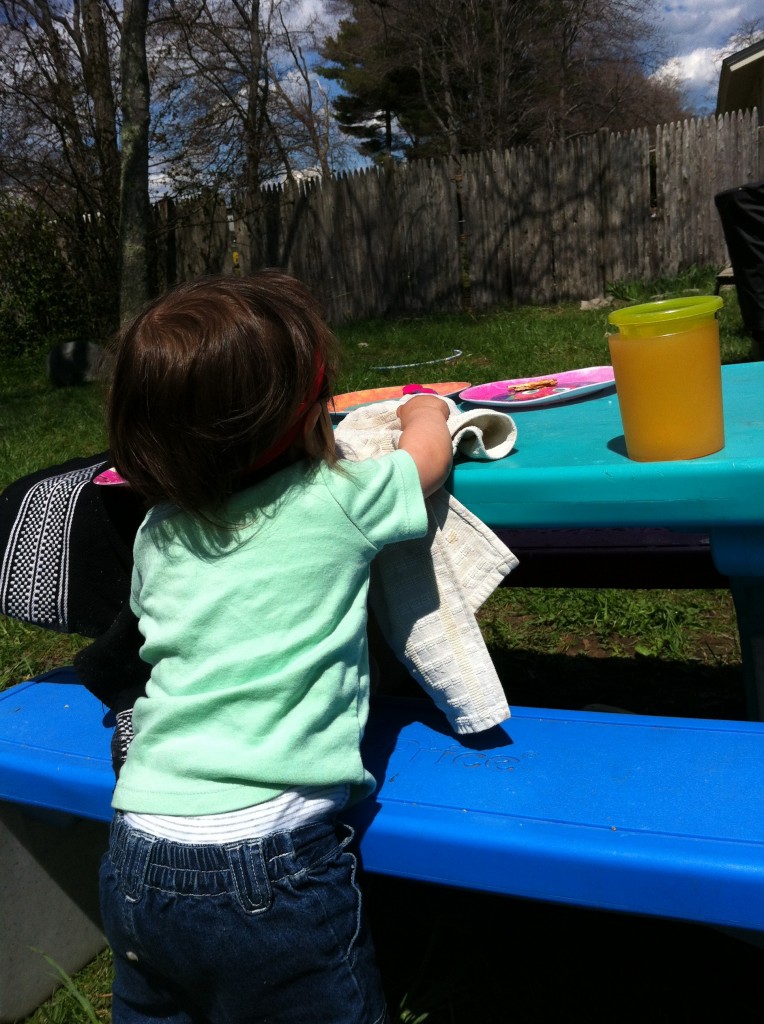 And then we read a few chapters in the new history textbook: The World’s Story. Although it isn’t quite as lively as Story of the World, it certainly has much more detail about history from a Catholic perspective. We read about the Peasants Revolt and Joan of Arc and the Hundred Years War and the Wars of the Roses and the Avignon Papacy. I wish I’d had this all along to balance out the stuff that SOTW misses. 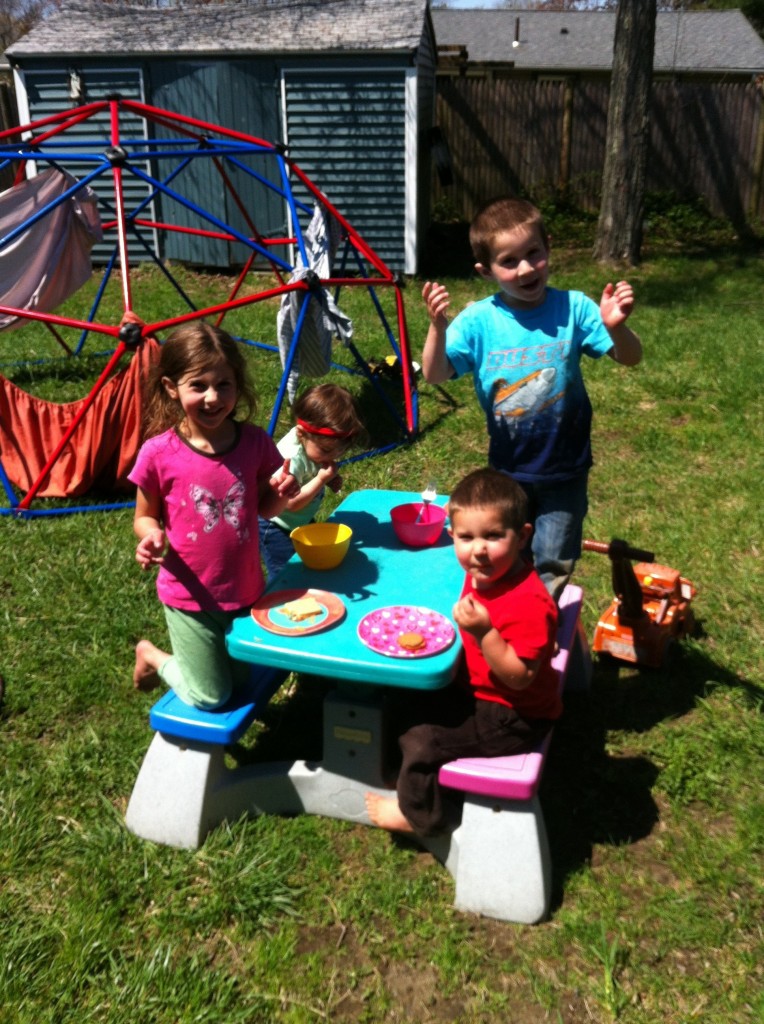 Next up: Bella wants to learn more about grey squirrels. I’m putting this one on hold: Gray Squirrel at Pacific Avenue. It’s one of her favorite series, the Smithsonian’s Backyard. And also more about robins. 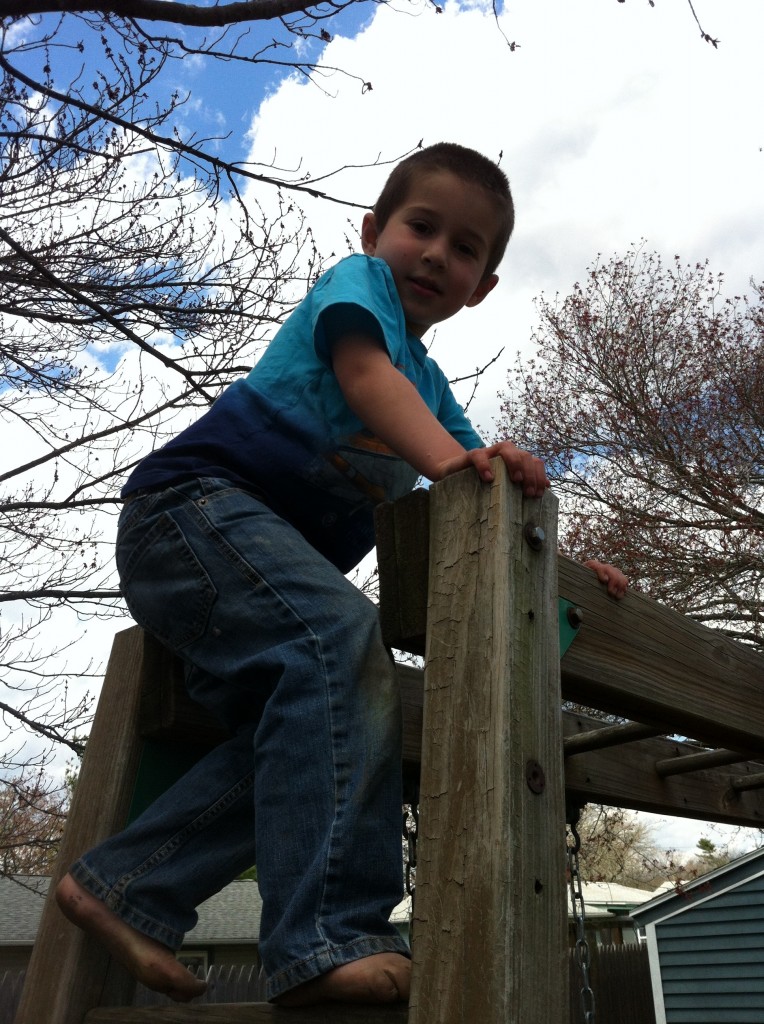 On Friday we limped our way through math this morning. Poor Bella woke up on the wrong side of the bed and was irritable all day. She required a break halfway through answering the Life of Fred questions. But she did come back to it later and finished them all. Sophie has finished Saxon and we’re dabbling with Miquon. Today we made a staircase with the Cuisinaire rods that went from 1 to 30. 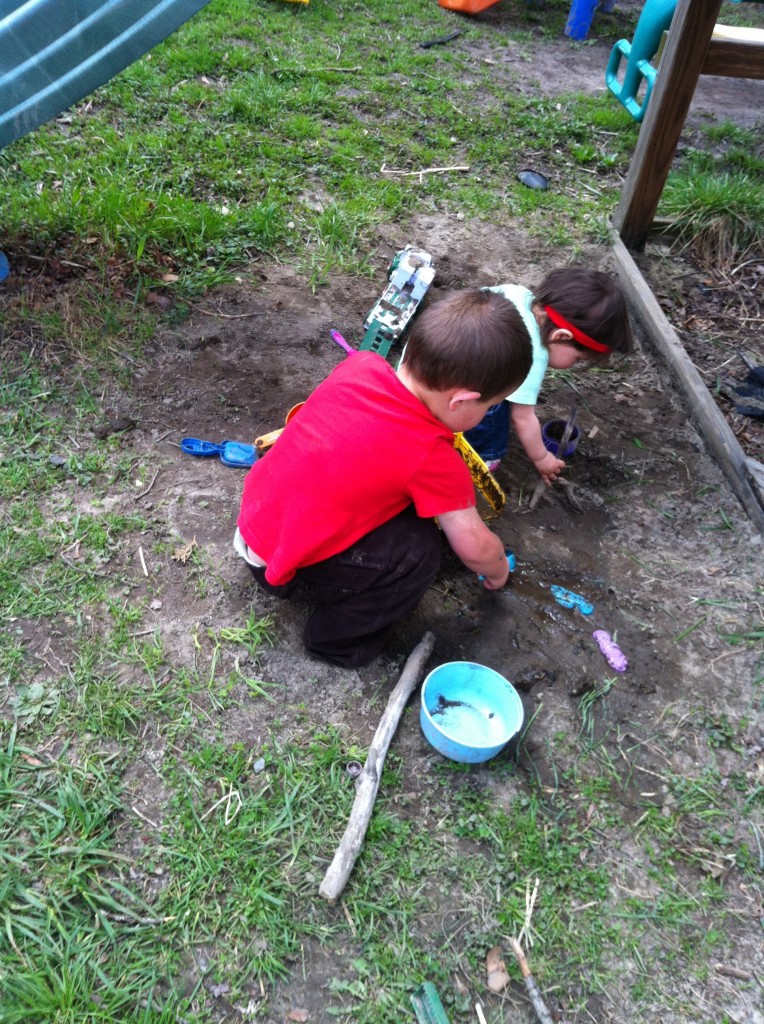 Bella’s copywork has been alternating between passages from Narnia and antiphons from Morning Prayer. Today it was an antiphon, yesterday a sentence from The Horse and His Boy. We’ve worked out a system where I write it out on a piece of ruled paper and she traces over the letters on tracing paper. Sometimes Sophie will trace the same sentence as Bella, but she also likes copying passages out of picture books. 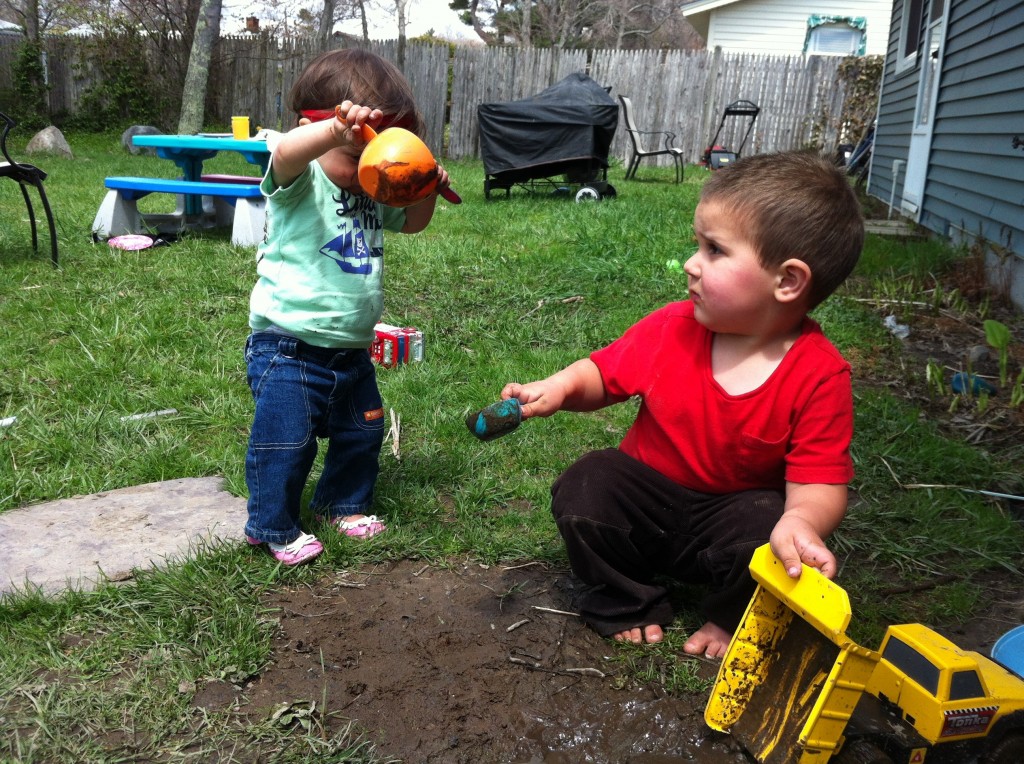 We finished Little House in the Highlands. Big sigh. There was much consternation and distress at Lady Flora’s demise and much relief and consolation in the thought of the Water Fairy caring for her and of course in Duncan’s fairy dolls. I think the Scots vs Picts game was an especial favorite. And I don’t recall where she learned about drop spindles, but Bella figured out the answer to Martha’s dilemma before Auld Mary produced it. 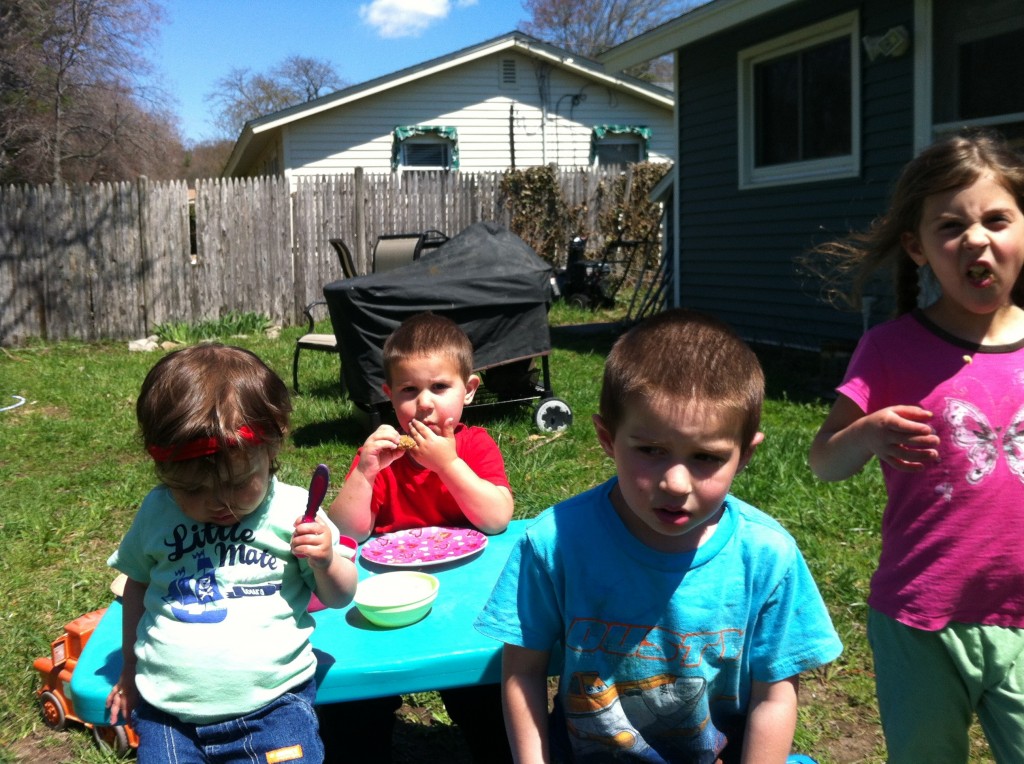 We read a bit more in the Beatrix Potter Journal– we got up through her engagement and the death of Norman Warne. And Anthony requested Jane Yolen’s Owl Moon. I love doing the owl hoots in that one. So fun. And the pictures are gorgeous. It seemed appropriate too after Monday’s owl pellets.

It was a rainy day so everyone was cranky at being cooped up inside. Lucia seems to be working on a tooth too.

I’ve been dipping in to a couple of books about dodos. And starting The Dresden Files. And getting into too many debates on Facebook. 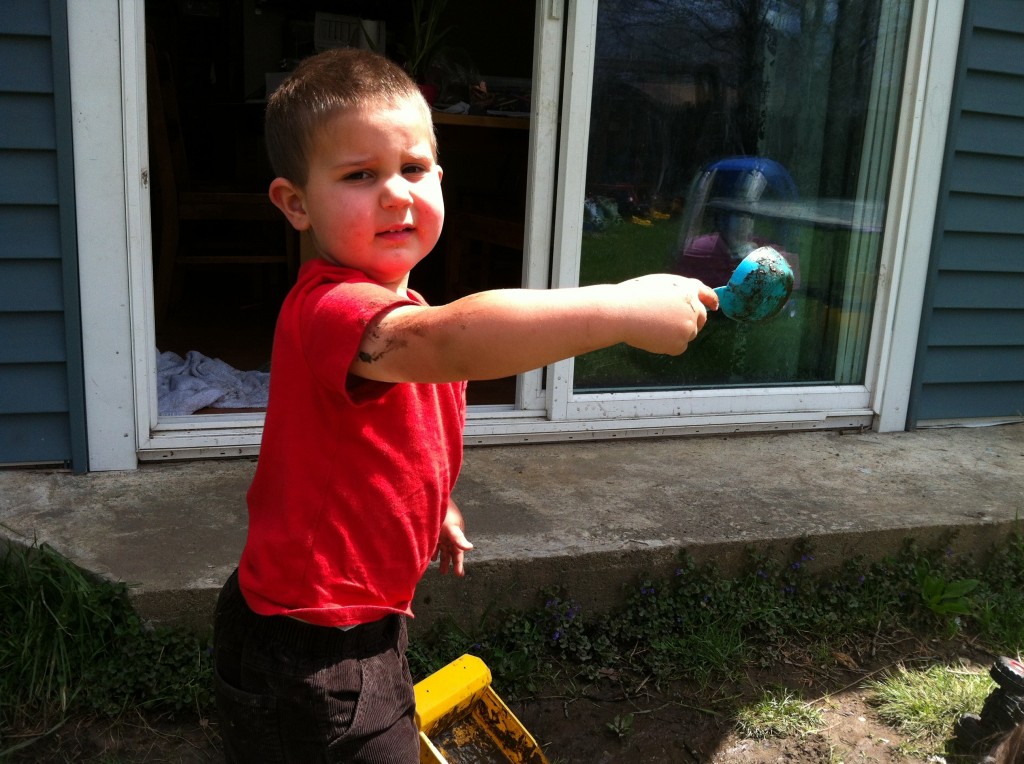