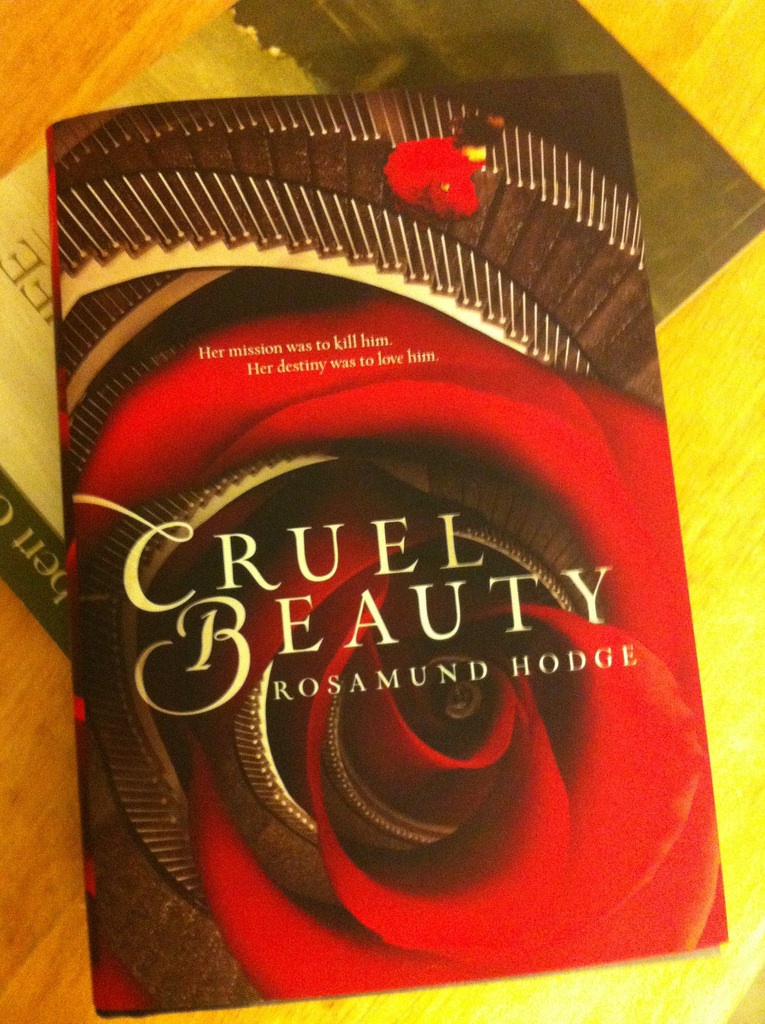 So Darwin‘s sister, Rosamund Hodge, has a book out and the Darwins are bragging. I’ll admit, I read the teaser mostly out of curiosity and loyalty to my friends. But after that the story sold itself. (I didn’t realize until after I finished the novel and read the author’s bio that she’s also a University of Dallas graduate. That probably would have sold me right there. Gotta support my fellow U.D. English majors.)

is not just a retelling of Beauty and the Beast– is also a retelling of the myth of Eros and Psyche. I’d never realized before that they were really two versions of the same story. More, the story’s cocktail not only borrows from Greek mythology but also from Bluebeard, the Scottish Tam Lin and other sources. I think I’m going to be unpicking fairy tale motifs for a while. Oh and there’s a good dash of influence from C.S. Lewis’ Till We Have Faces and T.S. Eliot’s Four Quartets– oh the scene that draws from Eliot is a gem that had me literally gasping with delight. But nothing about Cruel Beauty feels derivative and it certainly does not seem like a patchwork quilt. Hodge develops a believable world with it’s own mythology and history that feel fresh and original and the narrative is seamless.

Her heroine, Nyx, tells the story in the first person, a risky narrative choice. It works in part because Nyx is a reflective person, aware of her own failings, and it carries the reader along through the mystery that is Nyx’s marriage to the Gentle Lord, the demon who holds her world captive, her blind spots making her into a not always reliable narator. The twisted romance at the heart of the novel also reminds me very much of the love story in Guy Gavriel Kay’s novel, Tigana, in which the heroine Dianora, sets out to kill the sorcerer-king Brandin who has put her homeland under a curse but finds herself drawn to him. It’s the classic conflict: what happens when love and duty collide? And I love that the characters are none of them black and white but all manage to be sympathetic to some degree. The ending managed to surprise me, though I saw certain elements coming a long way off, there were deft twists.

On the whole a most enjoyable book and I’d have flipped back to the beginning to read it over again had my sister not snatched to book to read it herself. Now that she’s finished I may just have to dive back in for another visit.