HE WILL COME AGAIN IN GLORY: Professing the Creed beyond the Year of Faith

CREDO: Professing the Creed beyond the Year of Faith

HE WILL COME AGAIN IN GLORY

by Melanie Bettinelli and Theresa Scott

[I’m doing something a bit different here. Trying to think how to write this post, I had a long IM chat with my sister. Then I put the chat transcript into a document and tried to edit it into something coherent.

So this is sort of co-written by the both of us. It’s kind of rambling, scattered, two voices talking, seeking, asking and answering. I haven’t tried to distinguish the voices. I’m not even sure I could. It’s sort of stream of consciousness, thoughts thrown at the page.

I’m finding these days I can write in bits and pieces but I can’t edit at all. That requires a certain clarity of thought I just can’t seem to achieve in this crazy life. So even though it’s still a mess, I’m done fiddling with it. I’m going to put it up here and if it’s useful, it’s useful. If not, everyone can just pretend it never existed.]

“He will come again in glory,” I can’t read this phrase without thinking of the Book of Revelation and The Last Judgment.

The Last Judgment. The Sistine Chapel comes to mind and bas reliefs over the doorways of Gothic cathedrals. Images of Christ on his throne, the souls of the damned being dragged down, the blessed being raised up. How to look beyond the painting that my eyes hardly see anymore? How to see something new?

Here’s a thought. The Last Judgment isn’t just about sorting souls: you on this side, you on that side. It is the final conquest of sin and death. We don’t just look forward to going to heaven, to being freed from sin in this world; but we know that in the last judgment when Christ comes in glory, that glory will transform the world itself. New heavens. A new earth.

Not just our souls. Everything. All creation made new.

We will be reunited with him in glory. The whole of creation groans to be reunited with her spouse, and when the final judgement comes, he will transform even the lowliest of creatures, everything on the earth, with his glory, not just Man. So that all of creation will be truly cleansed, adorned and married to Christ. This is the great wedding feast, the happy ending to beat all happy endings.

Though already present in his Church, Christ’s reign is nevertheless yet to be fulfilled “with power and great glory” by the King’s return to earth. This reign is still under attack by the evil powers, even though they have been defeated definitively by Christ’s Passover. Until everything is subject to him, “until there be realized new heavens and a new earth in which justice dwells, the pilgrim Church, in her sacraments and institutions, which belong to this present age, carries the mark of this world which will pass, and she herself takes her place among the creatures which groan and travail yet and await the revelation of the sons of God.” That is why Christians pray, above all in the Eucharist, to hasten Christ’s return by saying to him: Maranatha! “Our Lord, come!” (CCC 671)

But I feel like I need to back up a minute. I’m skipping over a key word here. What is “glory”? I’m afraid it’s one of those nebulous words, those Bible words that feels vague to me because they seem so self-referential, circular reasoning. Describing God by saying that he is God-like.

So I looked at the article on “glory” at New Advent, which begins maddeningly enough, by telling me that “the word Glory, one of the commonest in the Scripture, is used to translate several Hebrew terms in the Old Testament, and the Greek doxa in the New Testament.” I wish the article were clearer and explained what the different Hebrew terms were and what each means and where each is used.

Don’t just tell me, “it’s used to translate several Hebrew terms” and leave it at that, New Advent. I want details. Precision. These things matter! So, yeah, the geek in me finds that profoundly unsatisfactory. I had to go searching elsewhere.

This article explains and translates one of the Hebrew words:

First we must recognize that the “glory” is something that will be seen.

Secondly, the word “glory” is an abstract word. If we look at how this word is paralleled with other words in poetical passages of the Bible, we can discover the original concrete meaning of this word.

The original concrete meaning of kavod is battle armaments. This meaning of “armament” fits with the literal meaning of the root of kavod which is “heavy” as armaments are the heavy weapons and defenses of battle.

In the Exodus 16:7, Israel will “see” the “armament” of YHWH, who is the one who has done battle for them with the Egyptians.

Now this is concrete. The image at the root of the Hebrew is heavy armaments. Armor, weight, strength, bows, shields. This I get. So in Hebrew “glory” can refer to God’s strength. The strength of him who conquers all sin and death. Christ the warrior.

Back to the article at New Advent:

Sometimes the Catholic versions employ brightness, where others use glory. When this occurs, the original signifies, as it frequently does elsewhere, a physical, visible phenomenon. This meaning is found for instance in Exodus 24:16: “And the glory of the Lord dwelt upon Sinai”; in Luke 2:9, and in the account of the Transfiguration on Mount Thabor.

In very many places the term is employed to signify the witness which the created universe bears to the nature of its Creator, as an effect reveals the character of its cause.

Frequently in the New Testament it signifies a manifestation of the Divine Majesty, truth, goodness or some other attribute through His incarnate Son, as, for instance, in John 1:14: “(and we saw his glory, the glory as it were of the only begotten of the Father,) full of grace and truth”; Luke 2:32, “A light to the revelation of the Gentiles, and the glory of thy people Israel”; and throughout the prayer of Christ for his disciples, John 17.

Here too, as elsewhere, we find the idea that the perception of this manifested truth works towards a union of man with God.

In other passages glory is equivalent to praise rendered to God in acknowledgment of His majesty and perfections manifested objectively in the world, or through supernatural revelation: “Thou art worthy, O Lord our God, to receive glory, and honour, and power: because thou hast created all things”, Apocalypse 4:11: “Give glory to the Lord, and call upon his name”, Psalm 104:1.

Glory, refers to the transcendent grace-filled state in which Jesus the Son stands fully in the presence of the Father. To come in glory is to bring that heavenly fullness with him to earth.

Instead of our souls being raised to heaven, heaven comes to earth. Not veiled, in the Eucharist but fully seen and realized. Naked.

Filling us. Filling the whole world.

We don’t know what we shall be.

We shall see him face to face. Even Moses had to veil his face and he wasn’t able to look at God directly.

He will come as God, not to be mistaken as man. He will be clearly seen in the brightness of God, in the appearance of God, with the Might, the power of God.

There will be no mistaking him. We will see clearly and the veil will be ripped from the Presence when He comes. We will stand naked before him on his fullness, and the weight of His fullness will utterly destroy the hold of sin and death upon us or utterly convict us in our sin.

Basically, anything I say about coming in his glory is going to start looking like Revelations.

In the brightness if His splendor and truth, the truth of ourselves will be revealed. The sun will be as to the moon in His presence and even day itself will be as nothing before Him.

He will come not as the son of a carpenter, but as the second person of the Trinity.

He will come with all His power made manifest.

What are your thoughts? What else can we learn from “He will come again in glory”?

Read all the entries in the Blog Series: Credo: Professing the Creed for the Year of Faith. 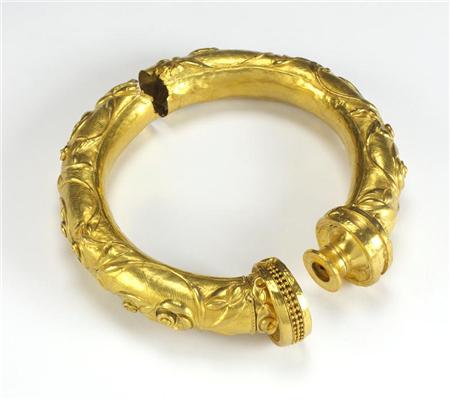 Credo: Professing the Creed for the Year of FaithFaith

AND HIS KINGDOM WILL HAVE NO END: Professing the Creed beyond the Year of Faith

Credo: Professing the Creed for the Year of FaithFaith

TO JUDGE THE LIVING AND THE DEAD: Professing the Creed beyond the Year of Faith

Credo: Professing the Creed for the Year of Faithevangelization

Professing the Creed Beyond the Year of Faith

November 24, 2013
Credo: Professing the Creed for the Year of Faith

AND IS SEATED AT THE RIGHT HAND OF THE FATHER: Professing the Creed for the Year of Faith

June 27, 2013
Credo: Professing the Creed for the Year of FaithFaith

HE ASCENDED INTO HEAVEN: Professing the Creed for the Year of Faith