Professing the Creed Beyond the Year of Faith

CREDO: Professing the Creed for the Year of Faith

So now the Year of Faith is drawing to a close and I find myself with my Creed series abandoned, half-finished. This is not the way I wanted it to end.

But maybe it doesn’t have to end?

In part I set myself up for failure. I focused on scheduling the first half of the year and didn’t find writers for many of the later posts, figuring I’d get around to it as the day grew closer. And of course it was always a very ambitious project for a pregnant mother of four to take on. But I’d forgotten that the exhaustion of pregnancy and the neediness of newborns can sometimes be easier to work around than the neediness of an older baby who notices when you are typing and not paying attention to her. I found that a baby who was no longer a pliable newborn needed more attention, not less, and the window I’d carved out for writing after the kids went to bed more or less vanished.

And then there were a few unexpected obstacles. My blog died and Dom and I had to rebuild everything from scratch. A couple of people who’d planned to write posts dropped out– and I don’t blame them at all. Who am I to complain when someone else also finds that life is just too complicated to find time for a weak commitment to a blogger who can’t even get her own act together? But at the same time I had less time to write those extra posts myself and somehow less energy to write the emails seeking bloggers to write them. Oh and I think my schedule of bloggers I’d contacted to write the various posts got lost when I upgraded my computer’s OS or maybe in an upgrade of my word processor. I just can’t find it at all.

Lastly, dare I confess that the lack of comments and feedback on the posts left me wondering if the whole enterprise was worth the time and energy. I know I should do it for the sake of the project itself, for my own spiritual growth, etc. I shouldn’t need affirmation and praise to make it worth doing. But there were too many times when it seemed like no one really cared, like only a handful of people were even reading. Like it was too puny an effort to make any difference so why bother. That seems so small minded and petty, and I wish it weren’t so. But the fact is, it was dispiriting and it was a definite part of the slump.

The whole project just became more than I could deal with and I was discouraged and exhausted and my spiritual life was flagging in many different ways. Books and encyclicals unread, posts half-written, plans, intentions formed and then abandoned, prayers unprayed. I seem to be living from one crisis to the next, putting out fires instead of living an intentional plan.

So I let the series drop for the time being. I never meant to let it go altogether. It was always: Maybe tomorrow. Maybe next week. When this cold is over. When the blog is back online. When the baby is sleeping better. When I’m not so tired. When I’m done with this one thing over here.

Professing the Creed Beyond the Year of Faith?

But I’ve still got several posts in the wings. People have sent them to me and I haven’t got around to posting them. I have a couple of drafts waiting for me to proofread and post.

Maybe the series doesn’t have to end just because the Year of Faith is over. Maybe I can pick it up again even at this late date. Maybe, in fact, it’s better this way.

gave us an opportunity to rediscover the beauty of the journey of faith begun on the day of our Baptism, which made us children of God and brothers and sisters in the Church. A journey which has as its ultimate end our full encounter with God, and throughout which the Holy Spirit purifies us, lifts us up and sanctifies us, so that we may enter into the happiness for which our hearts long.

Maybe my take-away from the Year of Faith is that the journey isn’t over till it’s over. In fact, in a sense the journey has just begun. As we begin a new liturgical year, I want to pick myself up once more and continue where I left off. I want to finish what I started, renew my flagging faith.

Let this be a reminder to me that the journey of faith is lifelong and that the Christian life is filled with apparent setbacks and fallow periods. The challenge is not to get stuck, not to give up, but to continue despite the obstacles and adversity. To always follow Christ and, as Pope Francis reminds us, to make him the center of our lives.

So I’m going to keep going until the series is done. Starting today (hopefully) with the blog post on “He will come again in glory,” which just seems too appropriate not to run on the Feast of Christ the King of the Universe.

And I’ll post the rest of the Creed as I find time. Somehow I’ll figure out how to forge ahead on this journey. And maybe it’s not too late to still find others to come with me.

Love in the Time of Coronavirus– Faith, Prayer, and the Sacraments 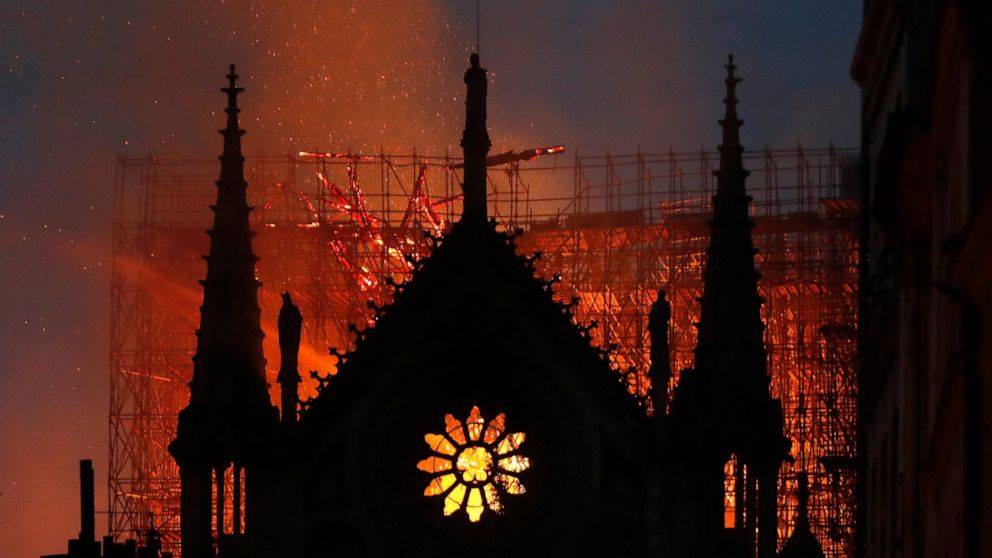 Why I’m writing a poem for Notre Dame

Journey into a Love Beyond Beauty

How to Hide the Medicine: Chris Pratt’s Nine Rules for Life