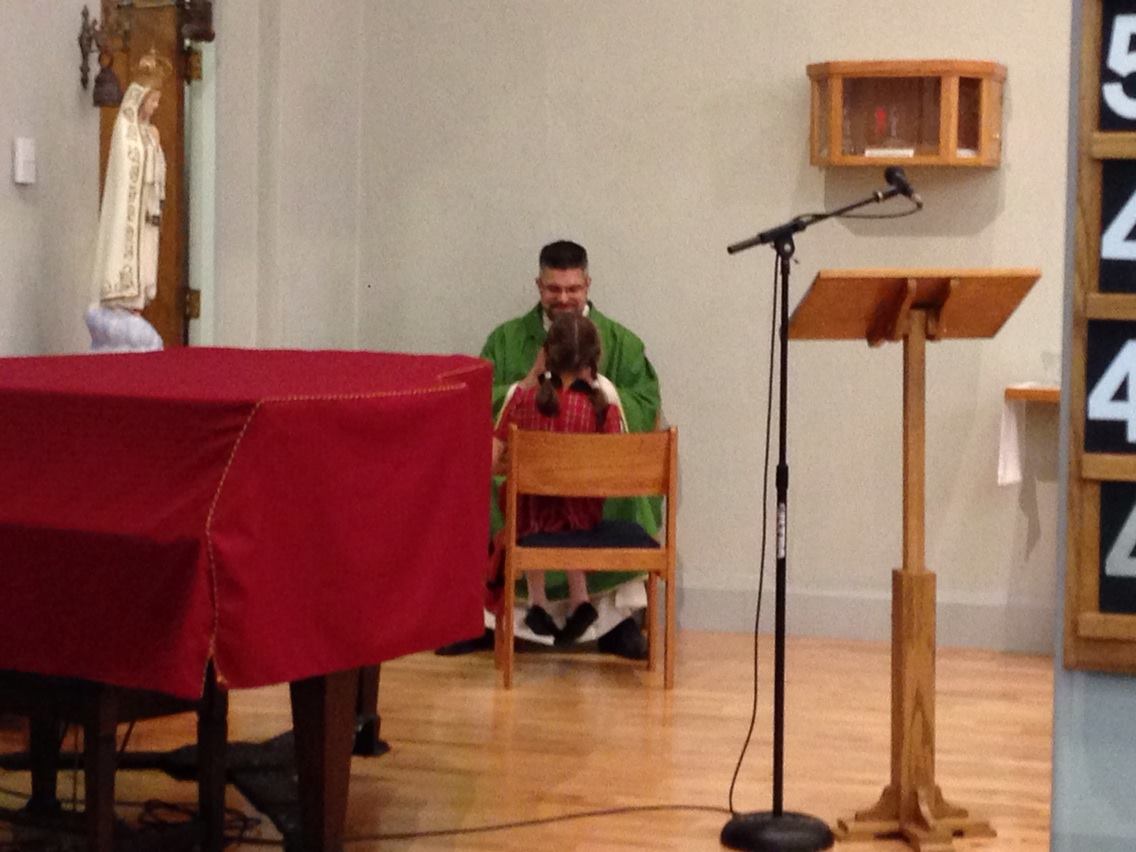 We were chatting with Father Matt after Mass today and as he was asking about how everything is going, we happened to mention that Bella had been preparing for her first confession and telling him she was about ready. And he jokingly asked if she wanted to go right now. And she immediately chirped, “Sure!”

She was so bright and confident and ready to go. Dom and I looked at each other and felt that we couldn’t not let her. We looked at each other and shrugged. So though Dom and I were more than a little surprised and Father Matt was clearly floored, I’m sure he expected her to recoil; but he went with it so beautifully. He’s awesome that way, always happy to give someone a blessing, to stop and pray with them right then and there.

So he asked about which version of the Act of Contrition she knew and she recited it right there (He gave her a high five.) And then they went into the sanctuary and she cheerfully sat down and made her confession while Ben and Anthony and Sophie ran up and down the aisles until I took them out to run up and down the ramp instead. Father Currie was hearing confessions in the confessional, so they couldn’t use the confessional, but that didn’t seem to bother Bella a bit.

And both Dom and I teared up. And fortunately he snapped a picture with his camera phone as they were settling to it.

When we got home Bella requested dance music so she could dance in the kitchen. I’m going to make her a cake this afternoon. Lemon cake, Bella says. It’s a great reason for a party!

My baby growing up and taking her first solo steps as an intentional Christian.