When I wake up and stare out the window in the morning it perfectly frames the top of the maple trees in the back corner. In the past month or so when I’ve had the leisure to appreciate the view I’ve happily noted the cheery reds and yellows. This morning, though, I noticed that the branches are mostly bare. The few leaves that are still clinging will be gone soon. Now the familiar winter tracery of dark branches catches the sky that I could only see glimpses of just a week or two ago. 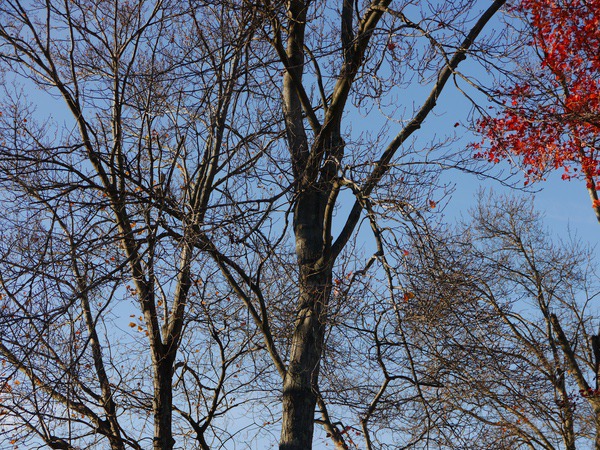 I found myself quoting one of my favorite sonnets:

THAT time of year thou may’st in me behold
When yellow leaves, or none, or few, do hang
Upon those boughs which shake against the cold,
Bare ruin’d choirs, where late the sweet birds sang:

In me thou see’st the twilight of such day 5
As after sunset fadeth in the west,
Which by-and-by black night doth take away,
Death’s second self, that seals up all in rest:

In me thou see’st the glowing of such fire,
That on the ashes of his youth doth lie 10
As the death-bed whereon it must expire,
Consumed with that which it was nourish’d by:

—This thou perceiv’st, which makes thy love more strong,
To love that well which thou must leave ere long. 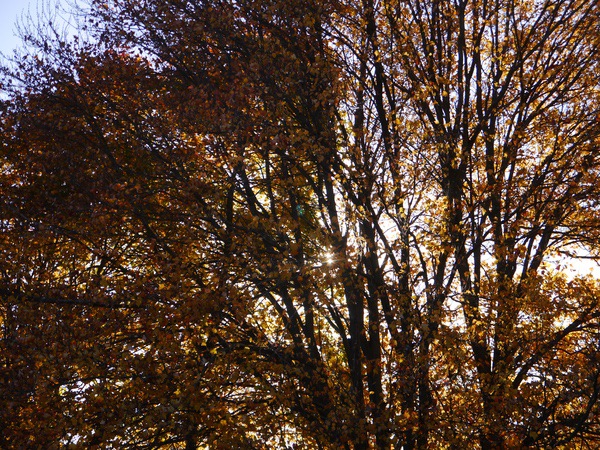 Don’t be too impressed. I don’t have the whole thing off, just the line about bare ruined choirs and then I was able to retrieve most of the first two lines as well. But I want to memorize the whole poem now. I’m in a poetry mood of late. More and more poetry, please. Strange how it works in seasons, isn’t it? I’ll go for months and months never reading a poem or thinking about poetry– except perhaps to lament the lack of poetry in my life– and then suddenly a switch is thrown. So here we go.

Bare ruined choirs. That image speaks to me so much more after reading a piece that was either by or about Eamon Duffy. The stripping of the altars, English recusants. The image of the abbey church ruined, the statues thrown down, the monks dispersed. Yes, the image haunts me. Which is fitting. This is a haunting time of year. Halloween, All Saints, All Souls.

I do love this time of year. Though the fast fading light depresses me and the too-early sunsets, I do rather like the bare branches, the dead flowers, even the dying garden.

Yes, my garden in the fall has a wistful beauty. The marigolds still boldly blazing and a few lingering sunflowers. Even a couple of bachelor’s buttons, which Anthony just loves the blue of.

On Saturday afternoon I beheaded a bunch of the sunflowers and the kids helped harvest the seeds, filling a huge mixing bowl full of the big black beauty of them. (Though one sunflower produced pretty little white seeds.) Then they played with the stalks, great staffs or swords or wands!

I love how intent they get when you set them a task to do such as this. Sitting so still, so focused. Until every seed is removed. Then, run, run, run.

On Sunday afternoon we took a walk around the block. All seven of us. We don’t do that sort of thing often enough. The weather was perfect, sunny and clear and crisp. The light was amazing. The late fall color still dazzling.

When we got to the other side of the block, immediately behind our house, we found the cat. The one that came and lingered a whole day. The kids saw it at the same spot on Halloween night when they were out trick-or-treating. This time it followed us home, all the way around the block, darting under cars and hiding behind bushes and then brazenly trotting along the sidewalk. When it got to our house it planted itself on the front step. And then at some point made its way to the back yard. And there it lingered all Sunday night, all day Monday, all Monday night. And it keeps scratching at the door, begging to be let in. Oh no, we are not adopting you, cat. Even if you think you have adopted us. I refuse to feed you, care for you, take responsibility for your well being. Someone else must have been feeding you all this time. Go back!

I feel a bit guilty for my tirade. I’m setting a bad example for the children. What would Saint Francis say? Should I be welcoming to Brother Cat? Show him hospitality? Feed the poor hungry beastie? But then if I do feed him, do I then become responsible for him? Do I? I can’t have a cat, I’m asthmatic. But even if I weren’t, I don’t want a cat. I’m not a cat person. And I don’t want to call animal control on him. I just want him to go back to whoever was caring for him before. 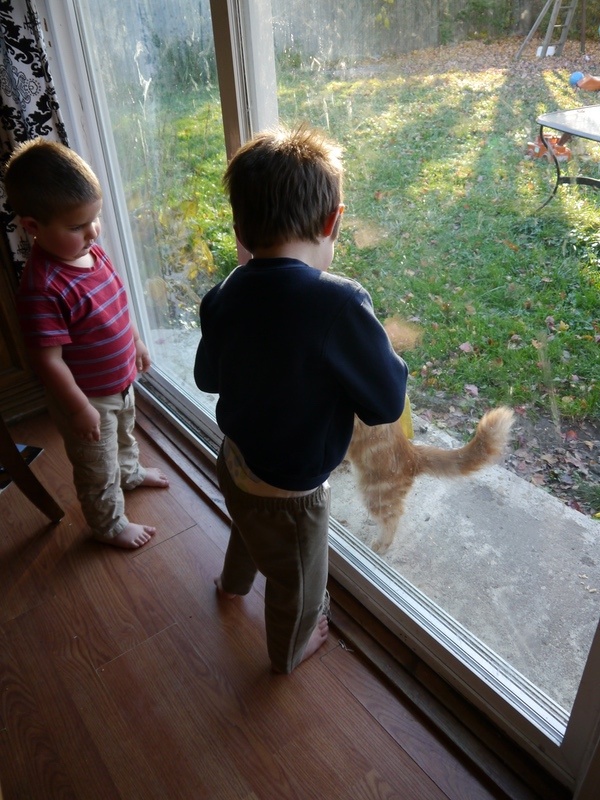 The cat haunts the doorstep. The children linger by the door, watching him. Encouraging him. He’s great entertainment on these autumn afternoons. 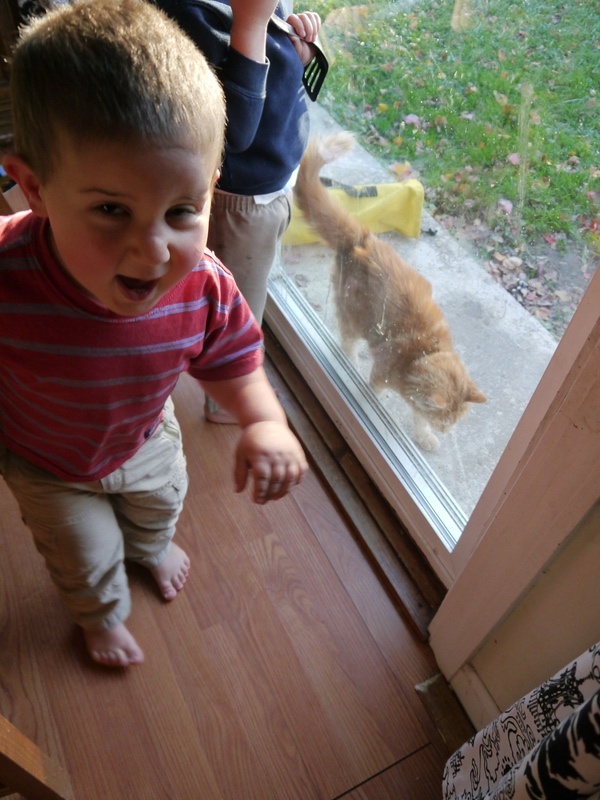 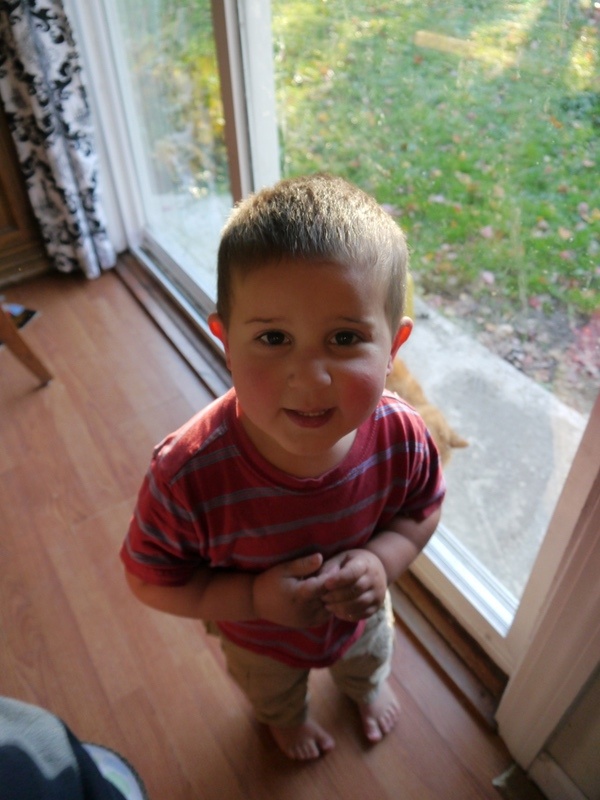 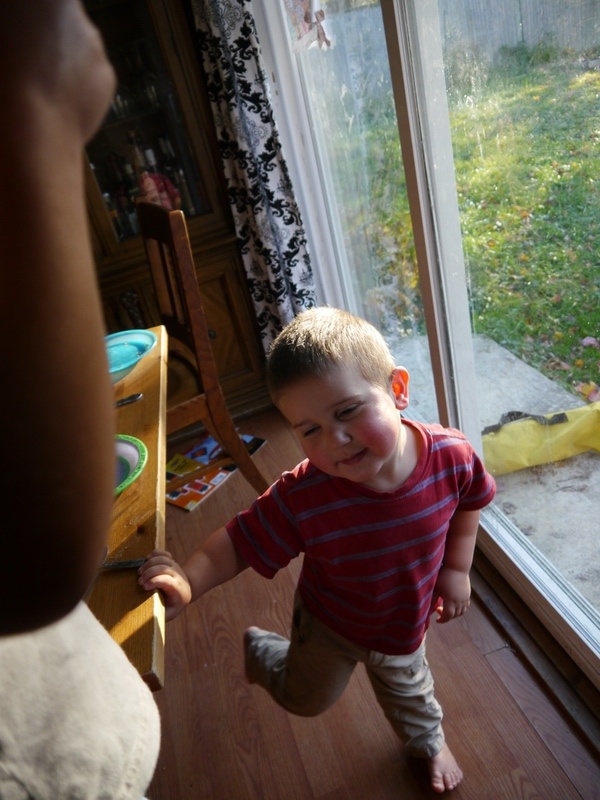 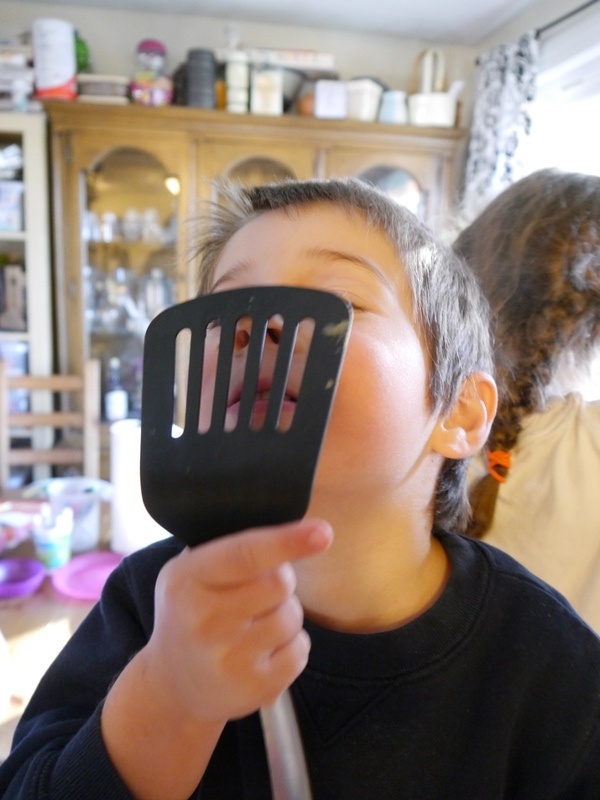 That time of year. Days grow shorter, colder. But there are treasures here too in the dying of the year. Golden light, golden days. 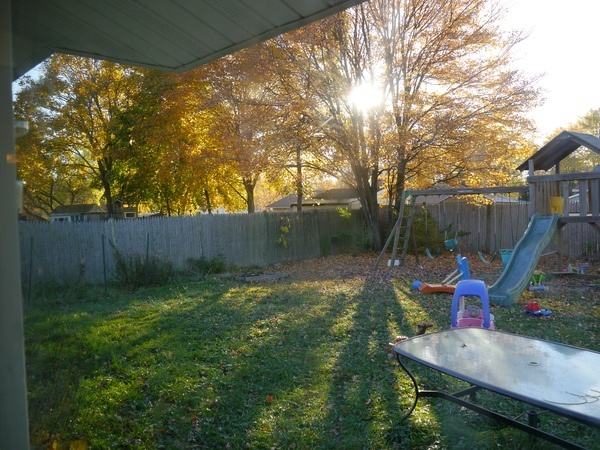 4 weeks ago
My FamilyTravel