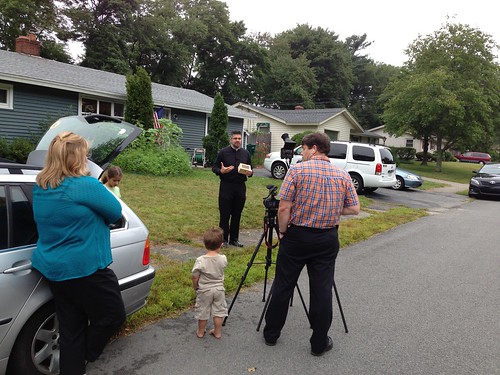 Last week Dom received a last minute request from one of our favorite priests. Father Matt was filming a video for the seventh grade something something and wanted to know if they could film a bit at our house and maybe have the kids make a cameo appearance. So we said yes. 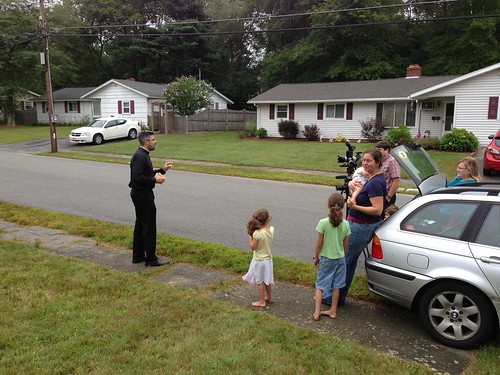 They were originally supposed to come Tuesday afternoon, but after we spent the morning at the ER, that didn’t seem like a great plan. So on a rainy Thursday they came and we did. Ben and Anthony were fascinated but not at all interested in participating. So it was mostly Sophie and Bella. And Dom and me being silly. And Lucia made a brief appearance too. 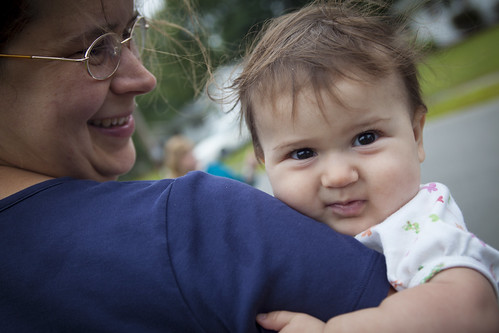 And George snapped a great picture of Lucy and me. 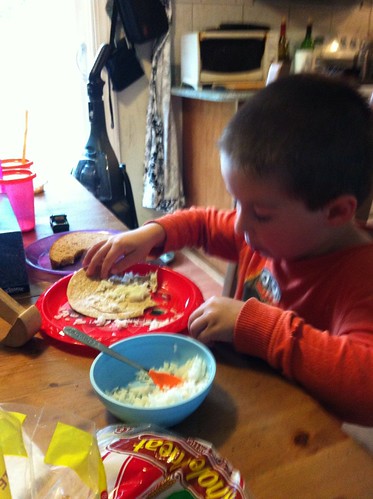 So one day last week Ben asked for a tortilla with rice for lunch. My knee jerk reaction was, “No.” I could just see the mess a four year old boy would make trying to eat a tortilla with just rice inside. Upon which he melted into a sobbing puddle on the floor. 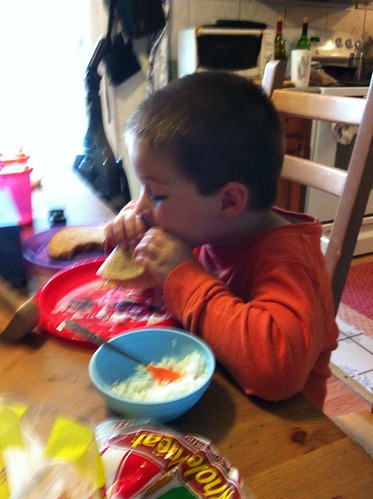 I was tired and hungry and cranky and decided, what the heck. I gave in under the condition he let me give him some grapes and string cheese too. I heated up a bowl of rice and got him a tortilla and he happily spooned the rice into the tortilla and ate almost all of it. 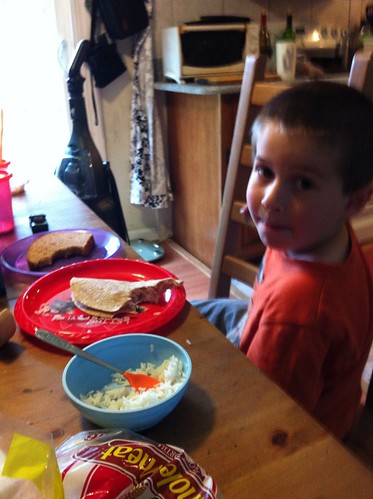 Also, I’d just baked a loaf of bread and when he saw everyone else eating some, he wanted a slice of that too. Well, who could blame him. So it was a bit carb heavy, but he was happy. And I suspect he won’t ever ask for it again, curiosity having been satisfied. 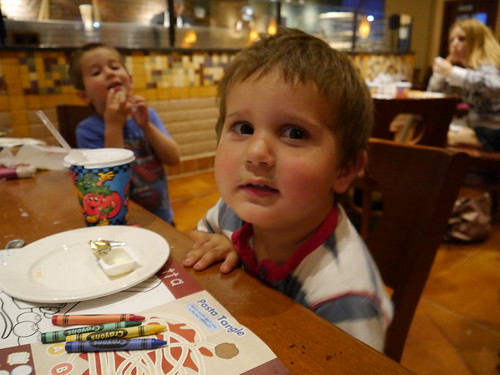 So we were too tired to deal with dinner after my brother-in-law’s Labor Day party so we opted for a family favorite. 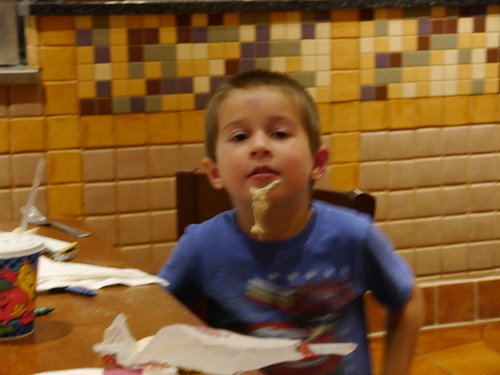 It made for a late night, but it was pretty yummy. 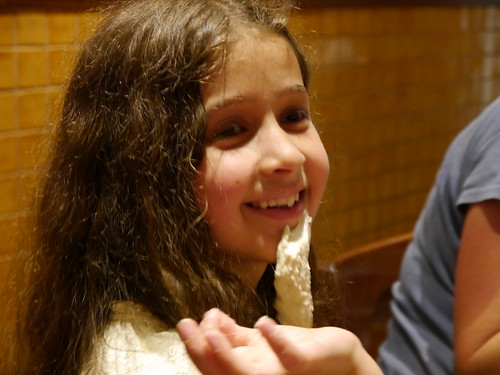 And the kids had fun playing with the dough. 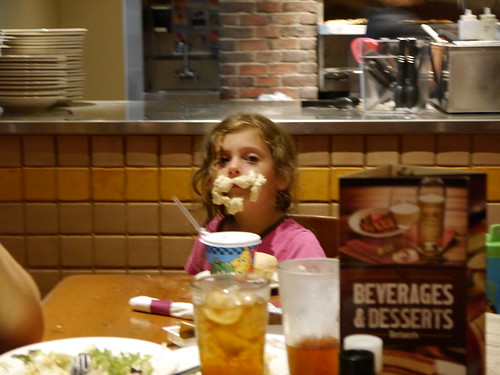 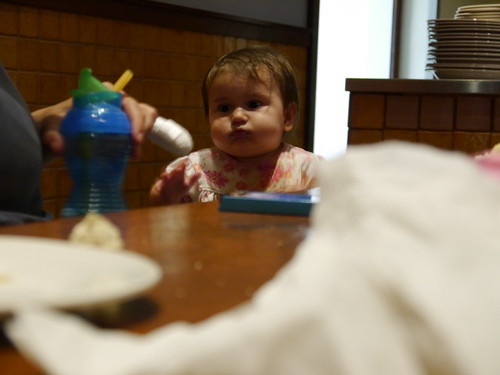 Lucy with my poor battered finger 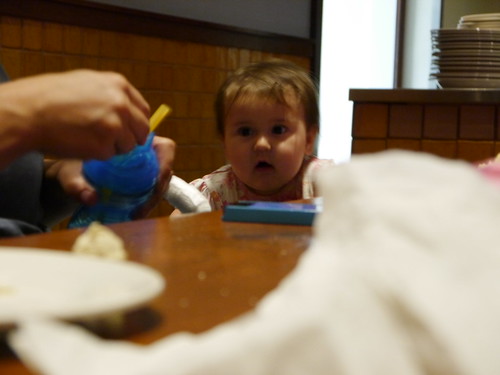 She’s got her eye on that sippy cup. She adores sippy cups. 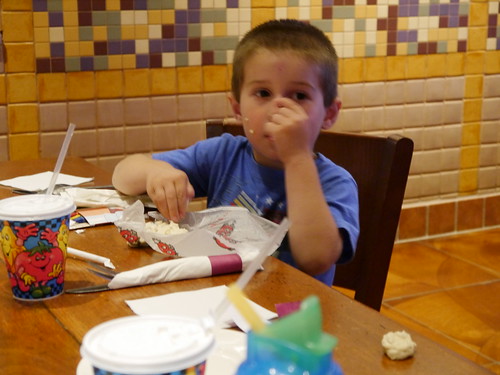