Dom’s on vacation this week and next. So bring on the fun! Today we went to the Museum of Science. Dom had tickets to the Dead Sea Scrolls exhibit. Plus the kids have never been to the MoS and we figured it was ‘bout time. 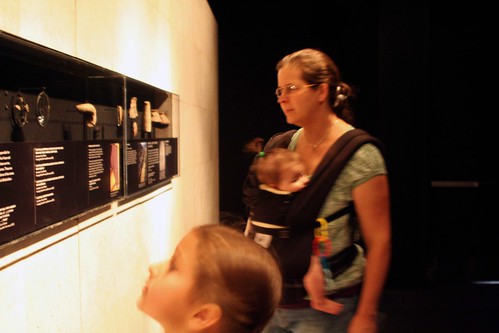 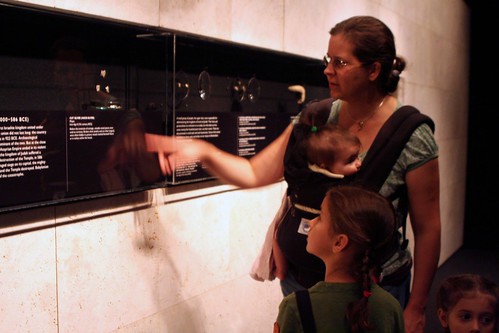 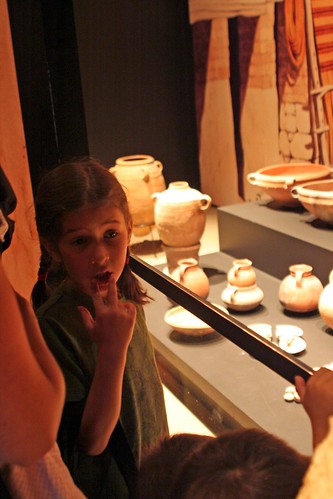 They didn’t let you take photographs in the room where the scroll fragments were, which was also where all the best artifacts were too. Including a stone from the Temple! How amazing to touch it and think about Jesus praying in the Temple, about God’s Holy Presence dwelling there, about all the men and women who prayed there, sang the Psalms there, made sacrifices and hoped for the fulfillment of God’s promise there.

The exhibit was really well done. Even if we did have the distraction of herding small children. If you’re in or near Boston, you really should go see it. 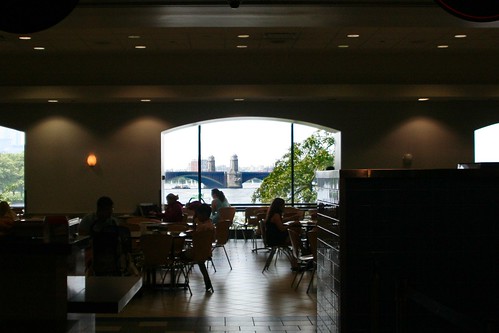 Lunch in the cafeteria, overlooking the Charles River. I had a pretty good BBQ sandwich. 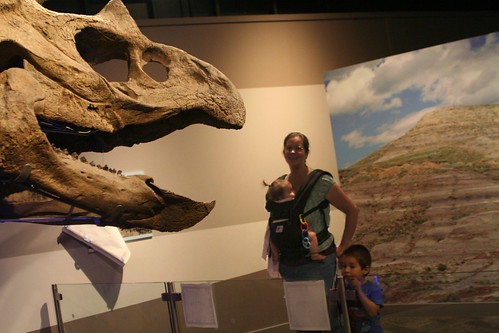 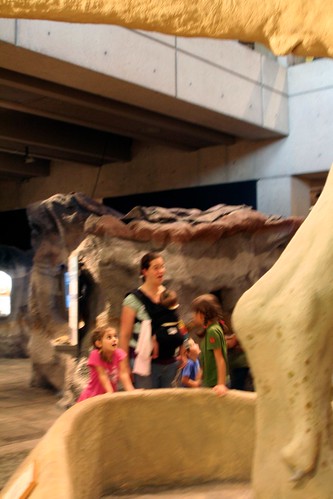 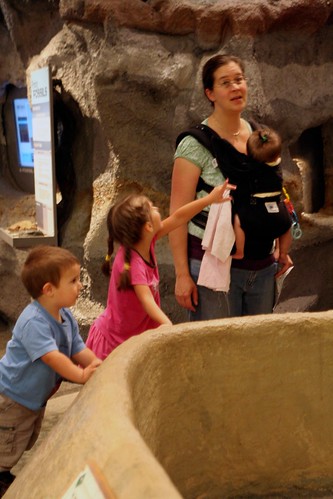 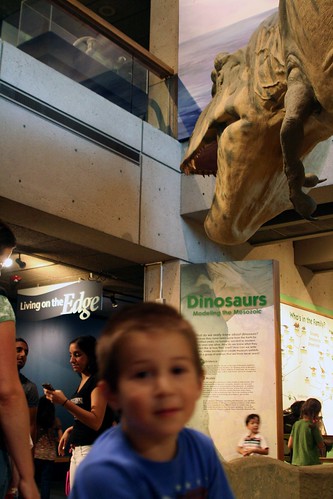 Too bad the picture is blurry. 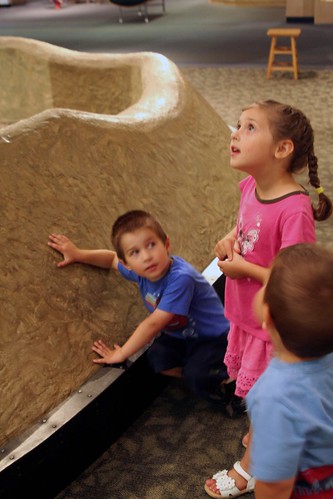 Really, when you see your first life-size dinosaur model it is amazing. 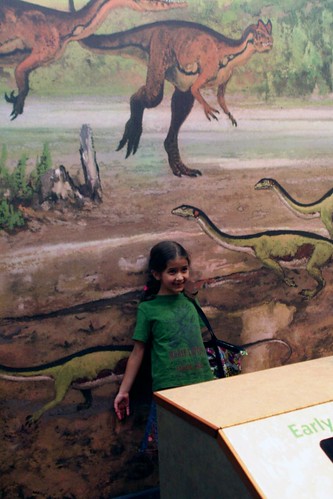 Bella imagines herself in the scene.

There were lots of things we saw that didn’t get pictured. Isn’t that the way it always is? Sometimes you’re just too busy looking. 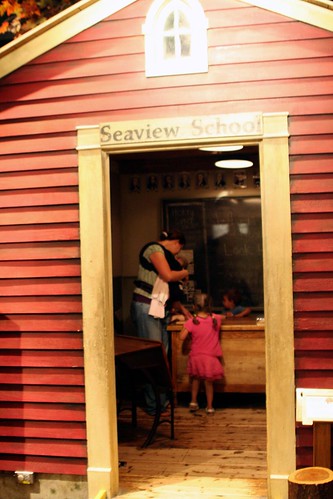 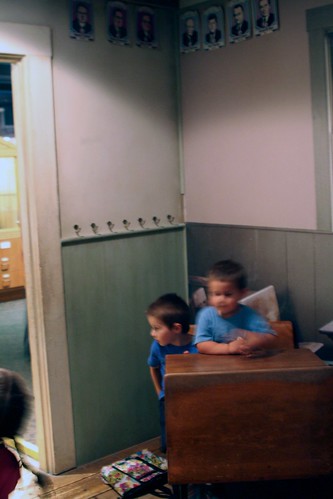 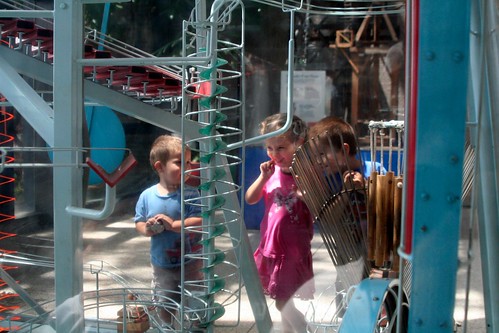 “Archimedean Excogitation,” an audiokinetic sculpture. We all spent at least ten minutes staring at it, watching the various balls complete their various tracks. 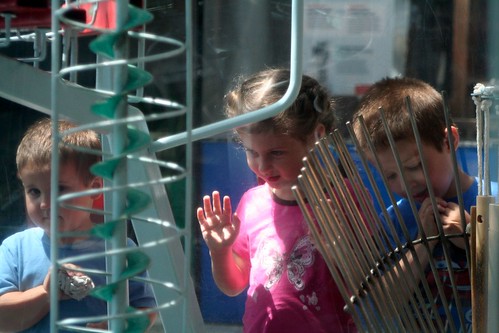 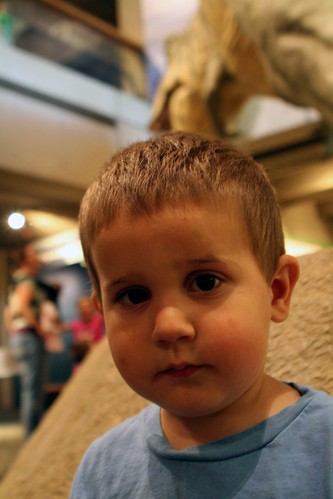