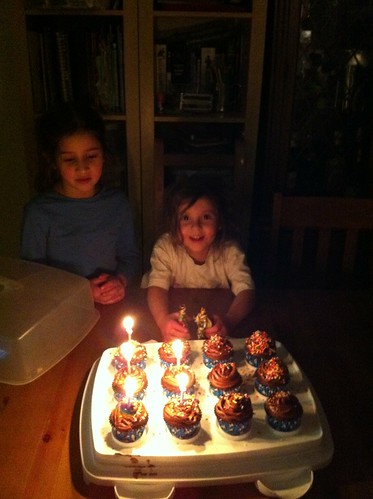 Sophie can hardly take her eues off her new king and queen (in her hands) to blow out the birthday candles.

Today my Sophia is five. She’s turning into quite the big girl, even if she is only half an inch taller than Ben and looks like she could be his twin though there are 16 months between them. She adores her big sister Bella and they are the best of friends, but Sophie is not always in Bella’s shadow. She has a mind of her own, a personality of her own.

She is fiercely devoted to Saint Therese. She loves Jesus.

She loves to sing. She makes up her own words to songs, to books. She has the heart of a poet and a great gift with words, a feeling for language, for rhythm and for rhyme. She coins neologisms that the whole family adopts.

She loves curry and enchiladas and doesn’t mind spicy foods.

She has the brightest smile, the sparkliest eyes. She has a cute dimple. She’s a ham, She loves being silly. She loves being the center of attention. But she’s also very shy among new people and strangers. 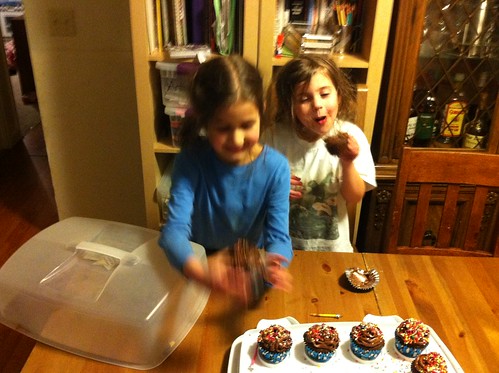 Chocolate cupcakes with chocolate icing and sprinkle were her request. Though she usually says “glaze” instead of frosting or icing. 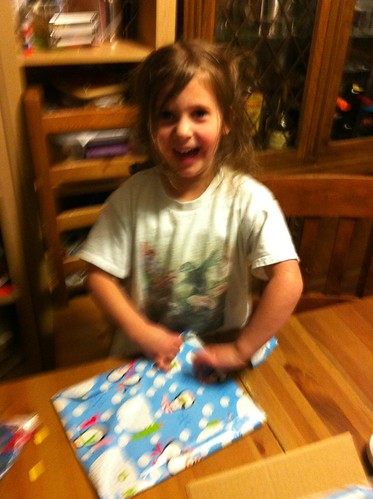 She got several books. A princess brides coloring book, a fairy coloring book, first words in French (because she’s lately expressed a strong interest in learning French) and the complete Brambly Hedge.

Grandma and Grandad sent a purple princess dress. (Pictures to come.) Sophie declared it the best birthday ever. 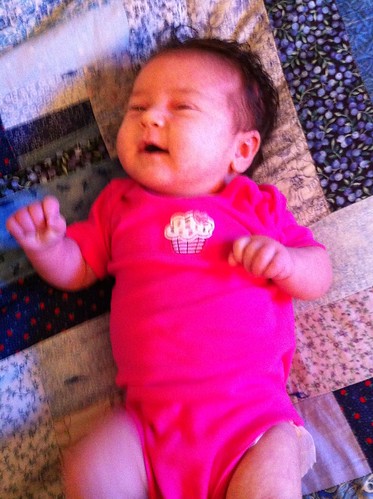 Lucy didn’t partake of the cupcakes but joined in with a symbolic cupcake onesie. 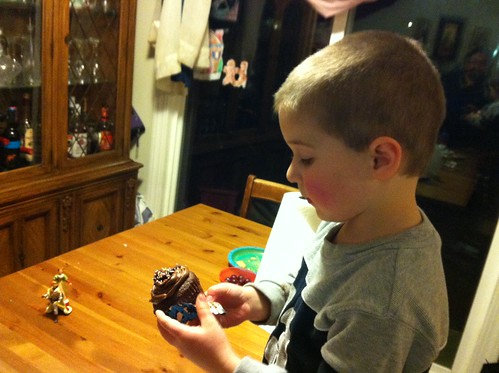 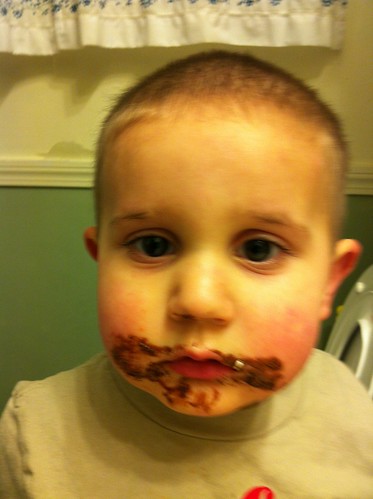 Anthony helped himself to a second cupcake while we were distracted.

Also, Sophie was thrilled that Bella lost her first tooth on Sophie’s birthday. Far from feeling like Bella was stealing attention on her special day, Sophie was glad to have another cause for rejoicing. 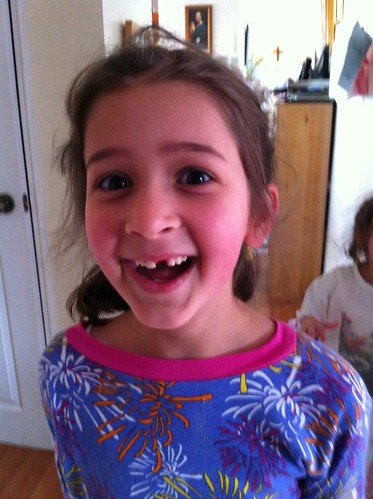 At first Bella thought she had a rock in her mouth. Then Dom reminded her about the tooth, which has been loose for a very long time and so wiggly on Saturday that I predicted it would be out within two days. That won me a reputation as a prophet.

All in all, a very perfect sort of day.