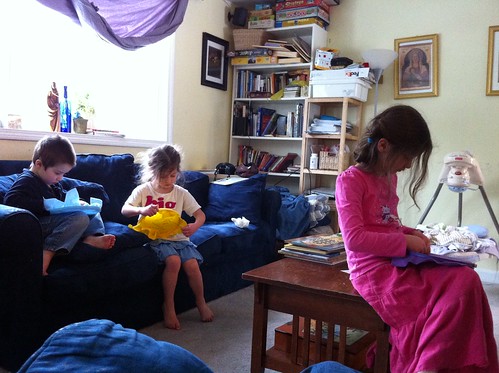 I bought the embroidery hoops and felt squares in October. Finally broke them out today. Bella’s been bugging me about it for a while and I was sort of goaded by Melissa Wiley’s recent post of her six year old daughter sewing. 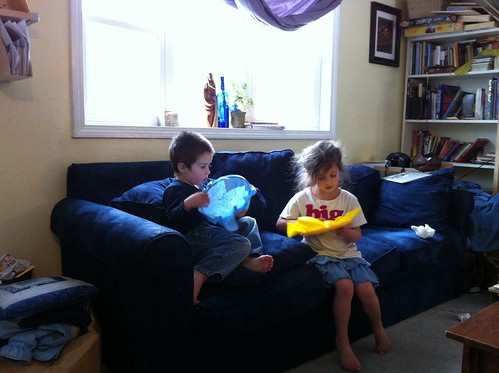 We really didn’t do a lot. I put their felt in the hoops and threaded their needles and tied the thread and then went crazy rethreading the needles and untangling snarls and trying to get them to be patient since all three of them seemed to need help at once. (We did this during Anthony’s nap while my dad was holding Lucia.) I think I might get some books and kits for the girls on their birthdays. Such as the ones Melissa Wiley was recommending the other day on her blog. (To which Dom says, “If Melissa Wiley jumped off a bridge…?” Yes. Yes. I would.) 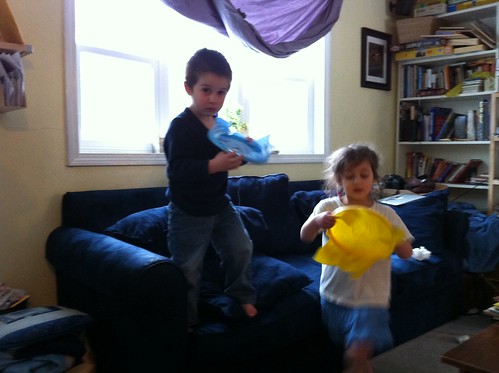 Bella had obviously been paying attention to our Little House reading and how Mary is praised for her fine small stitches. She was trying to sew the smallest stitches she could. She sewed a very crooked cross and referred to it as her “embroidery” it was so cute. 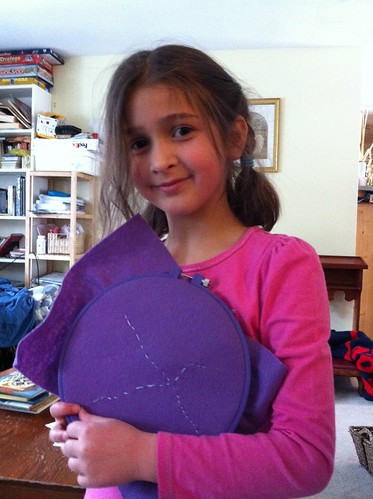 Now I’m thinking that if Bella can be so inspired by reading about characters learning to sew, maybe what we need is a literary heroine learning how to read to inspire her to push past her difficulty in that vein. I’m afraid our Bob books worked for a couple of days and then we hit book #3 or 4 and we were right back to tears and gnashing of teeth. I’m trying to think. It can’t be a preachy book where the point of the story is supposed to be learning to read. But is there a good work of literature whose hero or heroine masters letters and basic reading? (Not that I’m trying to push her. I’m backing off because clearly lesson-y things aren’t working and anyway she spends hours a day with her nose stuck in a book. But I think adding a few carrots might help her to give herself a push so to speak.) 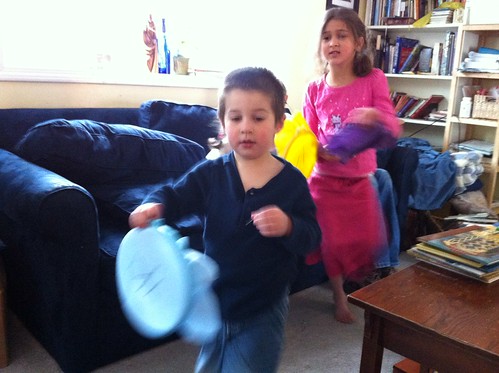