What Are the Roots that Clutch?—Blogging The Waste Land Part 8
11 comments
Share:FacebookTwitter
PoetryThe Waste Land

What Are the Roots that Clutch?—Blogging The Waste Land Part 8 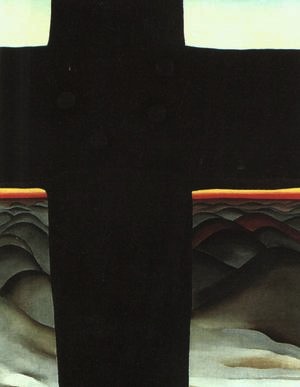 If you’ve been eagerly awaiting the next installment of my Waste Land series, then you can thank the Philosopher Mom for helping to jump start the series again. It was wonderful getting to meet Erika in person—at last!—at the New England Catholic Homeschooling Conference on Saturday. She said so many very encouraging about this series that it really made me want to sit down and get writing again. As tired as I was after a day of conferencing with Anthony, I sat down after the kids were in bed last night and opened the document and began to write again on this entry that I began almost exactly two months ago.

I think the main thing that has been holding me back is that this chunk of text is so long. Because of all the enjambement there is no natural break that doesn’t break in the middle of a line and I’m too darn persnickety to break in the middle of a line. Also, life does tend to get in the way. With the new baby coming I can’t promise any greater regularity, though I can always hope.

What are the roots that clutch, what branches grow
Out of this stony rubbish? Son of man,
You cannot say, or guess, for you know only
A heap of broken images, where the sun beats,
And the dead tree gives no shelter,  the cricket no relief,
And the dry stone no sound of water. Only
There is shadow under this red rock,
(Come in under the shadow of this red rock),
And I will show you something different from either
Your shadow at morning striding behind you
Or your shadow at evening rising to meet you;
I will show you fear in a handful of dust.

With these lines the poem shifts back to the more formal feel of the first seven lines. The imagery is more abstract and “poetic” rather than conversational. The poem seems to go back and forth between these two modes: the formal and the informal, the imagery-driven vs the snippets of conversation.

What to make of the initial images: the roots that clutch the branches that grow out of the stony rubbish? The verb “clutch” makes the roots seem hostile, threatening. The word “rubbish” is also very negative. And yet these lines make me think about how very persistent life is, how things can grow in the most hostile of environments. The narrator seems almost threatened by this persistent quality of life. He’d rather hide, hibernate, retreat from life. The imagery makes me think of Christ as the Root of Jesse as well as the recent Gospel passage about Christ the Vine: I am the vine, you are the branches, remain in me. We need roots, we yearn for roots. What does it mean when we’d rather forget our roots?

The direct address, “Son of man” is of course Biblical, especially recalling the Book of Ezekiel where it is a frequently used form of address. I think here it points toward Ezekiel 37 especially and the vision of the dry bones. In that case it is both an image of dessert, aridity and death, but it also foreshadows the resurrection when God will breath new life into the dry bones. The dry bone is an image that haunts Eliot’s later poetry. It also appears in Ash Wednesday and the Four Quartets.

“You know only a heap of broken images”. In a sense the heap of broken images is an image of the poem itself, of the fragmentation which requires the reader to sort through the heap and assemble meaning out of the brokenness. In the wake of WWI there was a deep pessimism about the state of Western Civilization, rather than having evolved to some kind of pinnacle of human achievement, a peaceful paradise, things fell apart completely, a generation was almost wiped out. Eliot’s project is to offer hope, to suggest that the way forward is the way back, the sifting through the rubble to find that which endures, that which has not been destroyed, to find the roots that will tell us who we are.

“Where the sun beats and the dead tree gives no shelter.”  Desert imagery. We are in the waste land for sure. Instead of a tree of life here is a tree of death. This is the moment of crucifixion when it seems that all is lost, hope has fled. What is left if God is dead?

“and the cricket no relief” Why would a cricket give relief from the beating sun? What is the significance of the cricket? I found that in some places cricket’s chirps are thought to foretell rain. Is Eliot thinking of that kind of myth.

“and the dry stone no sound of water” More water imagery. And more rocks. I think it interesting that here it is the sound of water.

All of this imagery in this section to me is very evocative of the Psalms. Water coming from rocks, rocks seen as providing shelter. God as a rock. The tone here certainly feels very much like the Old Testament Psalms and prophetic writings.

“come in under the shadow of this red rock”  I have to say the image of the shadow under the red rock is one of my favorites. I love the rhythm and sound of this line the staccato of the “d” sounds and the alliteration of “red rock”. Sometimes it’s just the sound of Eliot’s verse that charms my ear even when I can’t make head or tails of the meaning. Which really fits his theory of poetry which is that the sound comes before the meaning, that part of the meaning of poetry is the sound of it, the way it hits our ear even before we make sense of the words.

All the shadow play here. Come under the shadow… I will show you something different from either your shadow… or your shadow. Shadows represent cool and refuge on a hot day, the possibility of relief in a desert. But they also can represent fear. Is there a hint here of being afraid of one’s own shadow? Jumping at shadows? I notice the position of the shadows. In the morning the shadow is striding behind. It isn’t threatening but our of sight, obedient. But at evening the shadow rises to meet you. Dark falls, night falls and with it fear?

“I will show you fear in a handful of dust”. Evelyn Waugh used this line for the title of one of his novels. It evokes Ash Wednesday: remember, man, that you are dust. This is the fear of death, the reminder of our mortality.

Why does the narrator specify that is the fear in the handful of dust is “different” than the shadow at morning or the shadow at evening? What is the difference he wants us to contemplate? Is it the difference between jumping at shadows vs contemplation of death? He wants to show us, he wants to lead us to the point where we can’t look away from death. Over and over again the narrator leads us to look death in the face, even while other voices are doing their best to avoid it.

In this passage Eliot takes on an Old Testament prophet sort of voice: reminding us of the end things, of death. When he seems to be promising relief, the shelter of the shadow under the red rock, we find that there is no comfort there after all. Only fear. But the only reason to fear death is because it represents annihilation. If death is not in fact the end but a new beginning then there is no reason to fear. This is the crux of the poem. Are we going to let fear keep us from changing, from growing, from facing the possibility of death to self?

One final thought: that enjambment that was driving me crazy, that refusal to end his sentences at the line breaks, it isn’t an accident, is it? It makes this passage relentless. There is no resting place. You are being herded, driven, rushed toward that final image, that handful of dust.

And you, dear faithful readers? What images here speak to you? What catches your eye or your ear? What do you see that I’ve missed or overlooked? (And there’s plenty I’ve missed here, don’t be afraid of pointing that out.)

Previous post: And When We Were Children—Blogging The Waste Land Part 7