And When We Were Children—Blogging The Waste Land Part 7
3 comments
Share:FacebookTwitter
PoetryThe Waste Land

And When We Were Children—Blogging The Waste Land Part 7 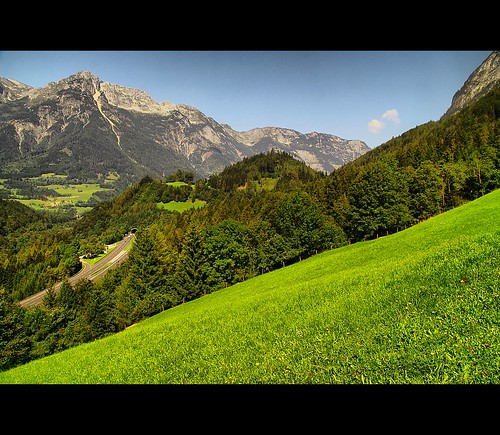 And when we were children, staying at the arch-duke’s,
My cousin’s, he took me out on a sled,
And I was frightened.  He said, Marie,
Marie, hold on tight.  And down we went.
In the mountains, there you feel free.
I read, much of the night, and go south in the winter.

As I mentioned in the comments to my last post, I think these six lines should properly be read together with the previous five lines in the last post as a single passage. I’m breaking this down into micro chunks for the sake of keeping these blog posts to a somewhat manageable length; but I am sacrificing a certain amount of coherence by doing so. Still, fragmentation is a major theme of the poem so I suppose treating it as a series of discrete fragments is somewhat appropriate.

This particular passage, with it’s feeling of fragmentation, seems to me to be an example of the “mixing memory and desire” of the poem’s second line. Are the last two lines connected to the first four? If so, how?

The first four lines create a little drama. The narrator recalls this event from childhood, sledding with someone—her cousin the archduke?—which was frightening at the time. The narrator follows it immediately with the statement, “in the mountains, there you feel free.”  Has the memory of the fear become a sort of nostalgia for the adult who acknowledges the fear but recognizes it as a childish thing? Is this fifth line, then, a longing for the freedom of childhood? The contrast between the fear and the freedom is striking. Is the sled an image of freedom? The line always makes me think of the kind of breathtaking freedom of the rollercoaster—it’s frightening but the adrenaline rush is addictive. But then maybe the mountains feel free because you are away from the metropolis with all its complications, in the mountains escaping from the emotional entanglements of daily life?

I think I could go crazy trying to figure out what each little piece of the poem means; but I think the technique really is meant to be like mosaic. Rather than concentrating on any one tile, you need to stand back and look at the whole picture. It is the interplay between the various tiles that creates the image. There are whole sections of the poem that I’m not sure what to do with; but I have a general feeling for the whole. Still, it is good to look at each line and ponder it. Think about the feeling and the impressions, the allusions and the way it fits with the surrounding lines.

What do you think? Who is the speaker? Is there only one speaker here or are there multiple voices? Does it matter? What do these lines say to you?

Update: In the comments below Bearing gives a good reading of the line “I read, much of the night, and go south in the winter”:

I will take a stab at the line.  The two pieces “read much of the night” and “go south in the winter” do not say a whole lot on their own, but together add up to an impression of denial of, perhaps fear of, the natural march of time and seasons.

Someone who reads much of the might must be using artificial light.  He or she is in a way refusing to accept the natural progression of light into darkness and then back into light again, that comes from the turning of the earth.

Someone who goes south for the winter is, likewise, trying to escape the natural progression of change of seasons.  So this is someone who is taking refuge in the power of modern technology, and of personal wealth (that is how you can afford to go south for the winter—most people can’t) to escape the natural condition of the human person, which is to experience darkness at nighttime, and to experience the change in seasons.

I think I would be reading too much into these individually if they stood alone, but because they are juxtaposed, and in the same speaker, we are forced to say, “this is the kind of person who is afraid of the dark, and afraid of the cold.” This is a person who prefers to feel less of all strong sensations, because, so insulated, he or she is sheltered from the scary ones.

Next Post: What Are the Roots that Clutch—Blogging the Waste Land Part 8