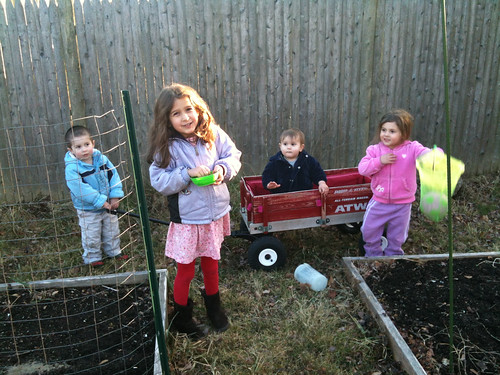 My gang, enjoying today’s beautiful weather. Is it February or April?

1. So our Valentines Day was very nice, though low key. Dom brought me flowers and chocolates and a card…. and BBQ take-out because I totally lost it over figuring out what to do for dinner. The kids and I made Valentines cards. Or I tried to make one. When Dom came home mine was still unfinished. Not that he minded at all. 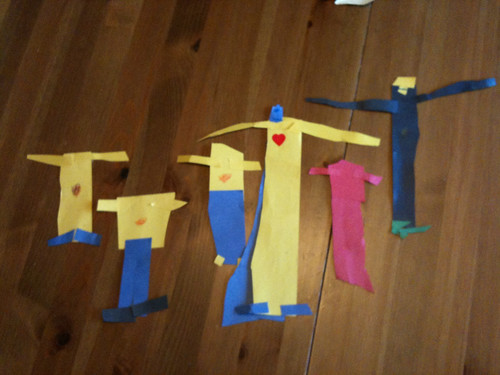 2. After a while though Bella got bored with pasting hearts on paper and began to make her own creations. She brought me an “outfit” that she had made. 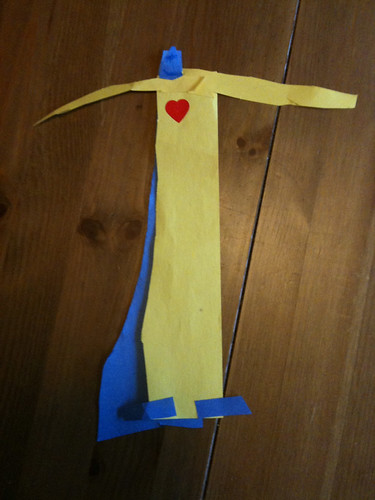 A tall yellow dress form with arms and blue shoes. She told me it was a wedding dress. Later she added a blue head and a blue veil that was longer than the dress. Then she drew a face on it and added a heart sticker. 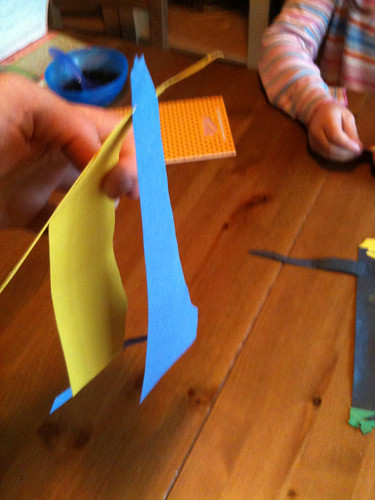 She also made a black bridesmaid with green high heels. And a family, mom, dad, and children that never got heads. 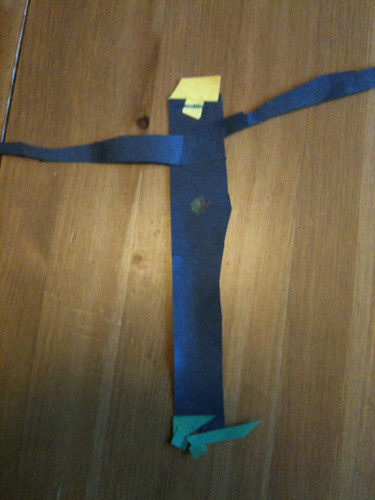 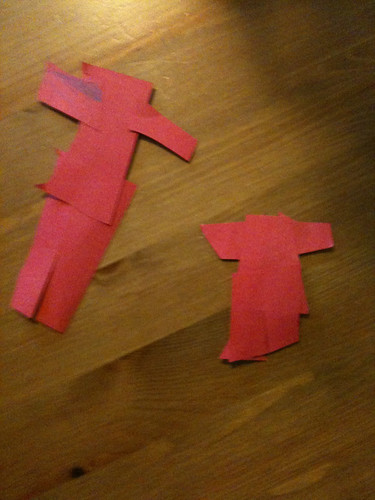 Sophie made some people too, figures cobbled together with little scraps of red paper.

3. Have I mentioned that Anthony is walking now? He’s been making strides for weeks and now he’s probably at about 75-80% walking to about 25-20% crawling. He’s slimmed down considerably, just as everyone said he would, though he’s still a pretty chubby guy. And he’s going to be one on Monday!

4. Today Ben had me reading Curious George backward. He likes to open books to the back. This time he was turning the pages for me while I nursed Anthony. I think he knew it was funny to read it backward. When we got to the title page he made me read it to him twice. And he laughed. At least reading backwards is a nice change of pace. 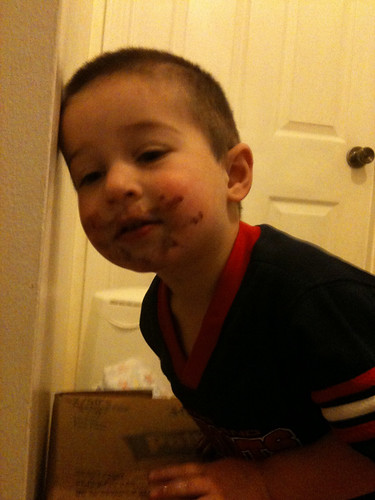 5. Bella doesn’t just play with beads, she becomes a jeweler making fine jewelry and selling it to support her family. I just love her imagination. 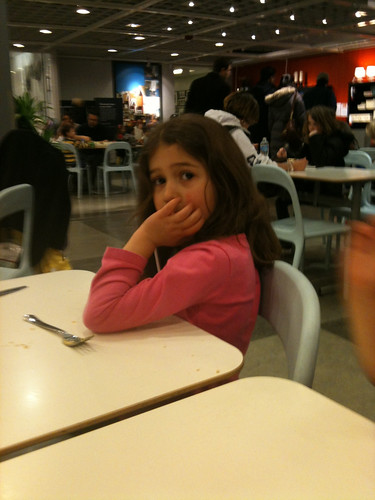 Yet another reason to homeschool. I would be so sad to miss all the Bella stories if she weren’t here all day. I’d be sad not to see her playing so sweetly with her sister. Oh of course they fight; but they really are the best of friends and I love the way they work together. 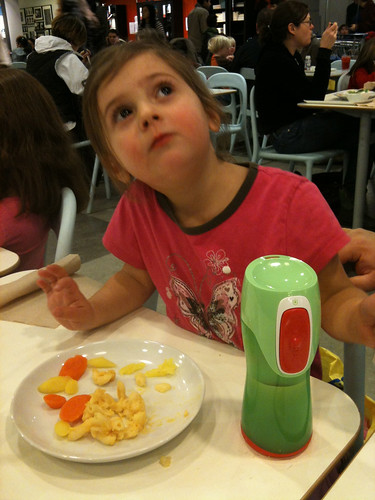 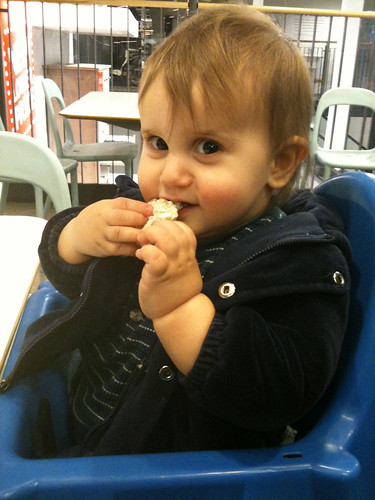 6. This weekend we went to Ikea and bought some more shelves to deal with the overflowing clutter of the school books and art supplies in the dining room and the mess of the pantry. Then on Sunday we moved the furniture. The futon went from the living room to the office and two bookcases went from the office to the living room. How is it possible that both rooms feel bigger and more open? The kids all seem to be enjoying the change. We should probably rearrange the furniture every February. 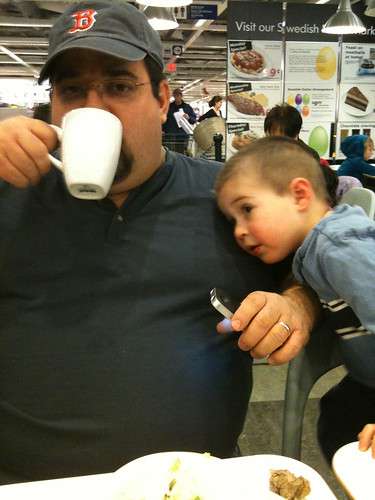 Dom and Ben at Ikea

7. Today the weather was lovely and after naps we all went to play outside. I pulled Anthony around in the wagon, first with Ben and then with Sophie. Then Ben pulled Anthony. The weather has been so very mild this winter, a nice change from last winter when we were buried for months under feet of snow. 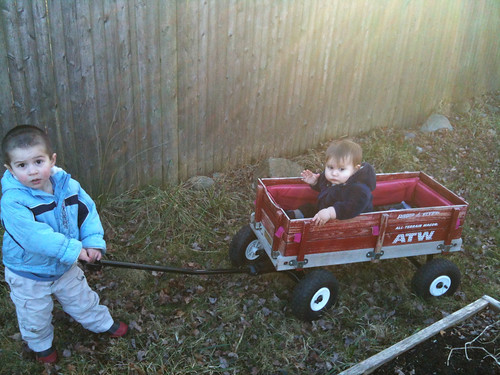 Ben pulls Anthony in the wagon. I couldn’t believe he could actually do it.

This week’s Quick Takes are being hosted by the lovely Betty Beguiles.