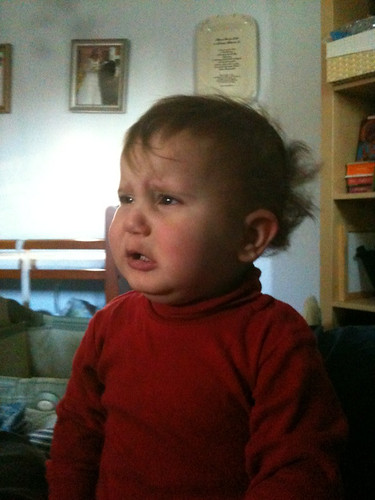 1. Well, now that Anthony has been on antibiotics for a week and is feeling chipper again, Ben has an ear infection. Sigh. After several nights of crying at bedtime and being up in the middle of the night, he finally admitted it hurt and agreed to go to the doctor. 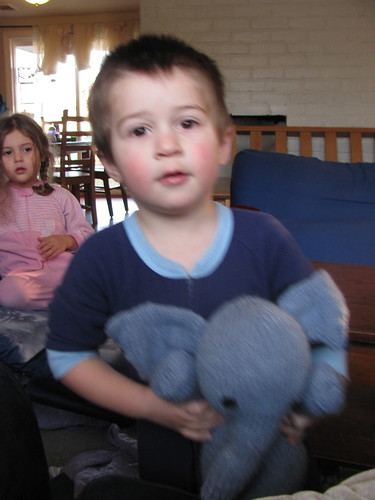 2. This morning I called the pediatrician and got an afternoon appointment. When I told Ben I’d take him to the doctor after lunch, he said, “My belly’s full.” So I tried to explain that his appointment was in three hours and not dependent on when or whether he ate lunch. No dice. “I want to go somewhere,” he insisted. I repeated that we’d go in about three hours. A few minutes later he appeared in the kitchen wearing his boots and holding his coat. Persistent little fellow. It makes sense in his world. We’re always telling him if he gets his boots and coat we can go. Thus, he’s got his boots and coat, we can go, right? So we went for a walk to get out of the house while Anthony slept and my sister stayed with the girls.

It turned out to be exactly what I needed. Fresh air, sunshine, a long stroll at a two year-old’s pace with a sweet little hand tucked in mine. I haven’t been able to get much of a break in the past few weeks with all the sick kids. I thought I desperately needed some time alone. A lot of time alone. But perhaps a walk with Ben was even better medicine for what ailed me. 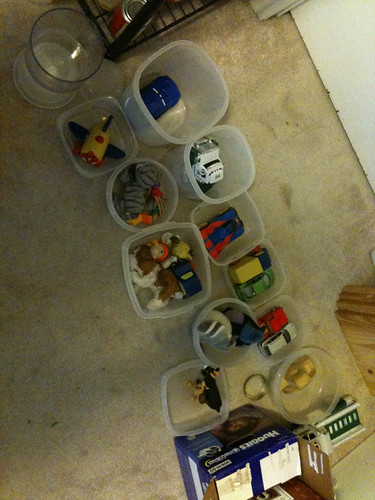 3. Sophie began to cry as we were heading out the door for our walk, “I don’t want you to leave! I don’t want you to leave!” She’s still feeling pretty rotten. (In fact she claimed she had an earache but the doctor said they looked fine.) While we were walking I found a tiny pine cone and gave it to Ben. He was delighted and held it in his mittened hand for a minute and then declared, “I’m going to give it to Sophie. To help her calm down.” So sweet and thoughtful. My heart is melting. 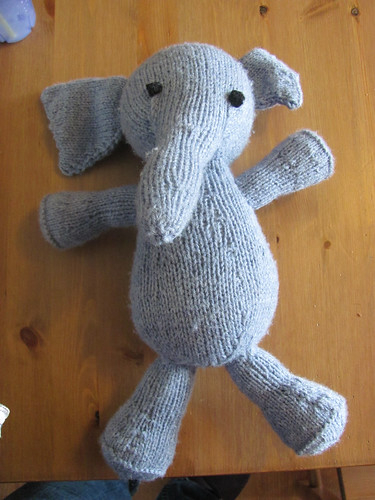 4. Sophie tells me that Miss Irwin is going to fall off the holy mountain and die. Bella corrects her and tells me that it is called the Mountain of Death. And now Bella tells Sophie that she has to be the mean person who pushes her off the mountain. And Bella asks if Sophie will bury her while she’s lying on the ground with a burial sheet. Evidently Miss Irwin has graduated from firefighter to martyr. (Of a sort?) 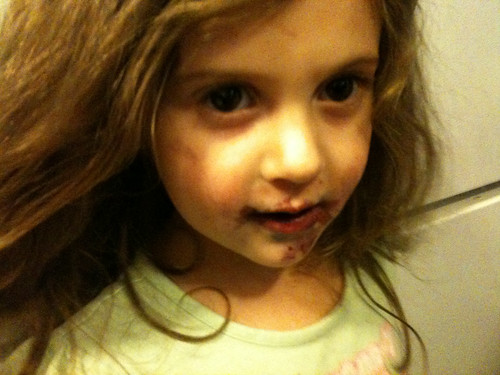 5. Bella: “What kind of air is in a balloon that makes it float?” (The lady at the grocery store gave Anthony a free Super Bowl balloon on Monday.)
Sophie: “Affection.”
Bella: “No, it’s helium.” 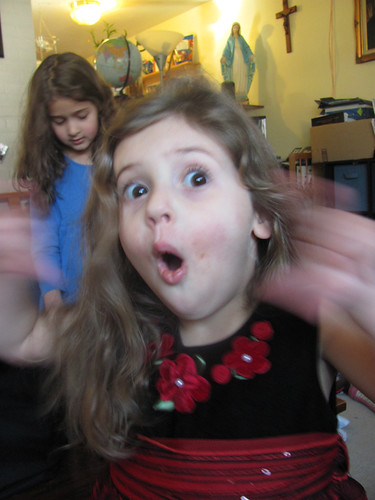 7. Ben found the train pajamas with the hole in the toe that I hadn’t got rid of fast enough and put them on tonight: “There’s a hole in my jamas! I want somebody to cut the hole off! Cut the hole off!” 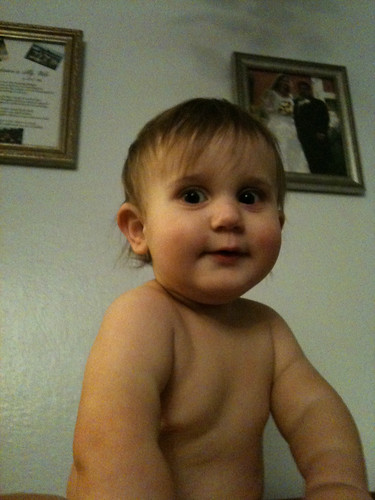 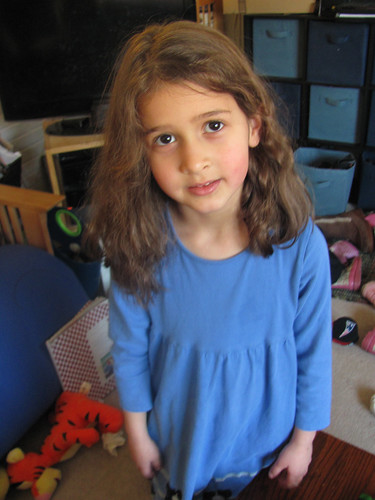 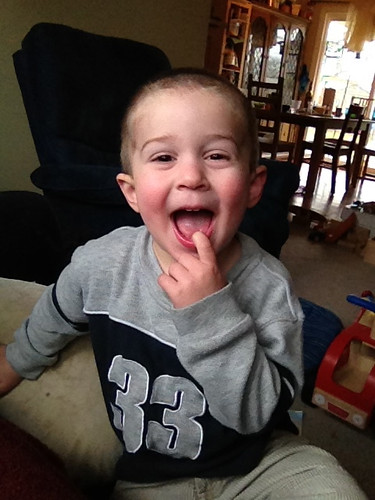 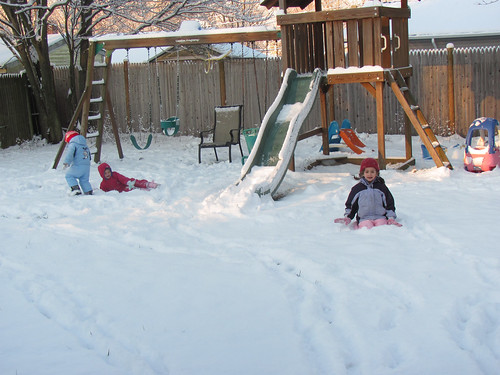