The Feast of the Conversion of St Paul—a Rabbit Trail 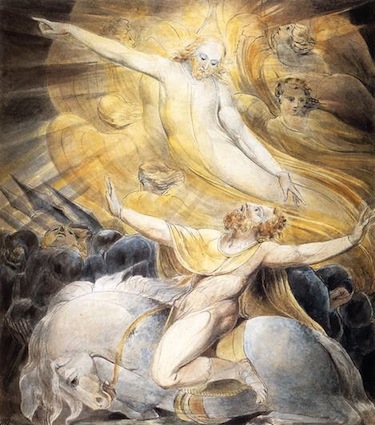 Homeschooling has kind of stalled out for us since before Christmas. It’s not that Bella isn’t learning, I’m sure; but formal lessons of any kind have fallen by the wayside as I’ve not had much energy for gathering myself into a purposefulness. So today it was a wonderful surprise to find ourselves stumbling into a little impromptu lesson inspired by today’s feast, which is one of my favorites. 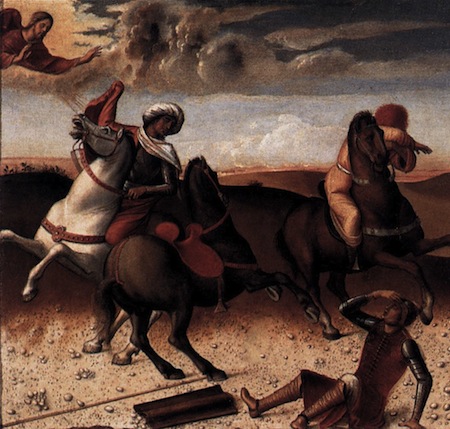 It is a frequent custom, though it doesn’t happen every single day, for Bella to get a chapter from a longer book read to her while the boys nap. So we read her chapter of our current book, a life of St Rose of Lima. Then I read a picture book for Sophie. Then I pulled out my Bible to read to them the passage of the conversion of St Paul from The Acts of the Apostles, part of my resolve to read to Isabella from the actual Bible more often in addition to retellings from her various Bible story picture books. 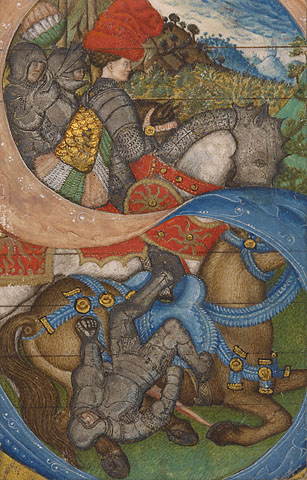 After we’d read the story of Saul’s vision on the road to Damascus and his healing by Ananias and his preaching of Jesus, then I thought it might be fun to show them some art inspired by that famous story. I googled “Conversion of St Paul” and clicked on Images and found the Carravaggio that I expected and a Michelangelo. Then I found this great Biblical art website that has catalogued a most impressive number of images of the subject, four pages of thumbnails. We didn’t look at all of them, there wasn’t time. But we clicked through to see quite a few of them. We had fun trying to identify which figure was St Paul, where the light was, or where Jesus was. It was interesting to try to figure out why each artist interpreted the picture as he had. Then Bella told me that none of them looked like what was in her mind. I told her that if she wanted to she could try to draw it; but she said she wouldn’t be able to get it right. Bella and Sophie had no idea that this was a school lesson and they are developing visual literacy. They just had fun looking at the pretty pictures. 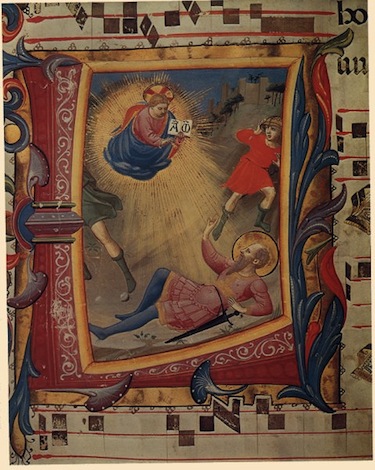 Some of the images we looked at were from illuminated manuscripts and one, by Fra Angelico, was clearly from a psalter with the square neumes of chant notation so I turned on my iPod and played the girls the Invitatory Psalm from today’s Divine Office podcast while we looked at the image and I briefly explained that the picture was from a song book and would sound something like the one we were listening to. 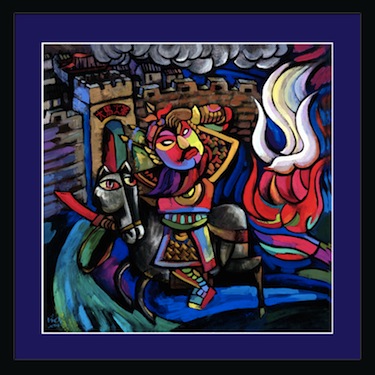 One image that caught Isabella’s eye was very colorful and very modern looking. The link took us to a gallery of images from a contemporary Chinese artist, He Qi. So we clicked through and looked at all the images in the gallery, and Bella was able to identify the subject of almost all of them, thus demonstrating to me both her visual and her Biblical literacy. She immediately knew the subject of the Finding of Jesus in the Temple, the Annunciation, the wise and foolish virgins, she identified an Agony in the Garden as Jesus on the Mount of Olives with the apostles falling asleep while he prayed. (Here’s the index to the gallery where you can see all of He Qi’s work. I’m in love and have spent hours staring at all the images in the galleries) 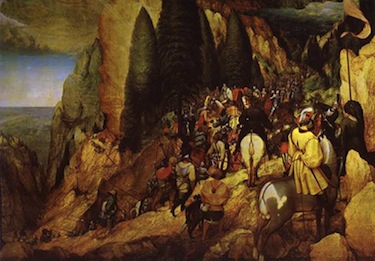 We couldn’t actually tell which character in Brugel’s painting is meant to be St Paul.

We had a nice little side trip because Sophie spotted the one picture that wasn’t a conversion of St Paul but an image of the Road to Emmaus. So they asked me what that story was and I retold the story in my own words. (One of my favorites, because my parents used to own a Catholic book store called Emmaus.) That led to Bella asking about why were the women in the upper room and us discussing whether the apostles taught Mary about Jesus or Mary taught them about him.

Then Anthony woke up long before we’d exhausted the girl’s curiosity, which is probably a perfect place to end. 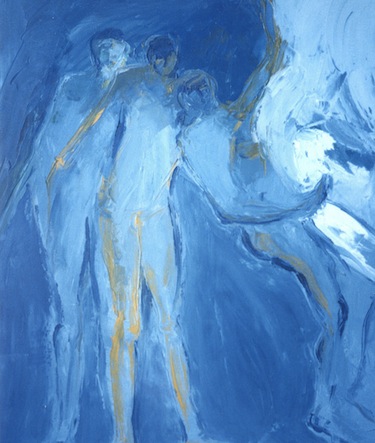 Bella was captivated by this one but neither of us could figure out which figure is supposed to be St Paul.

We’re all still sick and the house is a terrible mess from days of everyone being too tired to pick up properly; but it was one of our best learning days in a while. Isn’t it funny how that happens? Isn’t it funny how this spontaneous excursion was so much better than anything I might have planned ahead of time? Why do I spend so much time worrying? If I just rusted more I would see that Our Heavenly Father has it all taken care of.

And now it is time for me to go to bed. I think today was Day 6 of everyone being sick. I’m ready for this saga to be over.