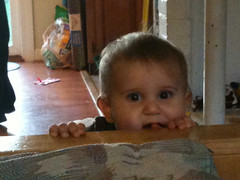 On Sunday Anthony was nine months old. I can’t believe he’s so old already. Where has the time gone?

He’s crawling around at lightning speed, pulling himself to stand on anything that stands still long enough (including my leg) and cruising along the edge of the couch. I’ve even seen him let go and stand for a second or so. Today when I went to put him down he locked his legs and tried to stand up. It won’t be long till he’s standing on his own and walking.

Because he’s standing, he’s also falling. Poor little guy has a nice collection of bumps and bruises, including a nice black and blue lump on his cheek that he keeps re-injuring.

He’s into everything. Loves ripping paper and tearing books and emptying drawers and boxes and baskets. He’s fascinated by the bathroom, always trying to get in the door. Much to his siblings’ consternation. 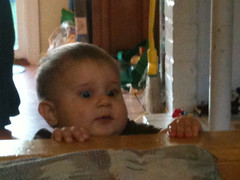 He’s also got a handful of recognizable words. He says things that are recognizably “mama” and “dada” and “bella” and I think I’ve heard a version of “Sophie” too. He also says “up” and makes the ASL sign for “milk”. Oh and sometimes when he’s got a dirty diaper he makes very insistent raspberry sounds: prrrrbbbttt.

He recognizes his own name for sure. When I call “Anthony!” he comes crawling from the other room.

He loves Bella and Ben and Sophie and they love him but often ignore him. Ben actively pushes Anthony aside in vigilant defense of his precious trucks. Anthony doesn’t even have to be touching them, if Ben even thinks he’s heading for the trucks, he’ll shove Anthony over. 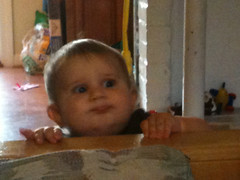 He’ll have his nine month physical in a couple of weeks; but I bet he’s almost 25 pounds. He’s wearing size 18 month clothes, with the pants cuffed up a few time because they’re too long.  He’s still primarily nursing, just nibbling at solid foods every now and then, a bite or two when we have meals. He does patrol the dining room floor for choice bits that his sisters or brother drop.

He’s a cheerful baby with a sense of humor. He doesn’t fuss much (though sometimes he does get terrible gas at night. Then he screams and screams, which isn’t fun at all). 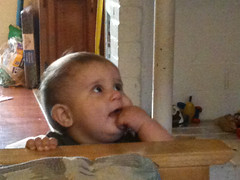 I wish I had better photos; but I keep forgetting to put batteries in my camera whereas my phone is always charged. So blurry phone photos it is. 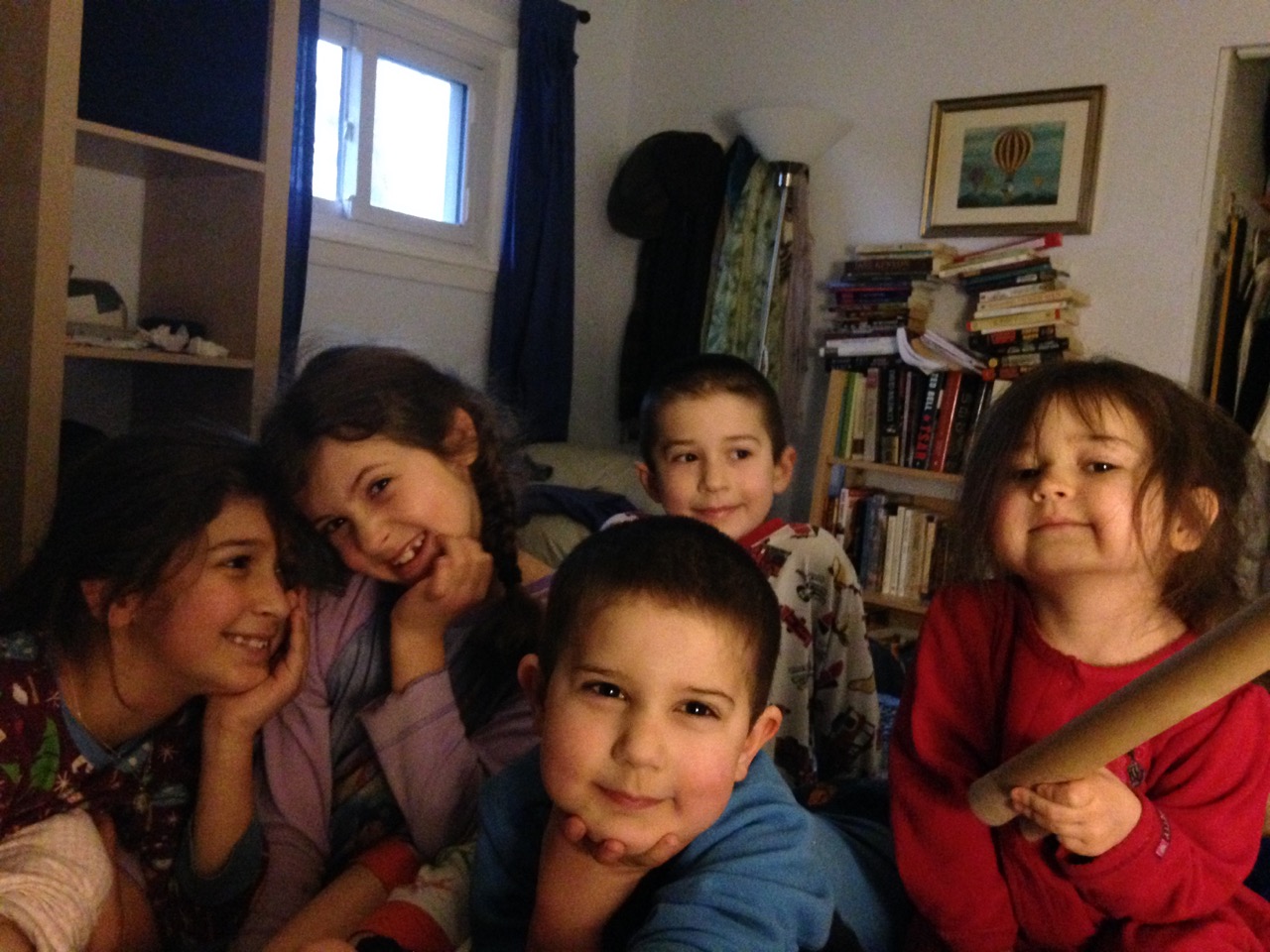 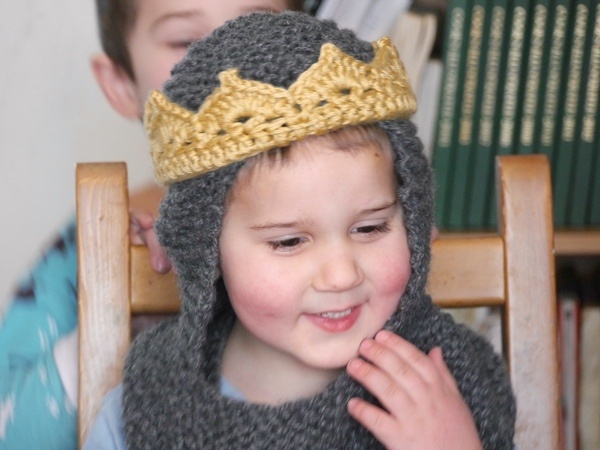