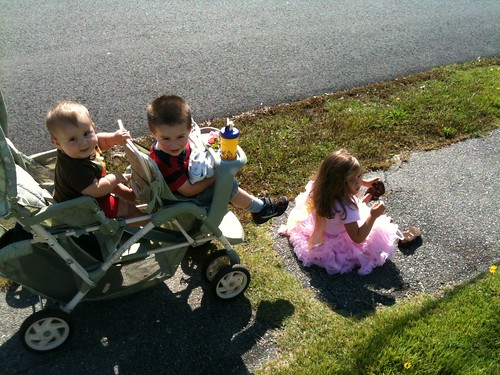 Yesterday I took a walk with these two cute as a button boys. We were joined by a pink fairy…. 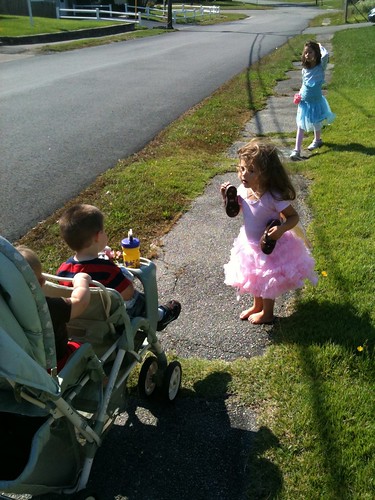 … and a blue fairy. In this picture the pink fairy has discovered that her fairy shoes were on the wrong feet and that’s why her big toes were hurting. 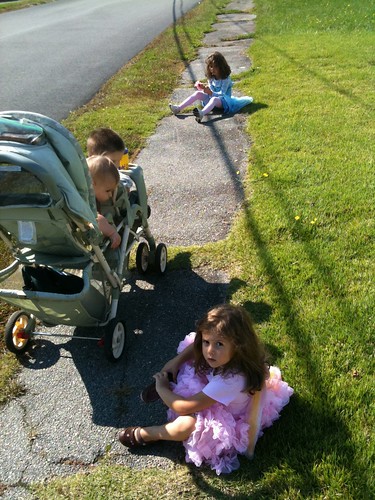 So we all paused while she sorted out her shoes. Later in the walk she decided that they were still hurting so she took them off and put them in the stroller. 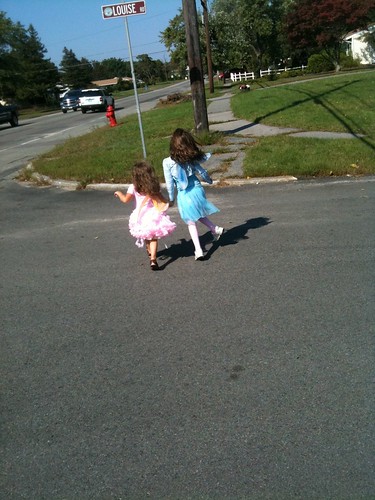 Soon the fairies were off and flying ahead of me. I let them cross the street together so long as they held hands and looked both ways. 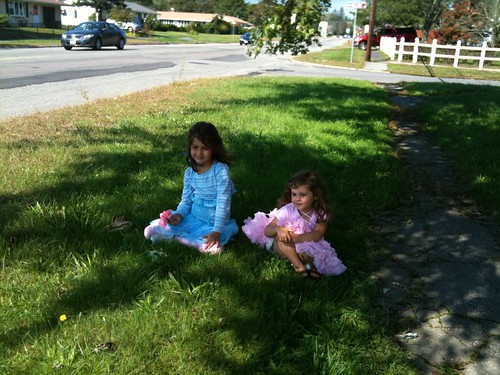 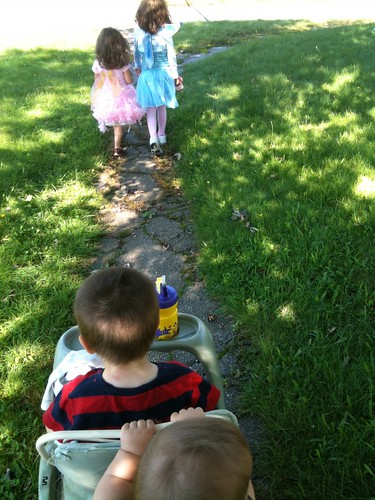 But fairies never rest for long. 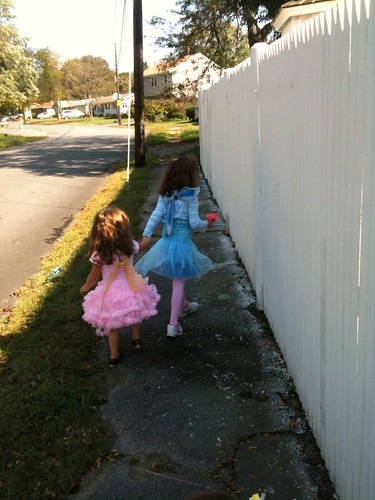 They were a bit scared of the dogs behind the big fence. Fairies can be timid creatures. 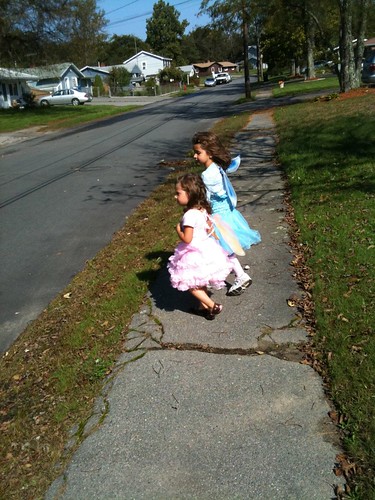 After we’d turned the corner a couple of ladies in a car pulled over to tell me that my “angels” had made their day. It was nice to be able to bring such huge smiles to their faces. 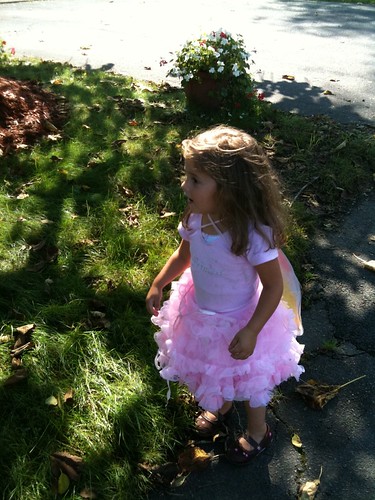 The pink fairy stops to admire some fall flowers. 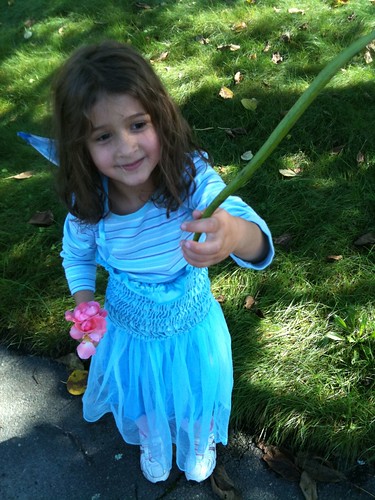 The blue fairy investigate a seed pod from the catalpa tree. She breaks it open to see what is inside. Fairies are very curious. 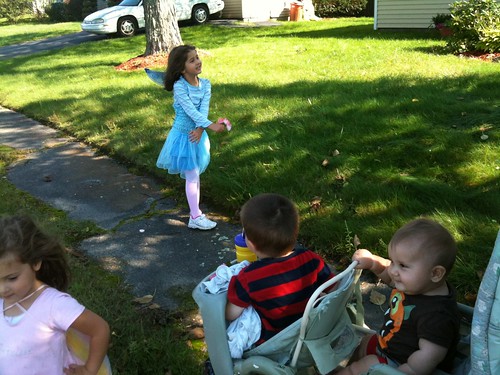 Anthony is enchanted with the fairies. As who wouldn’t be?

I hope my fairies can bring you some smiles today too.