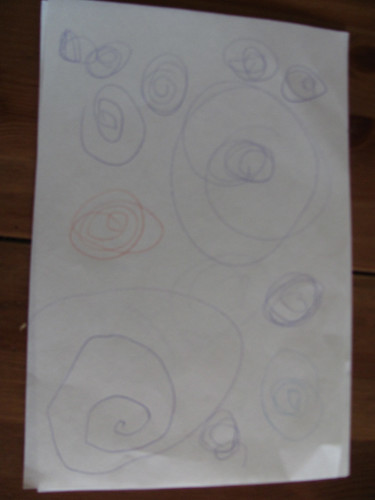 Her first attempt. (A blurry shot, sorry.) She spent a long time crafting each spiral. Her subsequent efforts were much less carefully drawn.

The other day Bella tucked a picture away on my night stand. And she put another one on Dom’s bedside table and gave one to Theresa and I think one to Sophie and Ben too. Her new obsession: seashells. 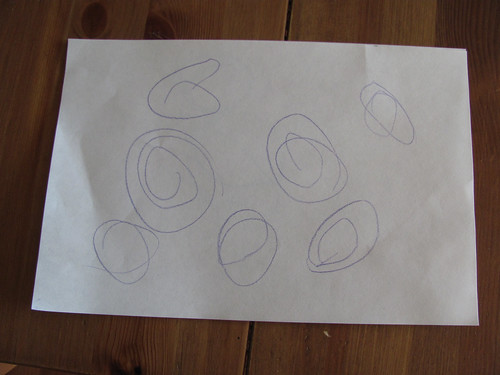 I just love the way she’s captured the essence of the spiral shape. 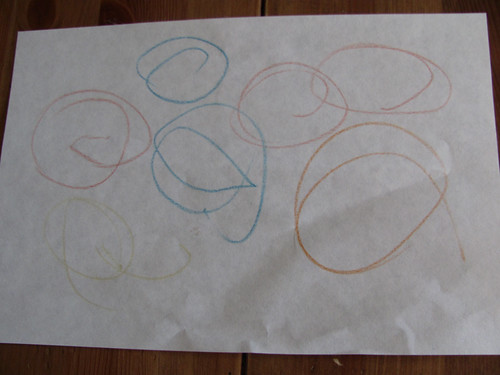 She’s really had a developmental leap recently when it comes to drawing. Suddenly she’s interested in trying to draw figures. I haven’t yet captured the octopus garden she’s made of the driveway. Each little octopus is in a little circle pod that Bella made by drawing a circle around herself. Last week each was accompanied by a diver. Today I spied some fish.

I guess we’re going for an ocean theme.