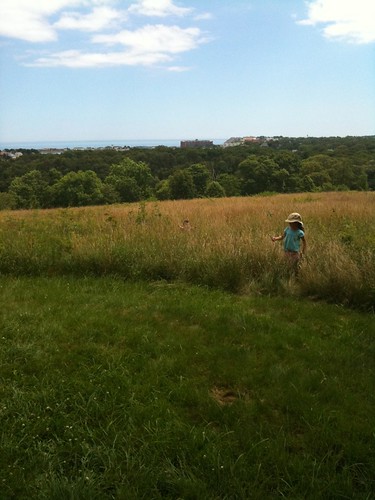 I’ve been wanting to have a picnic at World’s End since we first visited last year. Finally, today we made it happen. It wasn’t terribly well planned and in fact was rather slap-dash. But sometimes you’ve just got to go with it. We got a late start on the day after a middle of the night incident with Ben had us all up for almost an hour; but I was determined to make it work anyway. I’m glad I didn’t give in because it was a perfect day. 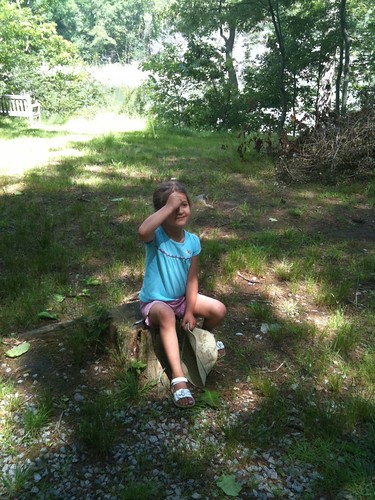 Bella had a yearning for fruit salad this morning. She was inspired by all the fruit we’d bought at the store yesterday. All the seasonal stone fruits: peaches, plums, apricots. I told her it would take too long to make for breakfast; but I’d make her some for lunch. I made a small batch. I made a bunch of peanut butter and jelly sandwiches from the loaf I baked yesterday. We also took some yogurt cups, string cheese, and some smoked bluefish we bought at the farmer’s market last weekend. 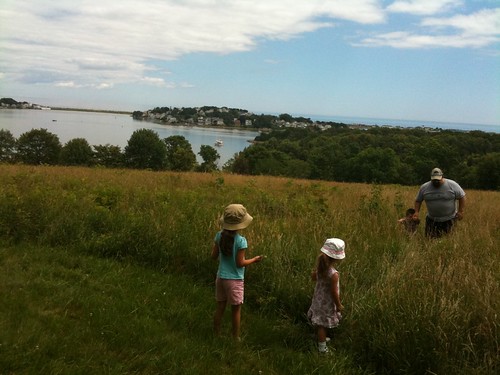 With a substantial lunch we’d be able to eat there and that would let us take a later expedition than we usually do. Still, I fretted as I slapped together sandwiches. It was so late and everyone was starting to get hungry and Anthony was cranky. 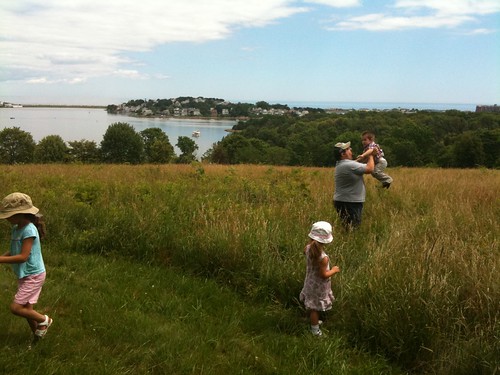 Once we were there it was all worthwhile. Ben fell asleep in the car on the way there and so did Anthony. They got enough of a nap to be happy once they’d shaken off the sleep 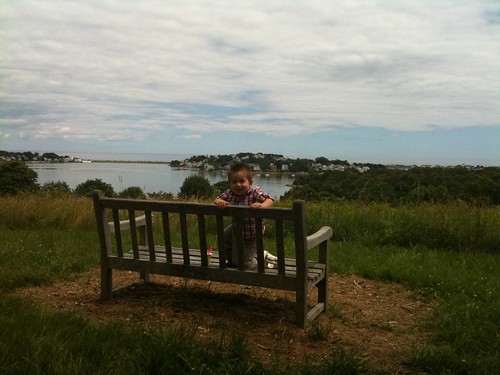 We had perfect weather. Warm but not hot, with a nice cool breeze. 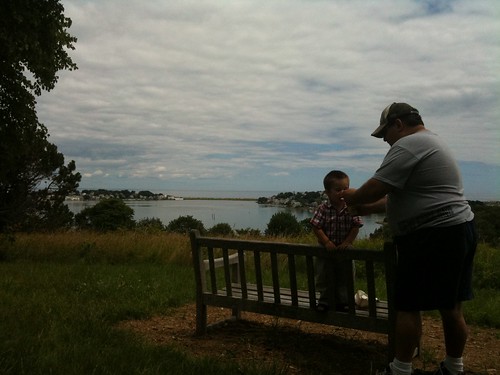 We had fun looking at trees, flowers, birds, butterflies. Trying to identify new species is a fun challenge. Not that we remembered to bring any guide books. All I had were the LeafSnap and iBird apps on my iPhone. 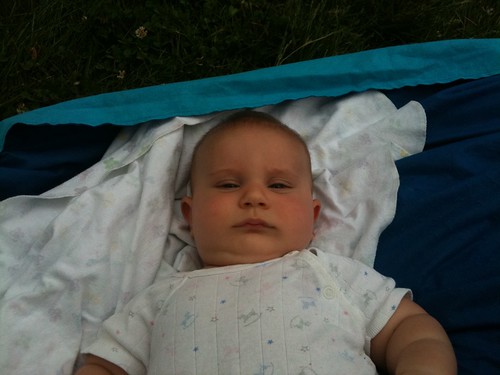 Anthony, squinting in the sunlight.

When we got to the top of the hill, we had the place to ourselves. During our picnic we saw one equestrian and two couples of pedestrians passing by. 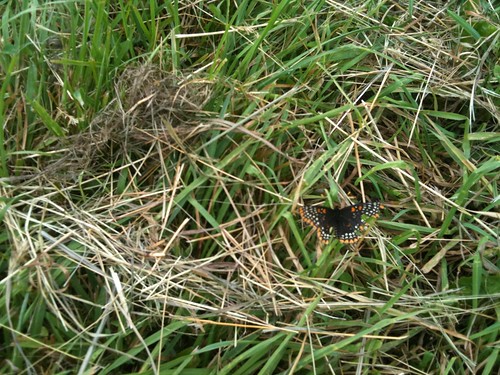 The children frolicked as they ate rather than lounging on the blanket I’d brought. Picnics are not eaten sitting down when you are five, three, or two. They also don’t last very long. Soon the children were all fretting to move on. No lingering, Mama. Not today. 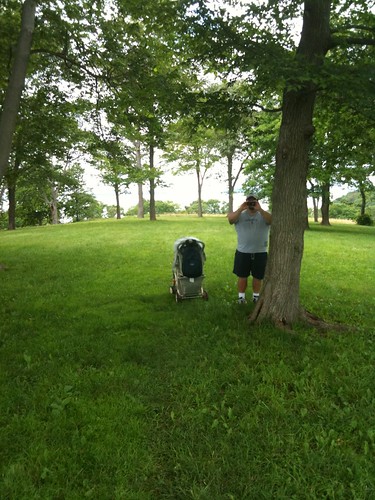 And so we wandered back to the car, pausing as we went to admire more flowers, trees, birds. Even Ben got excited about seeing robins and squirrels. (All squirrels are Squirrel Nutkin in our family.) 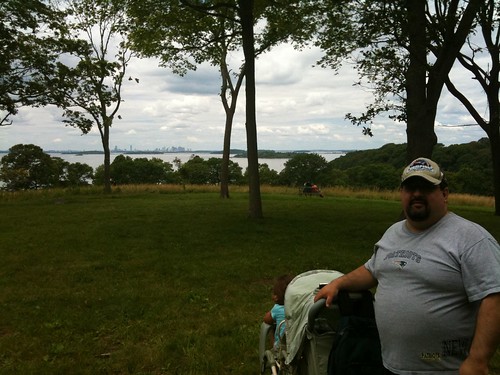 Dom with Boston skyline. One of my favorite features of World’s End is seeing Boston from over the water. 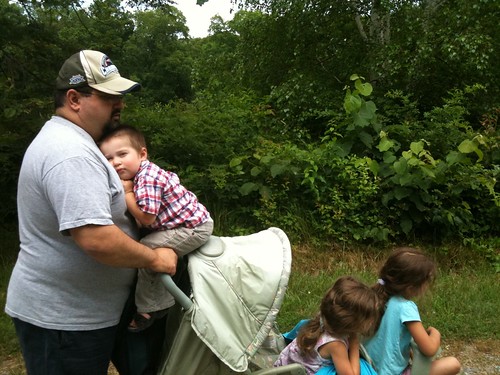 By the time we were heading back to the car everyone was tired. Bella didn’t want to walk because she really needed a bathroom, which was next to the car. So she and Sophie rode in the stroller. Ben walked with me for a while but eventually Dom put him up on the stroller’s handlebar where he rested his head against Dom’s chest as we walked. 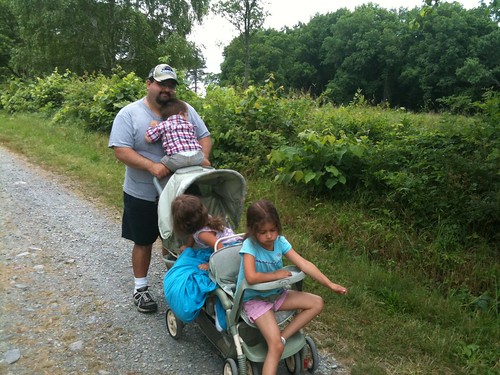 It was very sweet. 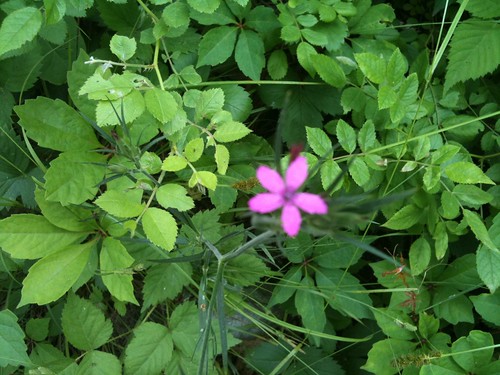 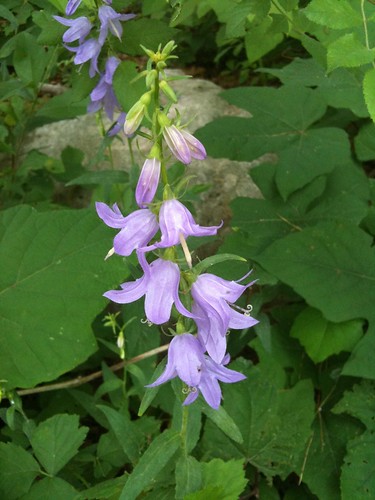 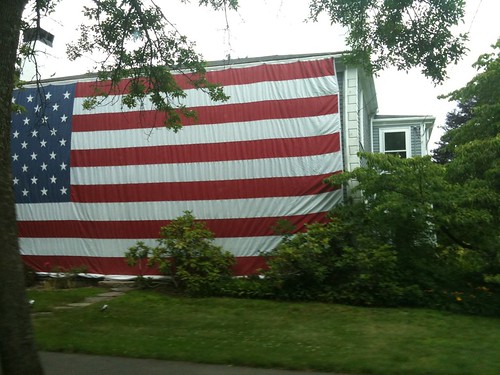 On the way there we spotted this house with a two-story flag draped all across one side. I snapped a photo on the way home.