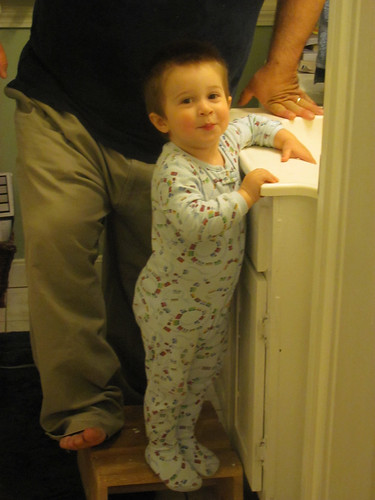 1. I’ve been “reading” Make Way for Ducklings with Ben. It is a very different experience than reading to the girls: “Here’s a car. Here’s a car. There’s a car.” He is not really interested in stories, just finding things in the pictures. Especially cars and trucks and trains. 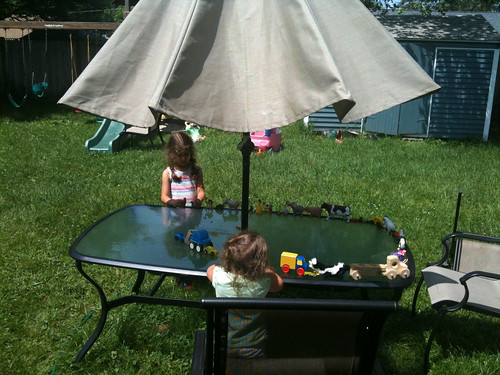 animals and apostles on parade

2. I was a bit steamed up trying to cook dinner the other night. Ben wanted to be held. Anthony was fussing for milk. Sophie jammed her hand and needed a Bandaid. Bella saw my distress and wanted to help; but there wasn’t much for her to do. She just can’t do most kitchen tasks. So her imaginary friend Jane came to my rescue to open the microwave and oven when timers went off.

More and more I see that Gina and Jane (and Meredith) Bella’s imaginary children, are being dispatched to help me when Bella feels helpless. They were also sent along with me to Florida when I was leaving. I think it’s very sweet that she’s found a way to help out, even if only in her imagination. And it really does make me feel better to know how concerned she is. 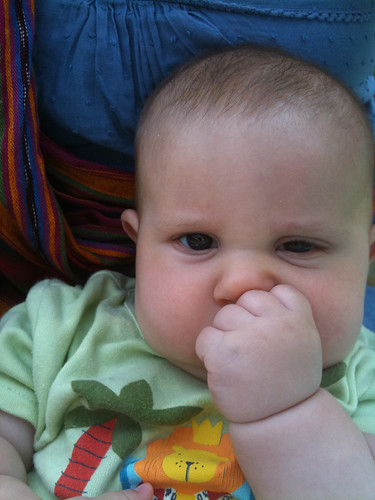 3. Bella took a dollar that Grandma B had sent her for Valentines Day to Target and used it to buy a plush flower. Which she then handed over to Ben immediately before we’d even left the store. She even encouraged him to cuddle with it at bedtime the very night that she’d purchased it. 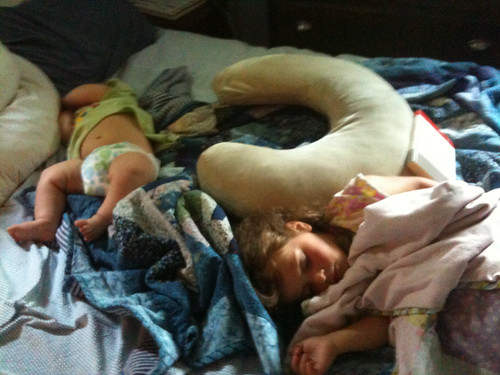 4. The purple-haired fairy is telling Jesus to get out of the attic. The games my kids play…. 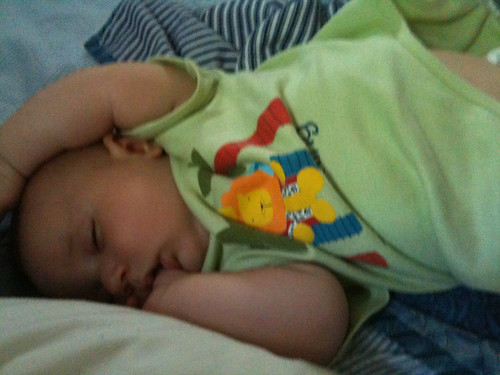 5. Bella had all the play animals lined up this morning and was doctoring them. Each animal had its own piece of train track to stand on. (They were “track beds that you stand on instead of lying down.”) Also each animal had a little block of what she called “die medicine”. I’m guessing maybe this is related to my explanation when she got the vaccines recently that among other things they were protecting her from polio and explaining that Pier Giorgio Frassati died from polio. “Die medicine”… so the animals won’t die. 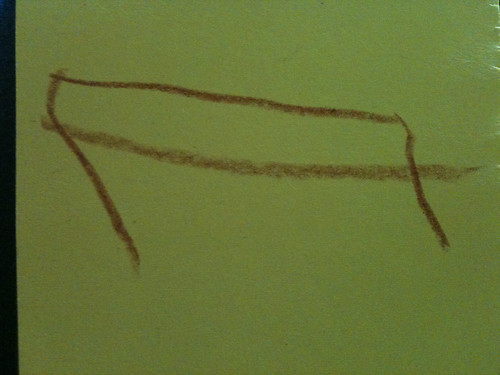 6. Bella drew me a picture of a tomb today. And a cross and some palms for Palm Sunday. 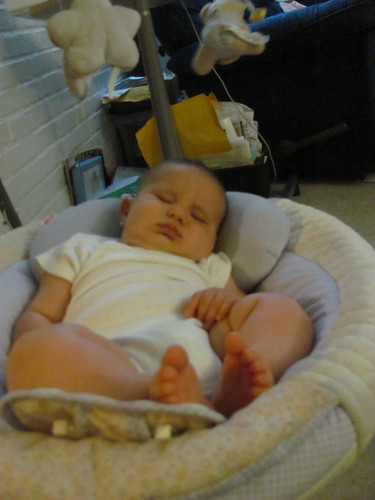 7. Moment of humility and taking stock for the week. Bella was drawing a picture for someone and I asked if she wanted to sign her name and she said she couldn’t. I said she should just try. I’d help her. She was too paralyzed by fear of doing it wrong. Messing it up. I think I yell at her too much. Point out her failures and not her successes. At five she should be excited and eager to try out new skills, not afraid to even make the attempt. She also didn’t want to help put stamps on the envelopes I was sending after she tried to do two of them and I corrected her when the stamps were hanging over the edge. I guess I’m not very good at letting her do things imperfectly. I want to be. I think I try to be. But the proof is in how willing she is to take risks: not very. 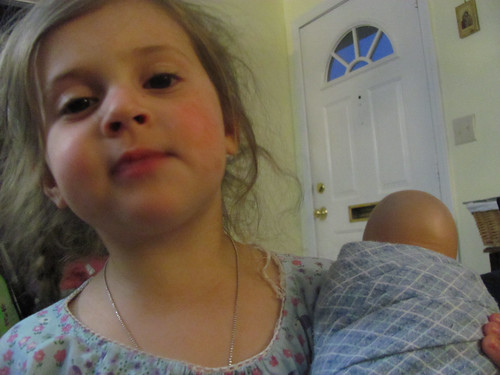 8. Moment of sheer joy: Bella got a box of story cards I think it was last year. Pretty pictures meant to spark creativity. Animals, princesses, fairies in all sorts of interesting situations. I’ve played with them a bit a few times before, trying to tell her stories after she picked out two or three cards. I’m not very good at telling stories. And Bella hasn’t been very willing to try it on her own. But today she was not only willing but eager. She’d pick out cards and set up the scenario for me: This is Princess Veronica and she has a garden near the river. I took off where she left off but asked her lots of questions so that she was supplying much of the material for the story I told. It was a great experience of collaborative storytelling. So much more fun to play off of her. I have the experience of what a narrative is where she has the creative vision. Sophie and Ben got into it too, choosing cards and asking me to tell a story. Again, I asked them questions and used their answers to shape my stories. Even Ben supplied me with a rudimentary scenario for his card, telling me that animals had picked the flowers in his picture. I had fun and so did they. I hated to have to end it to cook dinner.

I think Bella really has potential as a storyteller. She really enters into her imaginative worlds so fully. 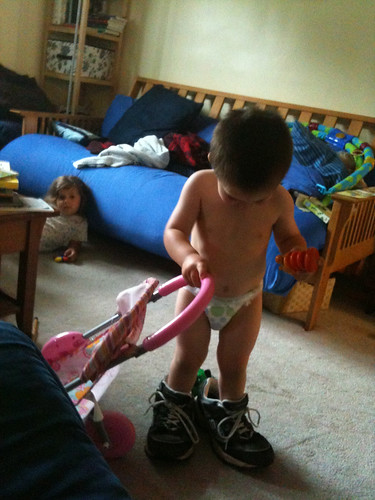 Betty Beguiles is hosting quick takes this week while Jen is resting and bonding with her new daughter, Pamela Scholastica.