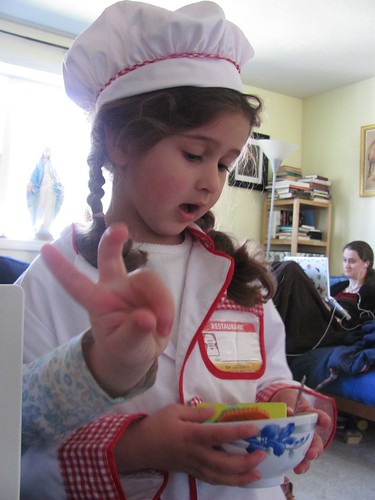 This morning before Mass Bella was flipping through The Water Hole

by Graeme Base and telling me a story. 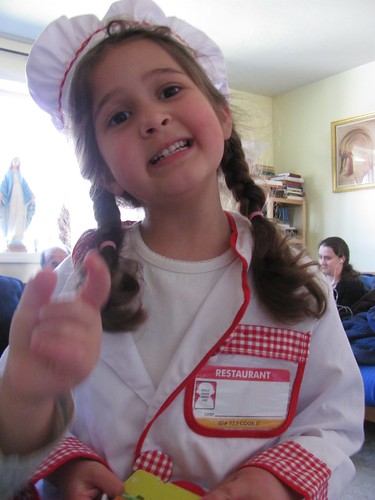 I was quite impressed by the yarn she was spinning. A story about a mother frog and her babies (called Shark and Lobster and Fish) and how all the other animals were helping them to get the food they could reach. 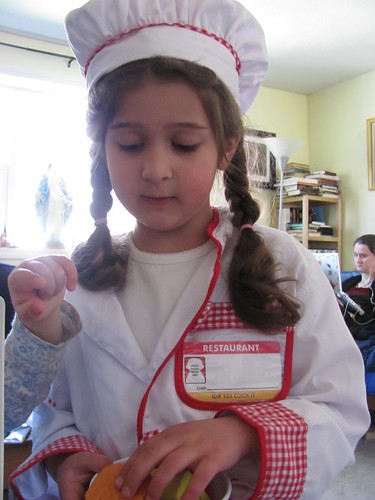 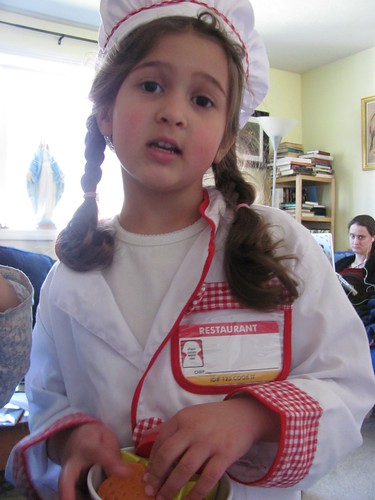 It was very detailed. 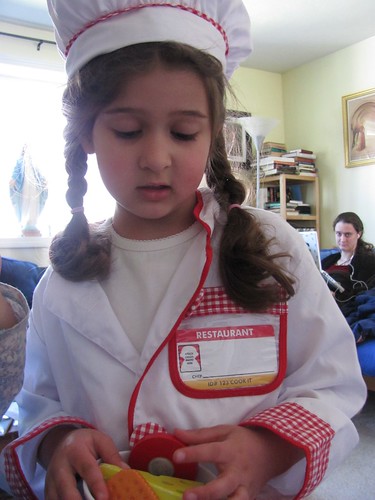 But what really grabbed me was the meta-story that Bella was telling. 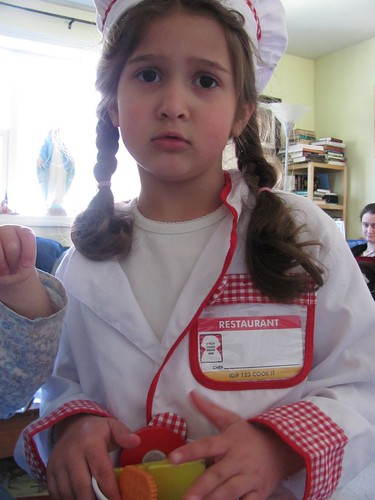 She told me that the story she was telling me had been written by her friend Cranna. (Cranna is a recurring character in Bella’s imaginary world.) 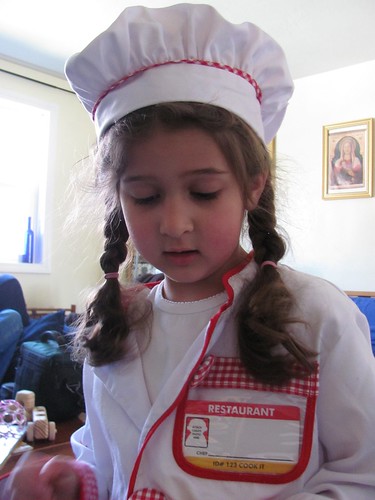 Cranna was in the desert. In Africa, it seems. 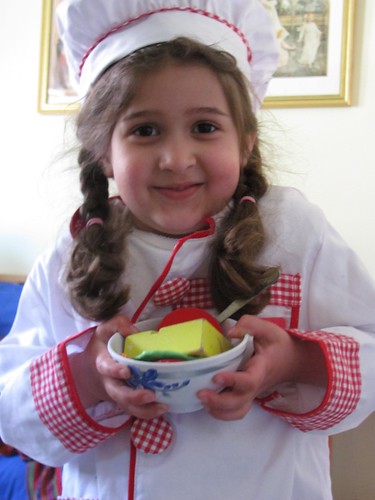 And she saw some animals at a water hole. And I guess she was inspired. 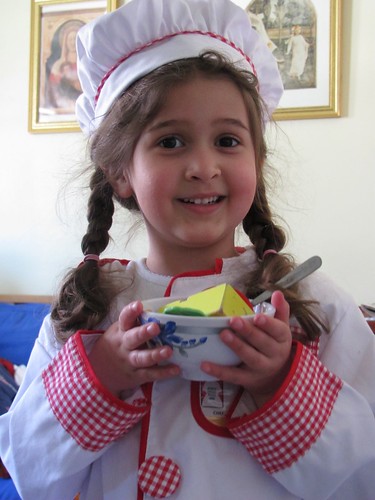 She wrote this story for Bella while she was coming home on the train. 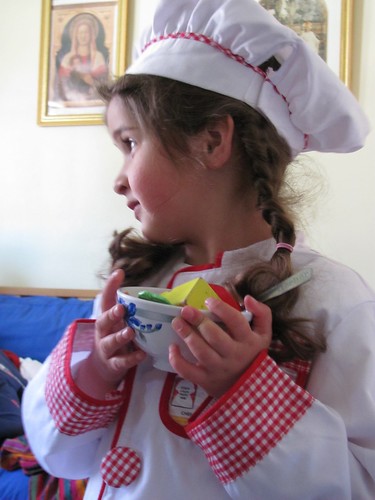 That kind of embedded storytelling is a pretty sophisticated device. I was impressed.