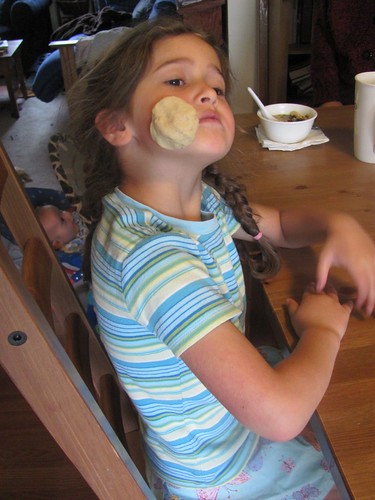 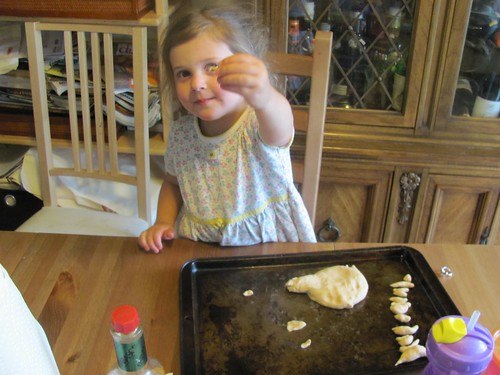 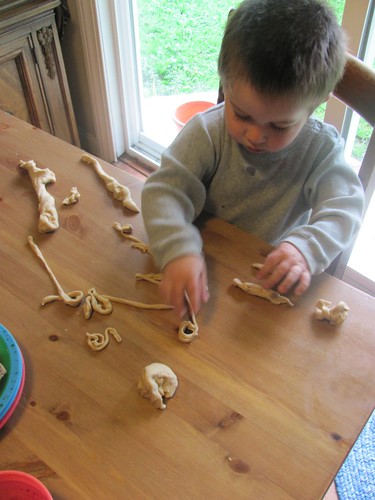 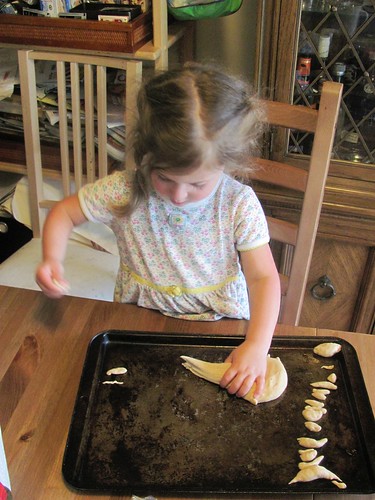 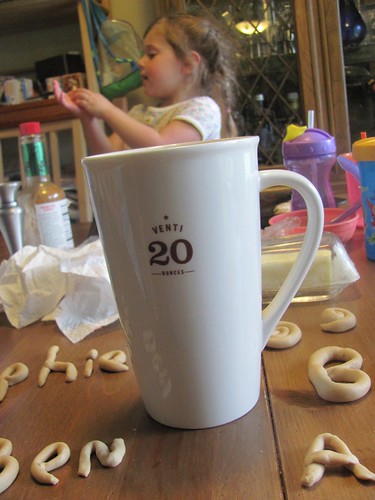 My favorite mug with my favorite tea: ginger peach decaf from The Republic of Tea 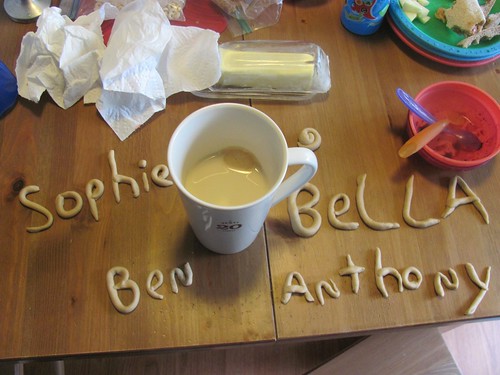 Another chilly rainy day. I knew I needed to do something new and fresh with the kids. So today we made dough and then played with it. I used my usual pizza dough recipe, cut in half. That way the kids could eat it if they wanted. (And they did.)

After we were done playing, I shaped the dough into rolls, let it rise for half an hour or so, and then baked it. The kids had the rolls for a snack after nap time, spread with honey and butter. The texture was actually pretty good, though they weren’t much to look at and didn’t really have enough salt for some reason. Maybe because the pizza sauce and cheese usually add enough flavor the crust doesn’t need it.

Bella mostly did silly things like making dough rings on her fingers and putting blobs of it on her face. She wasn’t much interested in making it into shapes.

Sophie made a family of worms. Every five to thirty seconds I had to admire another one. I had to look at it and give my verbal approval of it. Every time.

Ben didn’t do much shaping. After pinching off a few pieces and squishing them a bit, he began to move them around on the table and park them just as he does with his cars and trucks. It’s rather as if he’s putting them into some pattern that only he can see. He’s very intent and deliberate. Focused on his work and not at all interested in anyone else.

I just made letters spelling out the kids’ names, hoping to inspire Bella and get her interested in copying me. (She didn’t.) And then I made a flower. And then my play time was up and I had to go nurse Anthony so I left the kids to their own devices.