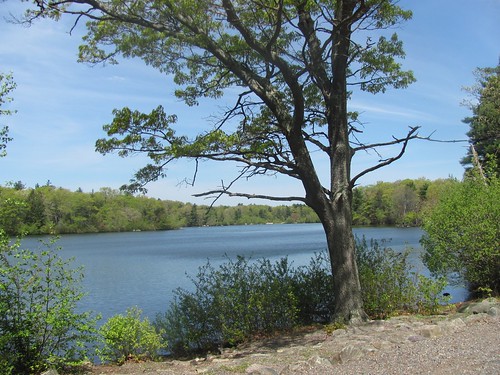 A beautiful day. Sunny. Warm. And nothing that has to be done. I loaded up the kids and we went to the park. O glorious park! D.W. Field park sprawls across more than 700 acres, centered around a string of ponds, with lovely wooded trails. 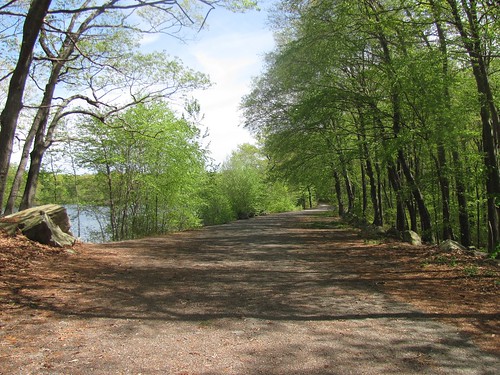 We parked in a new location and did a new walk but also revisited some of our favorite spots. There’s one particular flat rock where we always have to sit and have a snack. Or at least a short rest. There’s a waterfall. There are geese and ducks. Squirrels and chipmunks. Birds, birds, birds. And trees and flowers. Oh a paradise! 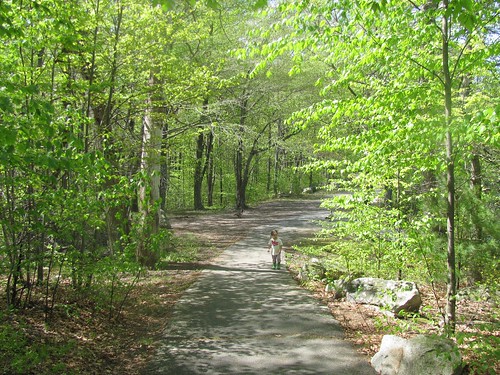 I put Anthony and Ben in the stroller and the girls walked. I’d considered carrying Anthony in the sling; but because I was alone with the four children, I was afraid that if one of the kids slipped into the water I’d really be in trouble with a baby in the sling. Slings are great but not when you’re trying to rescue wayward toddlers. 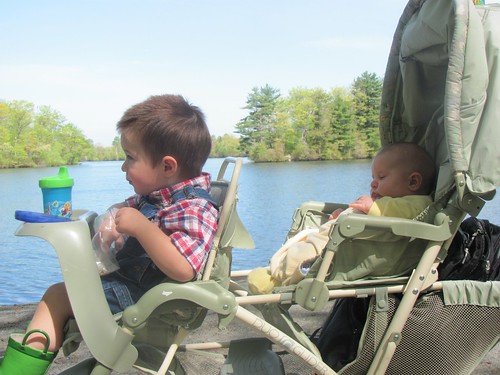 At any rate Anthony seemed just as happy in the stroller as he is in the sling. He really is a content little baby. He smiled and watched with big eyes for a while. 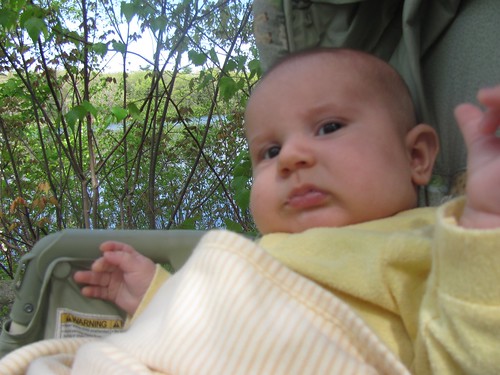 Then when he got tired he stuck his thumb in his mouth and leaned over and went to sleep. 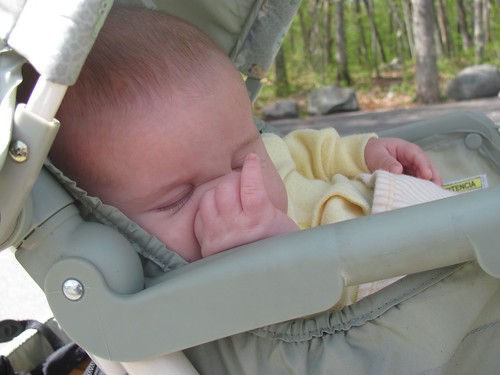 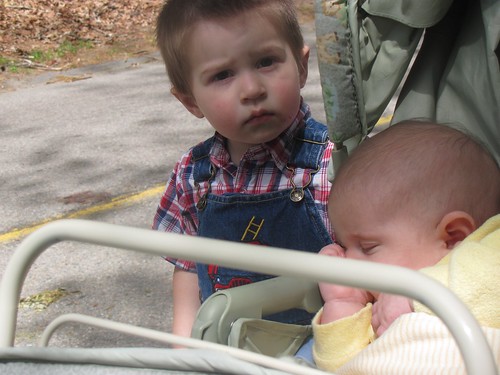 Ben loves to help me push the stroller. I figured it was good exercise for him. And he’s much better than his sisters at not being underfoot. 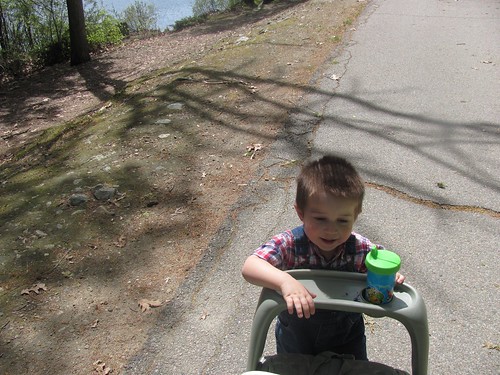 He also likes to stand in front and hold on, walking backwards while I push. 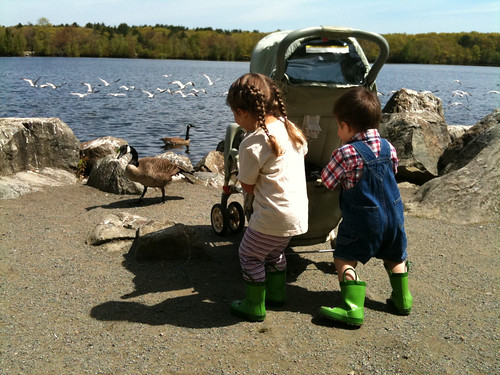 When we got to the area where the geese and ducks congregate. Bella was entranced. Ben and Sophie were a bit more wary of the large fowl; but Bella ran right in among the geese. She is so joyful. 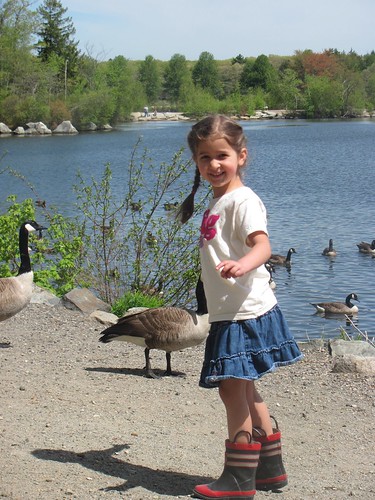 Running and jumping and giggling. So full of life and energy. So fully living in the moment. 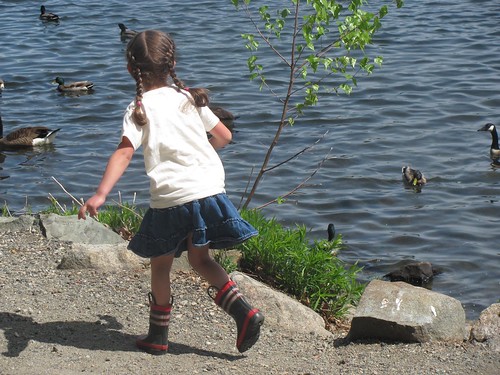 And yet I bet she could describe the characteristic markings of a Canada goose or mallard duck. She’s observant and carefully noticing. 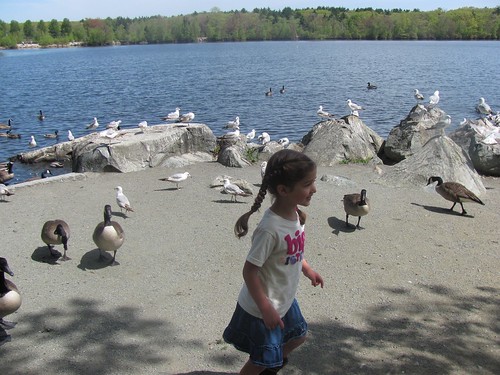 She pointed out that a couple the geese had gray necks rather than black necks. She wondered if they were ducks. A good hypothesis. I told her they were too big for ducks and that other than the nexk they looked like the other geese. So that I suspected they were juvenile geese. (Have to check my hypothesis to see if I’m right.) 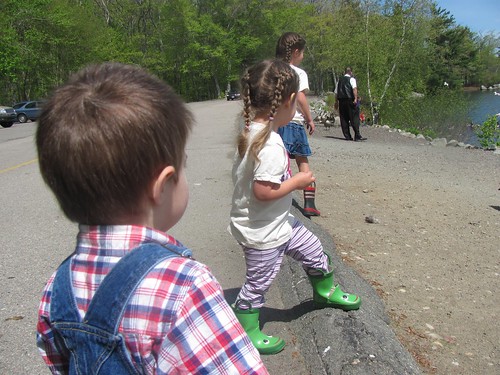 Sophie and Ben stayed closer to me. 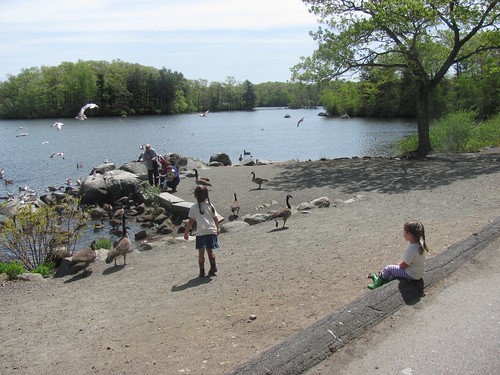 They were mostly content to watch their big sister in action. I think Ben was a bit overwhelmed by that point. Though after watching a while he did finally get a bit closer. 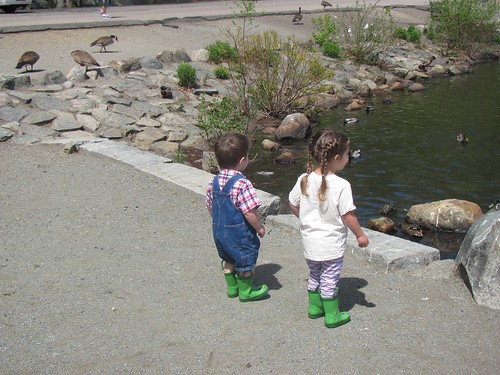 I got a great shot of this goose in flight. 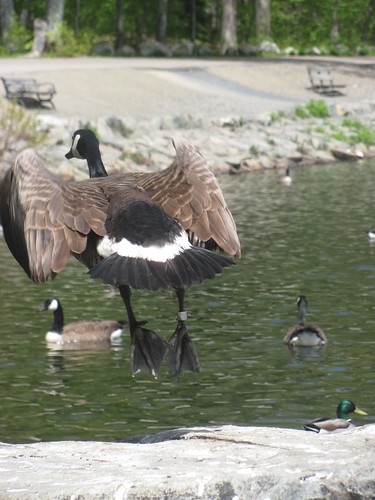 Other highlights of the day were throwing sticks into the water, naturally. 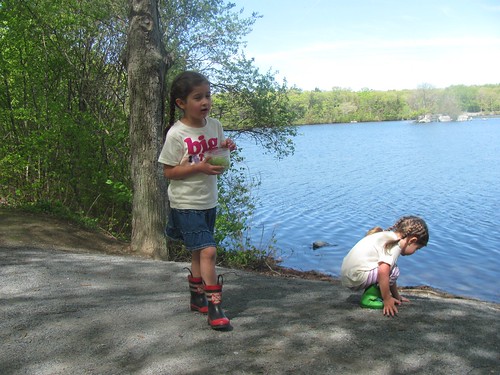 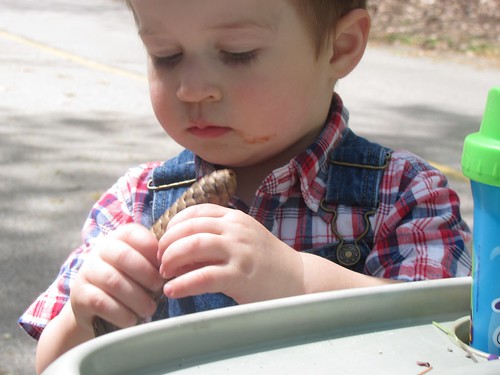 Though amazingly we didn’t end up with much of a collection to bring home. 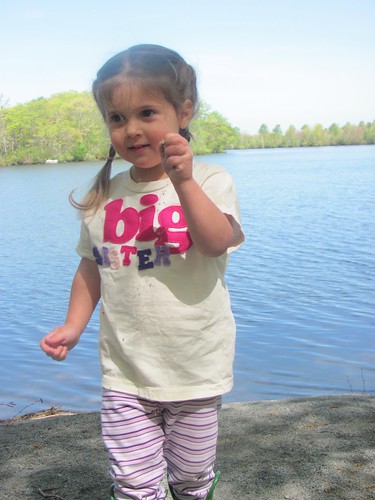 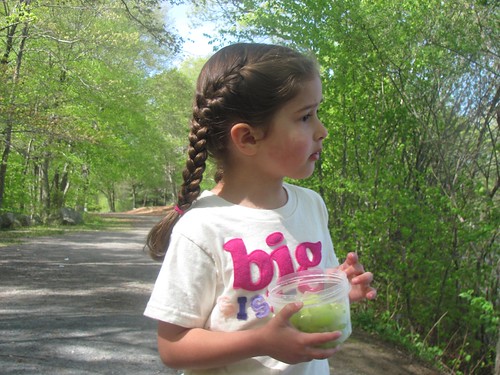 Eating out of doors. 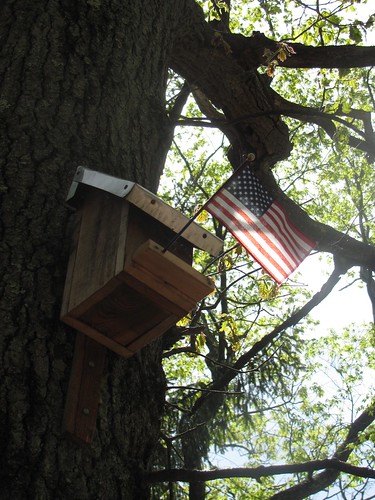 Best of all, walking hand in hand with your best friend. 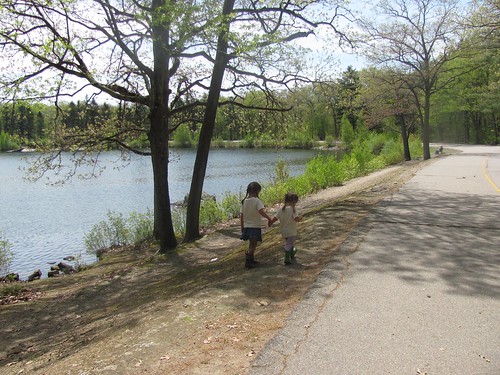