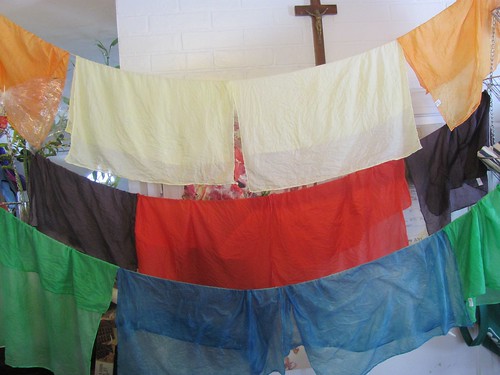 A bright splash of color on a dreary February day.

One of the presents the girls got for Epiphany were some silk scarves along with the promise that we would dye them soon. Today about a month later we finally got around to doing the dying. It took me several trips to the grocery store to remember to get all the supplies and then I kept waiting for a day when I didn’t have any other plans. As I suspected, it took most of the morning to do all the dying. 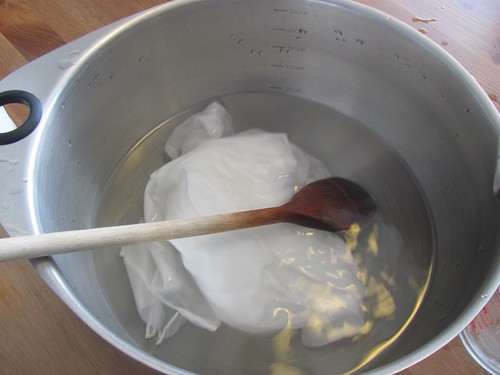 White scarves soaking in a vinegar bath to prepare them for the dye.

I bought the scarves here—paid about $25 for a dozen white squares measuring 21.5×21.5—and the instructions for dying them are here. 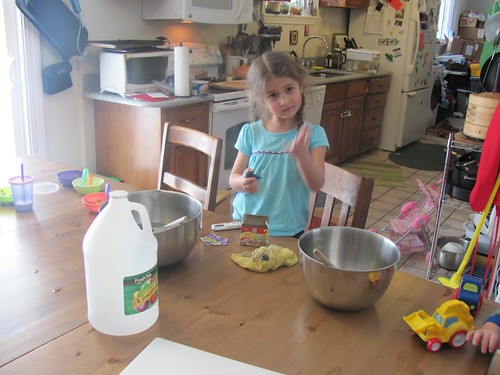 We used Kool-Aid for the red, yellow, orange and purple and food coloring for the blue and green. For 6 batches of dye I also used an entire gallon of white vinegar. 3 cups for the pre-soak and 2 cups per dye batch. 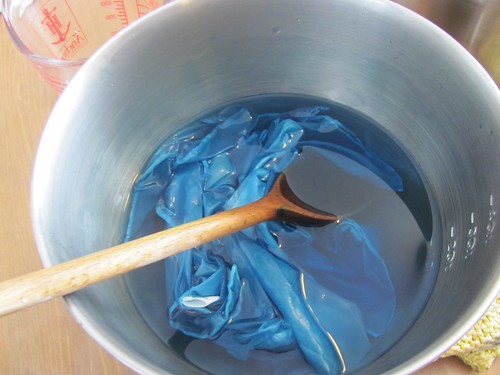 I wasn’t sure how much the girls would be engaged in the actual dying process. Though they were familiar with the basic idea from our favorite A New Coat for Anna

. It turned out there was just enough for the girls to do to keep them engaged through most of the process. 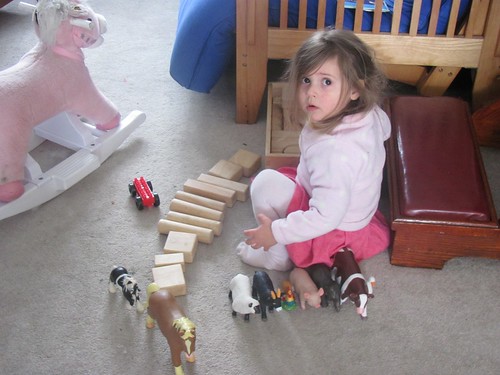 Sophie did take a little break to play with blocks at the very end.

There was much excitement about all the colors. I started with the yellow, knowing it would be the least dramatic and then we did orange and then red then purple (which Bella declared looked black in the bowl.) 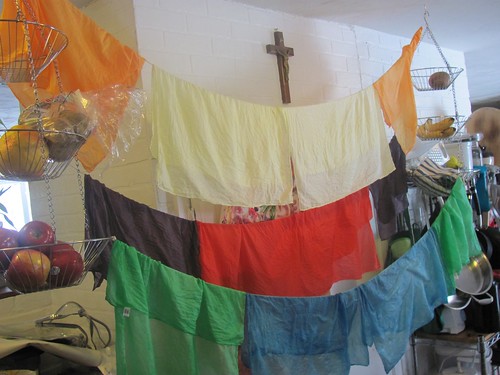 Our makeshift clotheslines strung between the hanging baskets. Dom declared it looked like a Gypsy laundry. Or Tibet.

I’m actually glad we waited and they had time to play with the plain white scarves for a while. I think they’ll appreciate the colors even more now. I’m so eager to see where their imagination will take them. 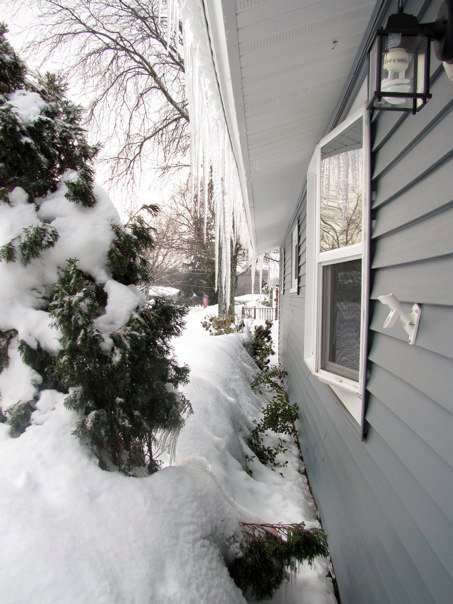 Just for contrast, this is what you see if you step out the front door and look to your right.