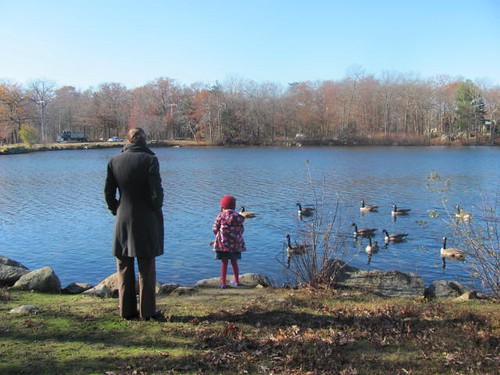 Amazing how a little sun and warmer weather can brighten your mood. Yesterday morning the house was a wreck; but the sun was out and the weather was mild and my sister had the day off. Housework can wait.

“Let’s go for a drive,” I suggested. Sophie and Ben immediately scrambled for their coats and shoes. Bella needed a bit more convincing; but I eventually got her motivated.

I packed some food so we could lunch on the go and then we went. 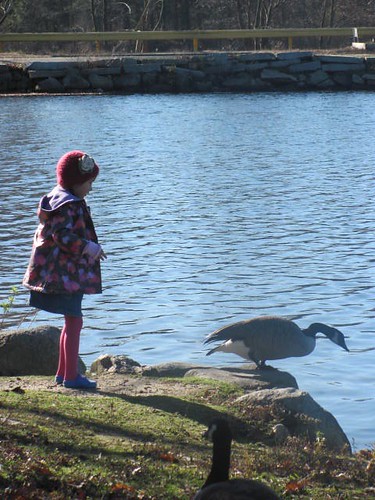 Of course, once we were at the park Bella didn’t regret it at all. 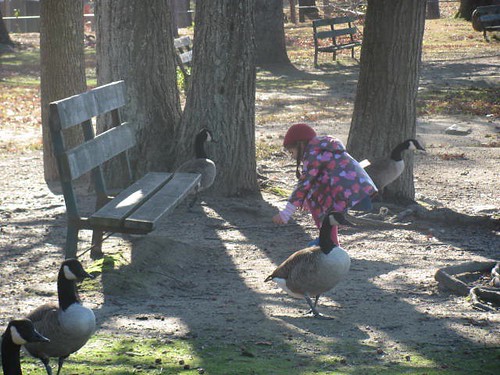 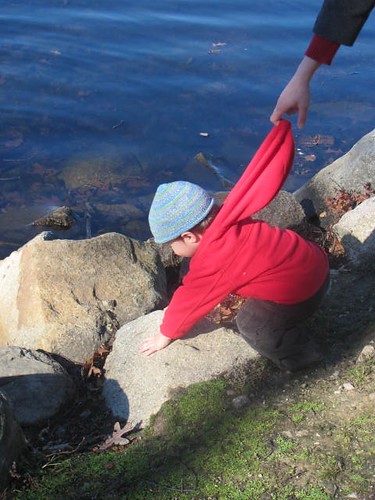 Ben loves geese. He had to be restrained because he was determined to get down to the water. Eventually I had to forbid the girls from throwing sticks and such into the water because they were tempting him too close to the edge. Once they wandered away and did something else, he was content to move away as well. 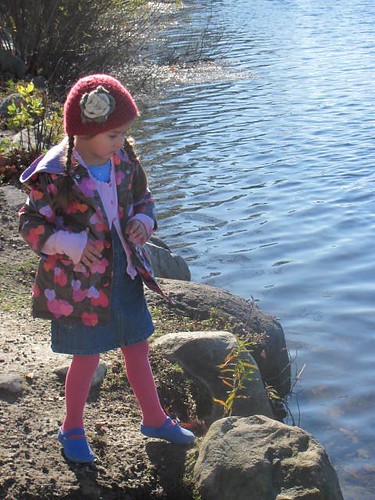 This particular park is fast becoming my favorite destination for an outing. It has beautiful paved trails that make it easy for a pregnant woman with three small kids and a double stroller to enjoy the beauty of woods and water. 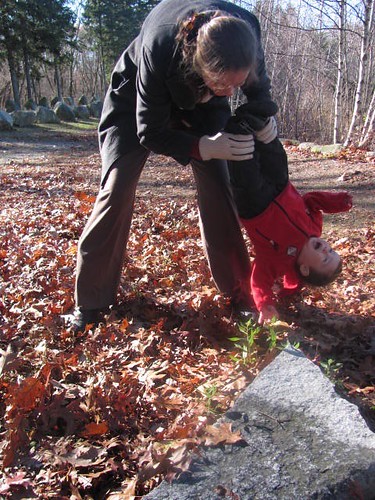 For whatever reason our yard never seems to fill up with leaves in the fall even though we have quite a few trees. Which as far as Dom is concerned is great—no raking. But it also means the kids don’t get to play in the leaves very often. We found a nice spot away from tempting water where there were lovely drifts of oak leaves for them to run and play in. 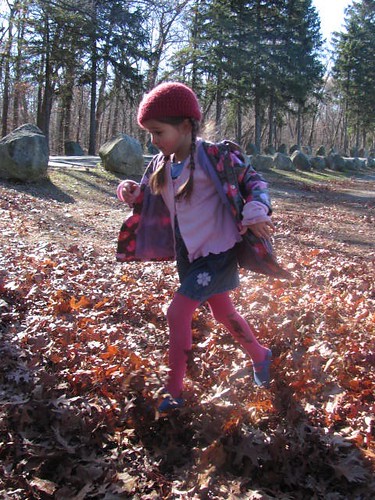 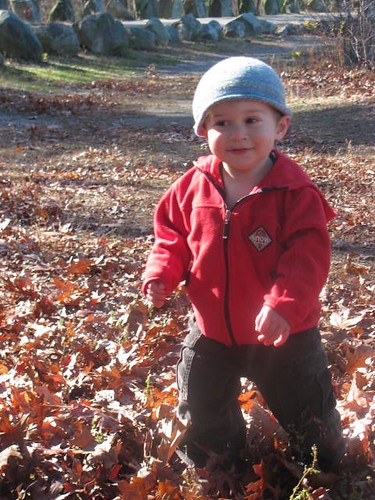 Ben and Bella went at it with glee. Sophie is a bit more stoical. Her look as she ran about in the leaf drifts was one of calm concentration. 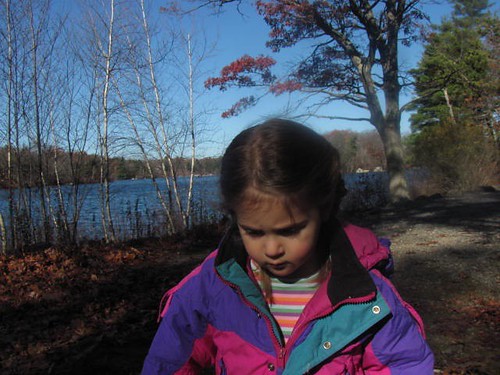 But I was able to get her to become a bit more animated when she noticed the camera. 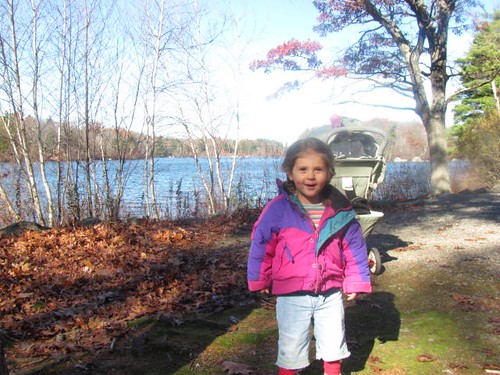 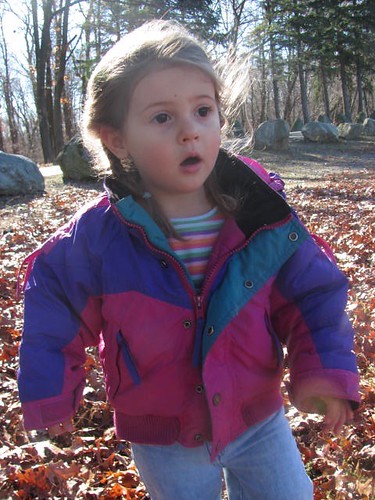 Bella just had to climb on every rock she saw. Impractical shoes, skirt, tights did not slow her down at all. 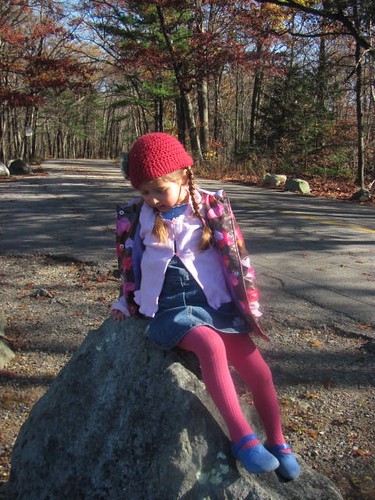 Bella fell and scraped her knee. Ben very nearly threw himself into the water several times and threw a massive temper tantrum at one point, flinging himself to the pavement over some imagined slight. Sophie fell out of the car and hurt her finger when she was trying to climb into her car seat in her two year-old “do it myself” way. Nonetheless a very successful outing. We all came home happy and tired.

Today I cleaned the house and now am feeling content inside and out. 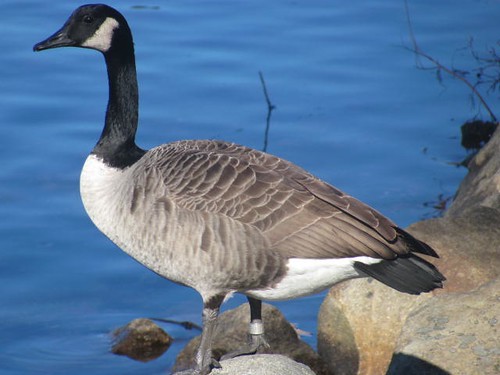