Reading Round the Net 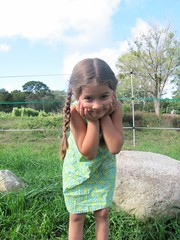 It’s been a long time since I’ve been moved to do more than just throw links up in my Google Shared widget; but for some reason today I feel moved to do a linky post. Just cuz.

1. First, there’s Pope Benedict’s historical address to Parliament in Westminster Hall. The Bookworm brought it to my attention.

As I speak to you in this historic setting, I think of the countless men and women down the centuries who have played their part in the momentous events that have taken place within these walls and have shaped the lives of many generations of Britons, and others besides. In particular, I recall the figure of Saint Thomas More, the great English scholar and statesman, who is admired by believers and non-believers alike for the integrity with which he followed his conscience, even at the cost of displeasing the sovereign whose �good servant� he was, because he chose to serve God first. The dilemma which faced More in those difficult times, the perennial question of the relationship between what is owed to Caesar and what is owed to God, allows me the opportunity to reflect with you briefly on the proper place of religious belief within the political process.

And yet the fundamental questions at stake in Thomas More�s trial continue to present themselves in ever-changing terms as new social conditions emerge. Each generation, as it seeks to advance the common good, must ask anew: what are the requirements that governments may reasonably impose upon citizens, and how far do they extend? By appeal to what authority can moral dilemmas be resolved? These questions take us directly to the ethical foundations of civil discourse. If the moral principles underpinning the democratic process are themselves determined by nothing more solid than social consensus, then the fragility of the process becomes all too evident – herein lies the real challenge for democracy.

The central question at issue, then, is this: where is the ethical foundation for political choices to be found? The Catholic tradition maintains that the objective norms governing right action are accessible to reason, prescinding from the content of revelation. According to this understanding, the role of religion in political debate is not so much to supply these norms, as if they could not be known by non-believers � still less to propose concrete political solutions, which would lie altogether outside the competence of religion � but rather to help purify and shed light upon the application of reason to the discovery of objective moral principles. This �corrective� role of religion vis-�-vis reason is not always welcomed, though, partly because distorted forms of religion, such as sectarianism and fundamentalism, can be seen to create serious social problems themselves. And in their turn, these distortions of religion arise when insufficient attention is given to the purifying and structuring role of reason within religion. It is a two-way process. Without the corrective supplied by religion, though, reason too can fall prey to distortions, as when it is manipulated by ideology, or applied in a partial way that fails to take full account of the dignity of the human person. Such misuse of reason, after all, was what gave rise to the slave trade in the first place and to many other social evils, not least the totalitarian ideologies of the twentieth century. This is why I would suggest that the world of reason and the world of faith � the world of secular rationality and the world of religious belief � need one another and should not be afraid to enter into a profound and ongoing dialogue, for the good of our civilization.

The full text is here.

2. Then there’s Fr Longenecker on “Reverence and Revolution”

The cause is much deeper, and it did not start with Vatican II or with the introduction of the Novus Ordo. The cause of the malaise is a very deep departure from the ancient faith. The cause is modernism, and modernism is a complicated and many headed beast. The beast’s genealogy dates back five hundred years before the Second Vatican Council. The beast’s roots are in the Protestant Revolution and the other godless revolutions that followed. The malaise in the church has grown out of the philosophical and cultural shifts within Europe for the last five hundred years.

The result is a turn away from a supernatural understanding of the faith to a utilitarian and practical understanding. The faith shifted its center from God to people, from heaven to earth, from a focus on God’s redemptive work in the world to our good works in the world. In other words, we turned from looking to God for our salvation and turned to ourselves and our community for our salvation. The philosophical and cultural waves that swept over us undermined a supernatural and God-centered view of the Christian faith and left us with a mish mash of half baked psychology, social theory, political activism, sentimentality, utilitarianism and self help ideologies which we have made into a new religion.

3. An interesting discussion on tithing in the comments here.

4. Finally, this comment by suburban banshee  made my day as someone who also struggles with her temper.

Re: the pope�s gentleness�He wasn�t always and everywhere a sweet person. One of his autobiographical works talks about his struggles with his temper, and there are some side mentions that his family members also tended toward having a temper under certain situations. Part of his pre-pope legend was that, really, he could look remarkably torqued off and nasty-stern when annoyed by newspeople with cameras. (I remember seeing video of this happen, when approached in front of his apartment building, because I kept trying desperately to explain to my dad that really, Ratzinger was a good guy!) Realizing that he was bringing ill repute on the Church and the CDF, he worked hard to stop getting angry.

So let�s appreciate his unfailing good humor in public as the trophy of a hard-fought battle against himself. (And perhaps, try to emulate him.)