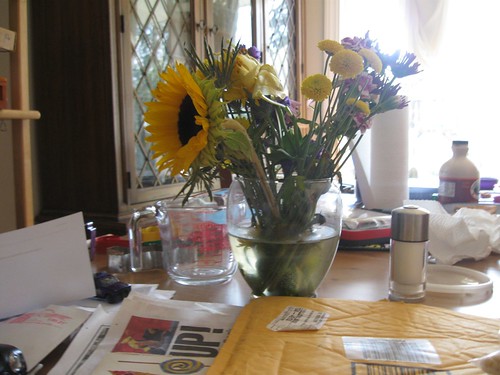 All the photos in this blog post are by Isabella. I gave her my old camera this afternoon while Ben and Sophie were napping and showed her how to shoot pictures. This bought me a few minutes of quiet time. (And didn’t she do a great job?)

Dom went back to work on Monday after two weeks of summer vacation. We did some fun things while he was home (Bass Pro Shop, a train ride to the New England Aquarium, peach picking…) and I enjoyed seeing more of him. Please don’t take it as a sign of some failing in our marital relationship that nevertheless I heaved a huge sigh of relief when the door closed behind him on Monday morning as two little girls, who had grown very accustomed to the new status quo, looked on sadly. 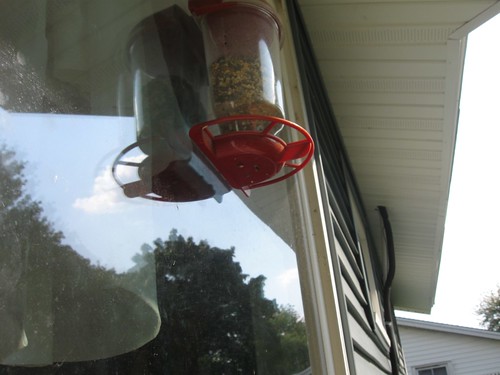 I love my husband. I love his company. For the first year of our marriage he worked from home and that was one of the happiest periods of my life (except for the morning sickness, of course). I don’t mind spending all day every day with him at home and wouldn’t mind if he were to work from home again in the future. Still, working from home is vastly different from being on vacation. In the main because it is a break from routine. 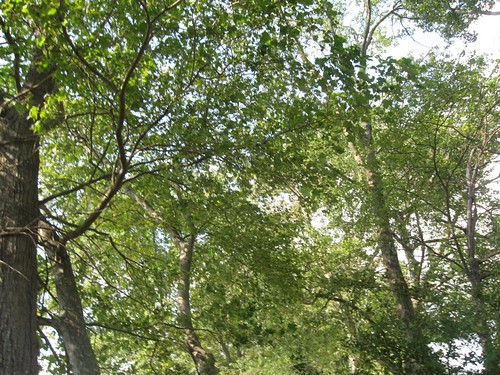 And it’s been a long time since I’ve been in my happy housewife routine. You may remember that at the beginning of August my mom came for a visit. She was here almost two weeks. 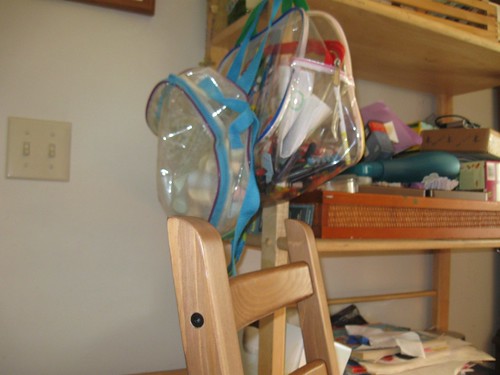 And here’s where I stop, get off that train of thought before it speeds off the rails, and backtrack to a lovely little blog piece that my fellow introvert, Amy Welborn, recently posted called The Introvert:

I’m a very, very strong introvert—and the reason I’m writing this post is because I thought of an example today to explain how strong.

When I write, I really have to be alone, which means without a lurking fear of distraction. That is to say, I can write better in the coffee shop at Barnes and Noble surrounded by 20 people than I can at home surrounded by 4. Why? Because I know, with certainty, that those 20 other customers at B & N or the Urban Standard or Trattoria Centrale aren’t going to hit me up for a snack, a band-aid nor are they going to start fighting over Legos. That suspicion, that waiting for the next explosion at home, keeps me on edge, prevents me from fully concentrating.

This also means —and this is the part that the extroverts are going to decide is really insane—is this: say I’m in the house and everyone is occupied. Everyone’s quiet. Let’s say that the little boys aren’t even around—they’re at school—and it’s just me and the other two, and the other two are in their rooms. No one’s talking to me, there’s no music, maybe just some laughter or a bathroom door closing every once in a while.

If both of them leave—I feel different. If I’ve got work I need to be focusing on, I feel relieved.

Now! I can finally concentrate. 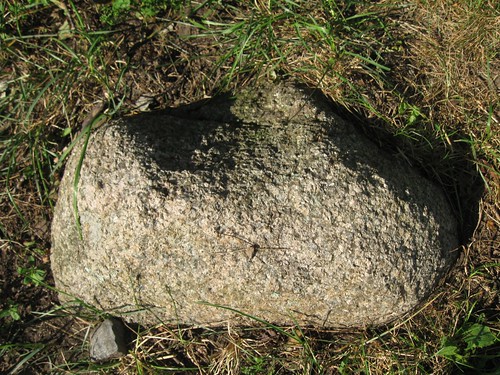 I’ve long known that I’m an introvert and I’ve written my share of blog posts about my insights into introversion. But this little example that Amy shares made something click for me: that feeling of relief and finally being able to work. I knew I felt that way about writing. But also, I realized, I feel that way about housework. 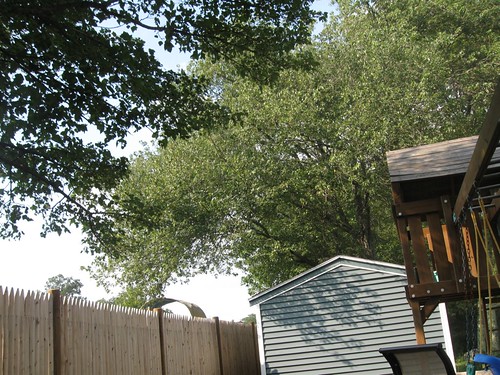 I was feeling pretty darn slothful by the time my mom left. In fact, while she was here she pretty much took over doing the laundry for me. And the dishes. For which I was grateful, don’t get me wrong. Very, very grateful. But beneath my gratitude, I’ll confess, lurked a little bit of guilt. Because I knew that I wasn’t that tired. I had been keeping up with the laundry pretty well before she arrived. True, the CNMC right after she arrived did drain me a bit; but I was really falling behind what I knew I was capable of doing. The house was a mess—and not just untidy, it was pretty dirty—and I knew it but couldn’t quite bring myself to do anything about it. 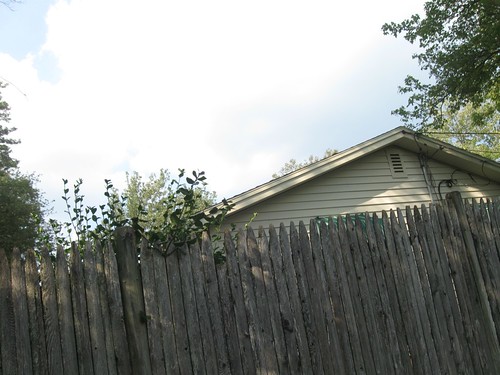 The slump continued while Dom was home on his vacation. Things got messier and messier and I felt totally out of control. Ah but then I read Amy’s piece and started thinking more and more about introversion and why, as much as I love my mom, I always get a bit cranky toward the end of her visit. It’s a break in my routine, I don’t have my usual alone time, and I don’t have the solitude I really need to get things done around the house. 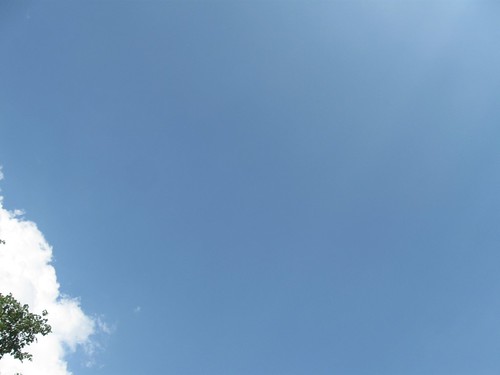 I talked some of my realizations over with Dom and he was very understanding. The timing of his vacation right after my mom’s visit meant I had been off my routine for almost a month by the time he went back to work. As much as I love him, I was getting cranky at the continued absence of my usual routine and my customary (very small) periods of solitude. While both Dom and my mother are fellow introverts, quiet and unobtrusive and quite willing to grant me quiet time during the day, I still had that ridiculous nagging feeling Amy describes, an awareness of someone else here. Followed by an awareness on Monday morning of relief: Now I can finally get things done! 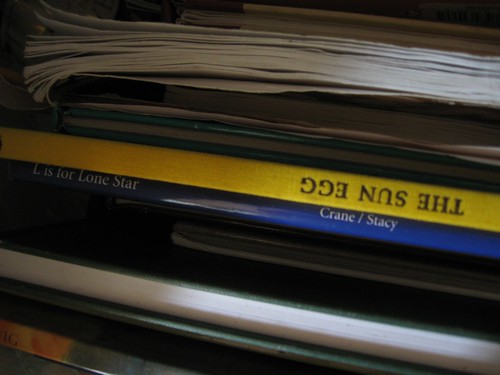 And I did. I threw in a load of laundry first thing that morning. I changed the sheets on my bed. I think I ran five or six loads through the washer and dryer throughout the day. I folded them and put them away. I did the dishes. I cleaned the sink. Picked up clutter all over the house and straightened and tidied and put things in order. 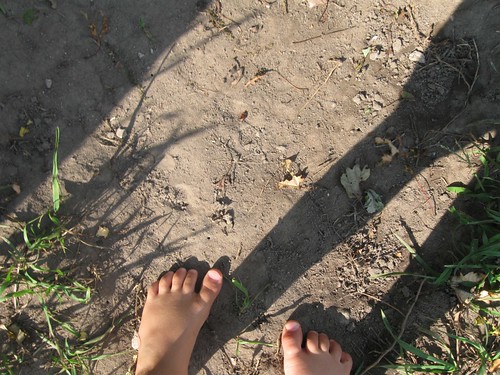 Then when Dom came home and we’d decided on a plan for dinner, and I’d helped do some of the food prep, then I continued my cleaning spree while he cooked. I vacuumed the living room and the hall, the girls’ room and the master bedroom. (And when I vacuum I also do another round of straightening and picking up.) 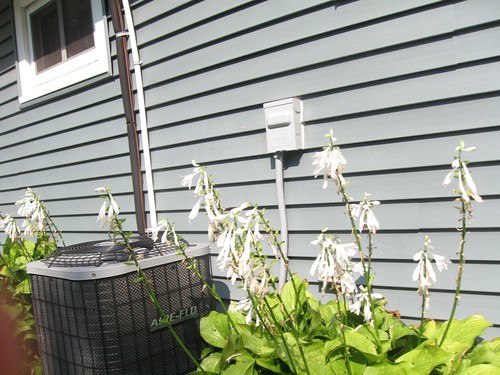 When I woke up this morning, the house felt so much more welcoming. Oh there are still bins of clothes in the living room. But now they are at least sorted bins waiting to be stored. And the dining room and kitchen and laundry room could all use another round of vacuuming and the bathroom is filthy. But I’ve made inroads. And so today, today I can finally get a bit of writing done!!! (I also did the grocery shopping this morning.) 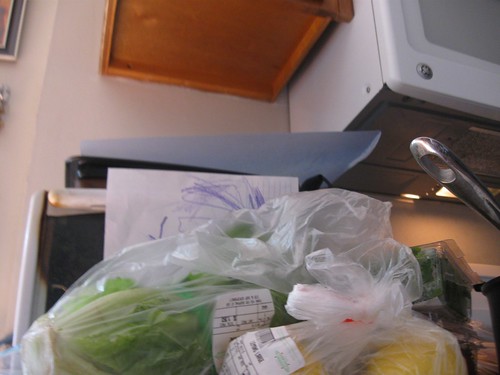 In another week I’ll be back to missing Dom terribly. Right now, though, can I confess to feeling a bit of relief? My fellow introverts, you understand, right? 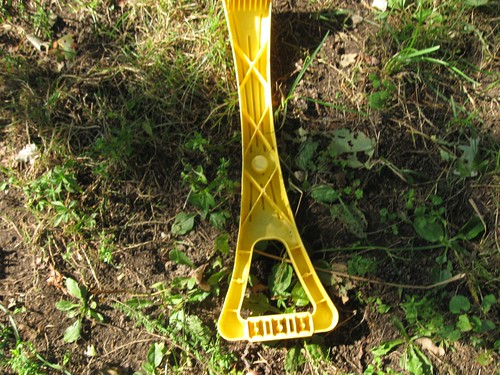