In the Tomb with Jesus
4 comments
Share:FacebookTwitter
FaithIsabellaIsabella and SophiaUncategorized

In the Tomb with Jesus

The other day Bella climbed down into the kneeler and declared, “I’m in the tomb with Jesus.”

It came out of the blue and totally stunned me. 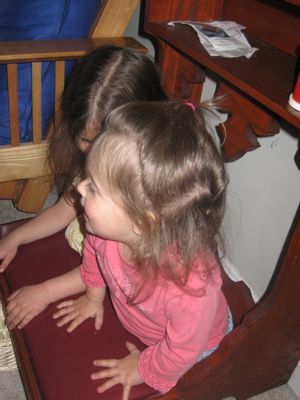 They’ve repeated this several times in the past week. 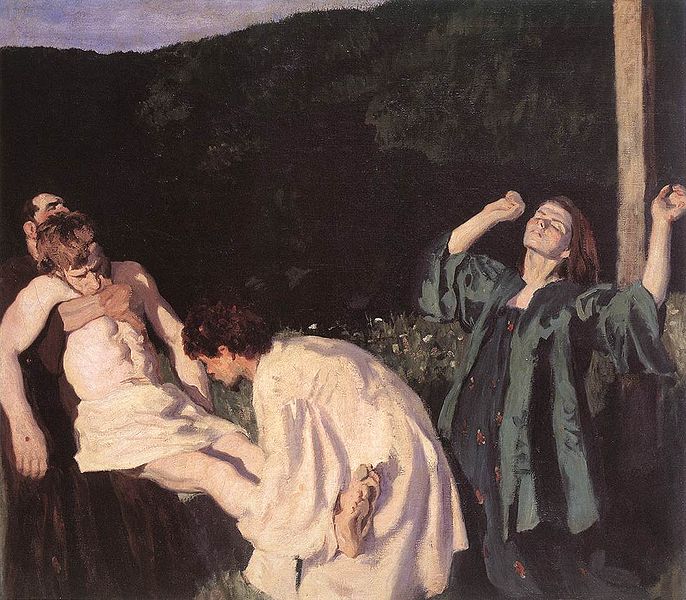 I had plans to try to do more this Lent with Bella. I’ve looked at the Catechesis of the Good Shepherd presentations and at the Stations of the Cross for children and I wanted to do both. But I haven’t had the time to buy, find, or make make the materials necessary, even the most basic materials. And I don’t have money to buy anything fancy and pre-made.

However, I did pull out the two Easter books I got last year. And while they’ve pretty much ignored The Easter Story

Sophie loves to look at the pictures mostly. She’s especially fascinated by the pictures of grapes on the end papers. She loves to look at the faces and palms on the entry to Jerusalem. She always points out the soldiers that arrest Jesus and that hold him bound before Pilate and that crown him with thorns. She points to them again and again, asking what they are. Maybe it’s the helmets? We always pause at the crucifixion and she points to Jesus on the cross a couple of times, asking What’s this? She loves the figures of the two Marys coming to the tomb. And the soldier guarding the tomb. What is it about the soldiers? And the figures of Mary and the Apostles at the Ascension.

Bella doesn’t seem as obviously fascinated by the book; but she comes over and watches and listens. And like I said, it’s definitely sinking in. I may not have done any elaborate lessons; but I have proclaimed the Gospel and that was enough to fire her imagination. As with the story of the Nativity at Christmas, she’s taken care of the rest and has entered into the story on her own terms. 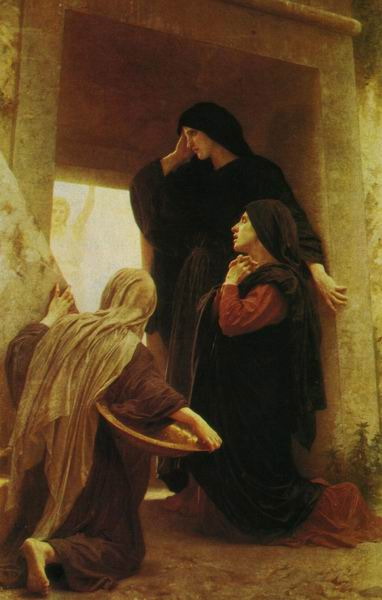 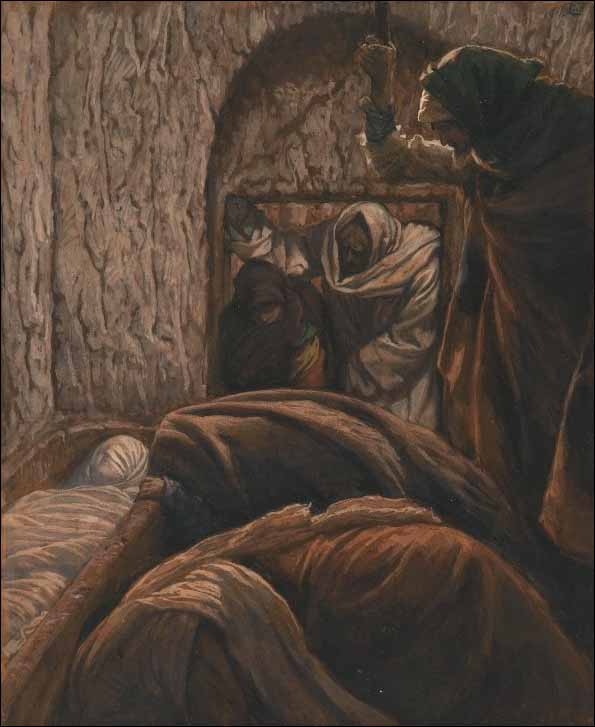 And a new part of the game today. Bella says, Let’s go see Jesus go up to Heaven. Look, he’s going up to heaven to be with his Father. And the angels.

At another point Bella grabbed the plastic rosaries and went to the tomb to pray for Jesus. She knelt down and said some prayers. Sophie joined her, swinging the rosaries about. (Later, Sophie knelt down on her own and said a garbled Hail Mary.)

And then Bella declared, Jesus is risen! He is risen indeed! 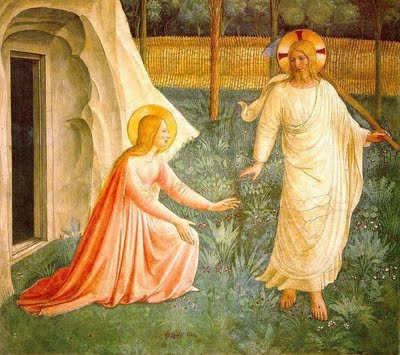 I’ve fallen down this Lent. All my plans turned to dust, ashes. I’ve failed to keep any of my intended sacrifices faithfully. I’ve joked that God’s alternate plan for me seems to have been giving up sleep instead. Its only in the past two weeks that I’ve had any good nights. Most of the time it’s been up at least every two hours, sometimes more frequently. I feel like I’ve especially failed to be the teacher I wanted to be for my girls.

And yet here we are in Holy Week. Once again I wonder how it can possibly come when I am so woefully unprepared. Yet it does. And here is this wonderful grace: “I am in the tomb with Jesus.”

I have not taught them, they have taught me. Once again, the theme repeats itself: I must become like my children. I must listen to their voices and hear what wisdom comes out of the mouths of these babes: perfect praise.

I am in the tomb with Jesus. 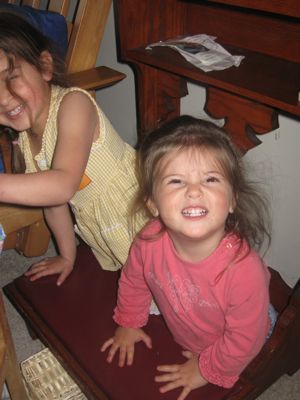