the one
6 comments
Share:FacebookTwitter
Uncategorized 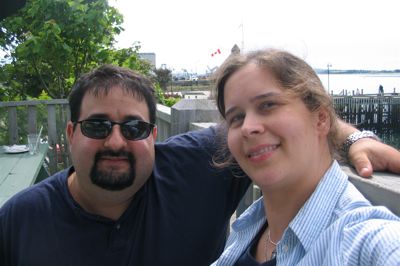 Dom and I both (independently) spent some time going through my blog’s archives yesterday, reminiscing about our life way back when he first built my blog. Last night he pointed out a piece, long forgotten by me, that I wrote soon after we were engaged.

It was interesting to look back at my looking forward to what I expected of married life. Also to remember that first excited whirlwind of emotion that has been replaced by a different sort of whirlwind. I have to laugh about my optimism about solitude after marriage. One Bella came there has been precious little of that. But I was right too, that it would be a treasure I would seek, would cherish for its rarity.

Lying in my bed before I fall asleep I muse on my solitude. hugging my pillow in the dark with the fan whirring above, the blankets pulled and tucked around my chin, I think: soon I won’t be alone any more.
I have always been a solitary person, which is not to say lonely. Though there has been that as well. But often quite content to be on my own. There is a joy, deep peacefulness in being by oneself.
How much will I miss this quiet solitude?
Of course, I look forward with great joy to sleeping all night next to my beloved. But with every gain comes a loss. Every time you cross a threshold you leave one space and enter another.
What will I lose? What am I leaving behind?
Of course there will be solitude in married life.
There will even be loneliness. But not as often, not the same kind of gazing into the future, long years wondering if ever there will be an end. There will be a we.
Now there is a we. A wonderful we. As Dom says, we won’t have to make those big decisions on our own, we won’t face what can seem a big awful world by ourselves.
I can lean on him and he on me.
And both together on God.
I can never forget that both in solitude and in companionship God is always present. I do not mean to leave Him out. But how I relate to Him will change. Is changing. Prayer with Dom is new and different. Can I even use the words gain and loss? There are both gains and losses.

What joy I feel when I see his car in the church parking lot. Or hear his step and feel him settle beside me. His warm presence. Familiar smell. Not touching. Or the touch of his shoulder against mine, his arm across my back or hand on the small of my back. His fingers curled in mine. All these and so much more. When I am alone there is an empty seat next to me. A vacancy in a new and different way.

I knew but did not know that engagement is a very different state than dating. A distinctly different place to be. A new country with its own terrain. Each step a milestone. Each day a surprise. Betrothal. Mary and Joseph were betrothed when Jesus was conceived. That means something different to me now. When Joseph thinks of releasing Mary, it is a big deal. I know rather than understand that now. Promises have been made. A ring given and received. Outward sign of an inward reality. The inward reality is more real than the simple gold band and the sparkly diamond. More solid.

Things resonate now. Words, deeds. With a rightness I can’t quite vocalize. The way we both answer the same crossword clue at the same moment. Or think the same thoughts. An IM exchange:
“I love u 2” he writes.
“yes a great band, cool songs”
“I was just thinking the same thing”

Most apparent when people give us advice, tell us how things are or should be. And they ring false. “the woman should be in charge of the honeymoon”
Our minds and hearts moved as one. I proposed and he saw immediately that Nova Scotia was perfect. Started off on all the reasons. Could have been the other way around.
Not that we always agree. I’m not too hot on Disney World. But there is no need for debate where there is common ground.
I’m ready for debate. I know there will be time, need for discussion, compromise. I certainly don’t have blinders. But not on how the world works. Not on the big things. On the details that in the end seem trivial.
Ok maybe I’m being too rosy. Probably. But I’m ready to embrace the rough spots too. I don’t know what they are, but I trust we’ll figure it out when we get there.
I will miss this quiet and will have to search harder to find it. And will treasure it more when I do. So that too will be a gift.
But I won’t regret.

I have spent 30 years in my solitude. Now I am about to become one with another. A death of a sorts. A new life.

“I should be glad of another death” says Eliot’s wise man in “The Journey of the Magi”.
Always Eliot with the right word.

An imperfect portrait, but let it stand. A draft.
I can’t catch what I mean.

Strange that I can’t write the joy within my heart. It is wordless. Why are the small regrets, the little sadnesses easier? Why is our language more in tune with the dying fall? Is it Babel that made our words fall thus?
Or am I passing the buck? it it merely my own inability? Maybe a superstitious dread of committing those hopes and exultations—to paper I almost said—well, to the written word. Lest they prove mirages.
I hold them in the quiet deeps.
Let Dom and Tree rejoice, be giddy. I’ll be a still, small place with hidden depths. But those who know me will understand that what I mean most I say least.
If I dwell on sorrows it’s to hide my joys, to confound the devils.

or some such stuff.
I shouldn’t write so late, the flights of fancy lead me off on deer tracks. here and there and everywhere. More about the sound of the words than their sense. Take it for what it is.

The tone of this piece so perfectly captures the me I remember being before marriage, before motherhood. It was such a different mental space, almost like a visit to a foreign land. And yet the writing is still so very me at the same time, the same habits of thought and the same mixture of openness and concealment of emotions.

Many people have commented about how honest and open about my life and my struggles I am here in this space. And it’s true. I do bare my soul to a degree that might make some uncomfortable and that perhaps seems to many to be imprudent. And yet my life is hardly an open book. There are also huge swathes of myself hidden behind high barriers, ringed round with hedges and barbed wire and posted with No Trespassing signs.

I don’t write much about my marriage. That’s not a part of my life that I feel comfortable having strangers tromp through. Suffice it to say that I am no more a perfect wife than I am a perfect mother. And now we’ll just shut that door that cracked open a bit. Move along, nothing more to see here, folks.

I’ll just leave you with an anecdote I’ve remembered that I meant to include in yesterday’s post about my blogiversary. I mentioned that when Dom built my blog we were dating and I was pretty sure he was the one; but we weren’t engaged yet. Well, I remembered that when he set up this blog we had a discussion about what email address I wanted and he gently steered me away from .(JavaScript must be enabled to view this email address), pointing out that my name might not always be Scott. So I went with just plain Melanie. And eight months after my first blog entry, I indeed ceased to be Melanie Scott.

Isn’t he a smart one?