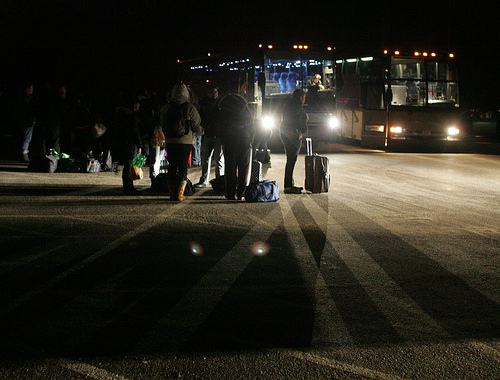 Dom and his colleague, photographer George Martell (they work for the Archdiocese of Boston), have done some technological wizardry that I don’t exactly understand which is allowing George to upload photos from the March for Life to the web within a minute of his shooting them. According to my techno geek husband this is really, really cool. No one else (not even any of the big mainstream media outlets) is doing this kind of immediate live updating of photos.