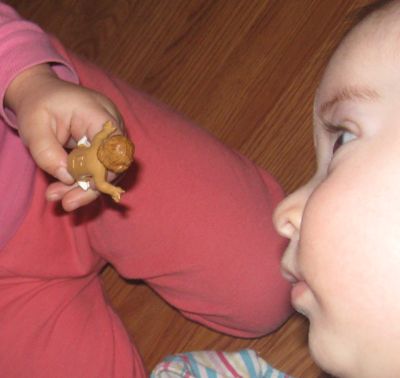 Christ has been born for us: come, let us worship him.

I awoke at 6 and rolled over to feed Ben. I turned on my iPod and began to greet the day with prayer. 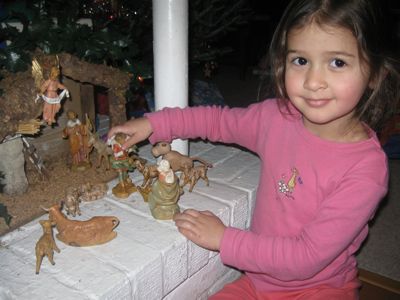 What have you seen? Shepherds, tell us! Give us the news: who has appeared on earth? �We have seen him born, and choirs of angels praising the Lord. Alleluia.�

At 6:15 Dom woke to the sound of bells on his iPhone. Ben stretched and smiled. Then he laughed. 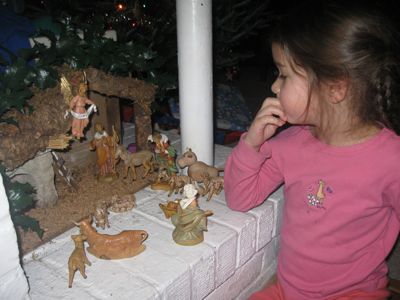 The angel said to the shepherds: �I bring you news of great joy: today the saviour of the world has been born to you. Alleluia.�

We played with him for a few minutes and then I got up to change his diaper. Then I heard a little mouse stirring: Bella’s door knob rattling.

“Merry Christmas, Isabella!” I left Ben with Dom and went to join her in the wonder of Christmas morning. 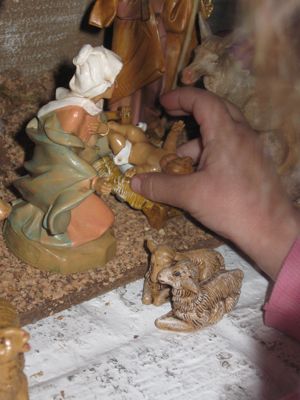 A baby boy is born for us today, and he will be called the mighty God. Alleluia.

We found Baby Jesus and the angel in their box and brought them to the stable. Bella placed the angel and then laid the baby in the manger. 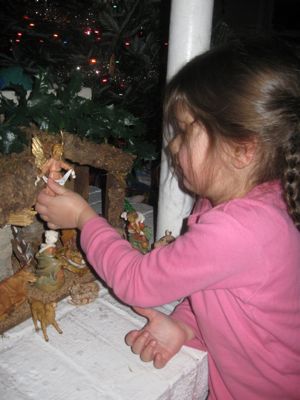 God has made known his salvation, alleluia, alleluia.

She spent several minutes arranging and rearranging the figures, making everything perfect. Picking the baby up and laying him down. 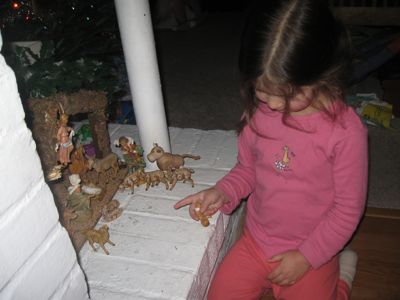 Glory to God in the highest heaven, and peace to men who enjoy his favour. Alleluia.

Each of the animals had to greet him: the cow, the donkey, the sheep.

And then she found the hippo, the elephant and the crocodile. They too had to go see the baby. 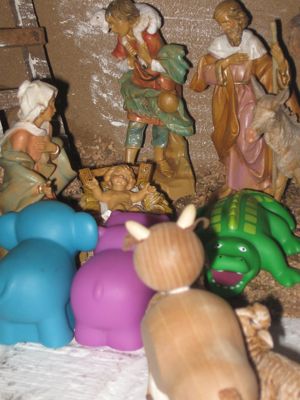 My eyes have seen the salvation which you have prepared for all the nations to see.