Snake in the Grass

Yesterday afternoon when Sophie woke up from her nap i took her out to the swing, per her request. As I walked barefoot through the grass (marveling at how much it’s grown since Dom cut it last Saturday) a sudden swift movement right in front of my feet brought me to an abrupt halt. A dark blur moving the blades of grass, it took me a minute to process the sight. Then it stopped too, a few feet away: a little grass snake. 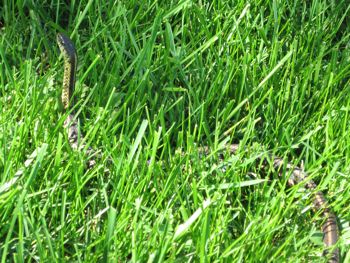 Being the intrepid nature blogger I am, I called to my sister to bring me my camera, “Quick!” Fortunately, she was within earshot and the camera was on my desk and not lost in the abyss of the diaper bag. The snake was quite cooperative and stayed in place as Theresa appeared with the camera and began to snap photos. 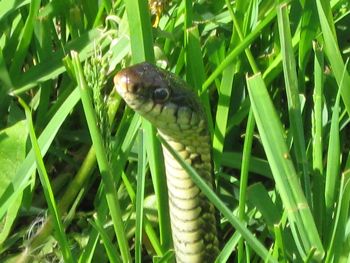 After a bit he slithered on his way across the yard. Theresa noted he seemed to move when the wind blew the grass and stopped when it became still. 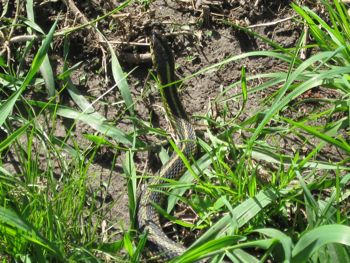 I put Sophie into the swing and took up the camera myself, stalking him as he moved over to the shed and then to the back fence. He paused a long time when he came to an open patch of dirt before he darted across. 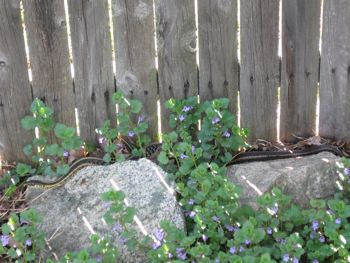