A Day Outside
11 comments
Share:FacebookTwitter
Uncategorized

Dom wanted to get an early start to the day. He went out and got gasoline for the lawnmower while the girls and I were still eating breakfast. When he came back and started moving all the toys and furniture out of the way in the backyard, I knew that my leisurely plan of spending the morning doing laundry was shot. Sophie and Bella immediately began clamoring to go outside.

Sophie just about had a fit when I insisted on changing her out of her pajamas before she could go out. I took them out back and put her in the swing while i helped Dom move the table and hammock stand and then I took her into the front yard and let her crawl around while I weeded the front flower beds. When Dom came up to mow the front lawn, we moved to the back and I began weeding around the daffodils and tulips while Sophie sat in the wagon next to me.

We spent at least an hour outside until she got fussy and then we went in for a snack. Then Bella and Dom went to HD for lumber to make garden beds and Sophie and I returned to weeding. My sister came and sat in the sun with us for a while as the temperatures rose to a pleasant warm. (It eventually got up into the low 80s.)

We went back inside for lunch. Well, I got lunch and then we took it out to eat on the blanket. Then naps and as soon as she woke up Sophie was back outside again. Dom cooked burgers and corn on the cob on the grill and we ate them outside, only coming in as the sun was setting. 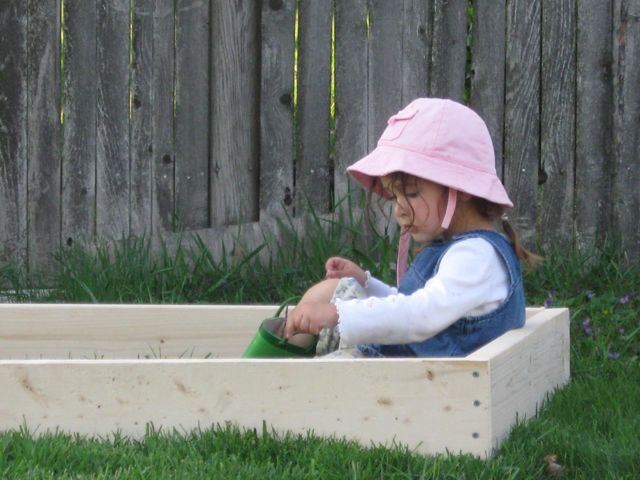 Isabella sits in the garden box that Dom made. 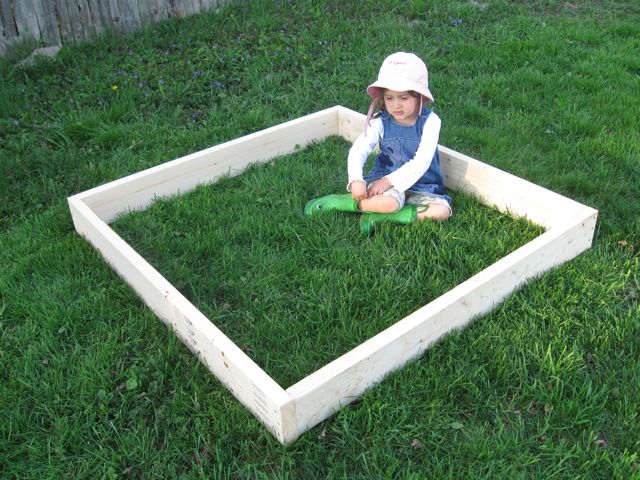 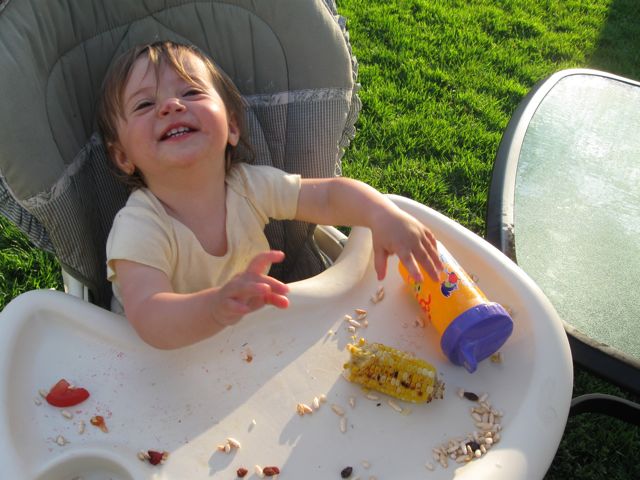