It’s taken me some time to get going; but here is my first entry for the 100 Species Challenge.

I was positive that the tree in our yard was a variety of magnolia, but I didn’t know what species it was. And I discovered that Magnolia is a large genus of about 210 flowering plant species (Wikipedia: magnolia). So I had a little detective work to do. I do know that it isn’t the same as either the magnolias I knew from Texas (magnolia grandiflora) or the ones I’d seen in Boston (I think those are the hybrid Magnolia � soulangeana or saucer magnolia).

I think ours might be a Magnolia tripetala, commonly called Umbrella magnolia (wikipedia article here, and pictures here).

These trees are attractive and easy to grow. The leaves will turn yellow in the autumn. It is also sometimes known as ‘Umbrella tree’. 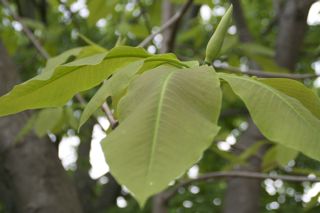 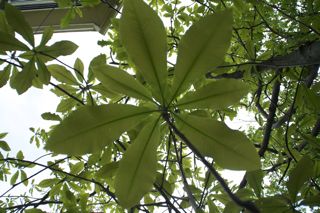 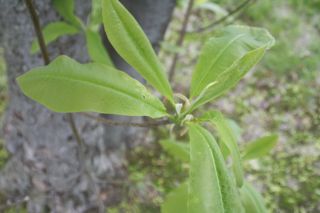 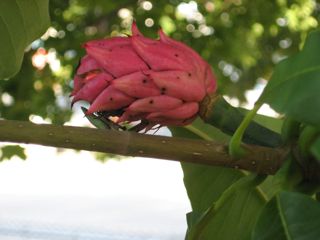 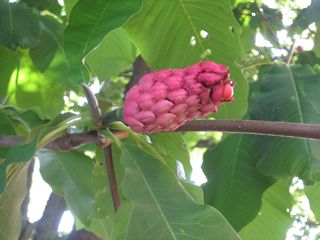 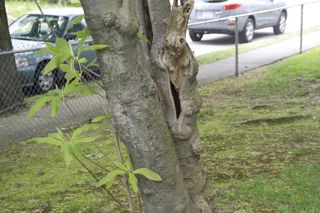 Pictures I took this spring and last fall. I thought I had a picture of the flower, but I guess not.