‘the cross fixes every brokenness” 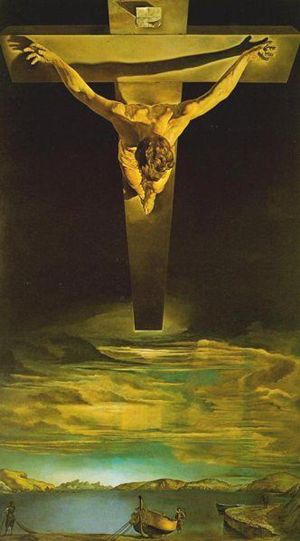 “Suffer and Hope”: Another must-read by Drusilla at Heirs in Hope:

. . . As far as I’m concerned, politics exist mostly to fix things: each party insists he can make life the way it should be or at least better than it is. Except we’re human and we�ve never been all that good at fixing things. Eve was convinced she could fix her lack of wisdom by eating the forbidden fruit. Since that day, we human beings have been busy fixing whatever we can get our hands on. . . .

. . . This desire to fix is a human condition. We perceive a problem and rush to fix it. Many of the horrors throughout history involve smart people fixing problems.

There are real problems that need to be healed. We are really broken and have real wounds. This is truly a fallen world. But we don�t know how to fix those problems. We�re inept whether we like it or not. We actually tend to make matters worse, often much worse. We forget we are not God. We don�t know much about how things ought to be. And we really don�t know what we�re doing.

Who amongst us would have saved the world by dying on a cross? And not saved us in sensible fashion, making everything clear and easy and genuinely safe? But rather saved us by giving us the choice to become like God through accepting something that isn’t at all clear or easy or safe (at least not our definition of safe which includes not scary), accepting the cross? Who amongst us wants the cross? Who believes it actually does save? Isn’t that one of the hardest things to believe? . . .

. . . Those who are anti-abortion tend to write and speak about abortion mostly from the perspective of saving babies. That�s exactly as it should be. An unborn baby cannot be his own advocate, cannot help himself. Anytime we let our voices be used on an unborn baby�s behalf we do a good thing. And we must do our best to protect babies.

Still, there are also foolish young girls as well as young girls who are victims of child abuse. There are terrified young women and older women. There are pressured women and women who are convinced the child they carry is a mistake who will ruin their lives, who is better off dead than living the kind of life they can offer, the kind of life society can offer. There are all sorts of girls and women facing the cross. And perhaps we who are anti-abortion forget their sufferings must also be remembered because it�s genuine suffering. Facing the cross is excruciating. It�s f—-ing hard to face the cross. We can�t change it. We can�t fix it but only because the cross is not broken � it�s just horribly difficult. But no matter how difficult, the cross is the one thing that fixes every brokenness. . . .