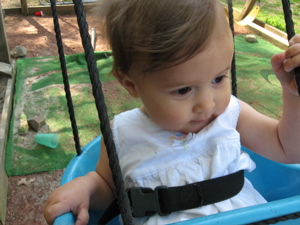 I had a very full and enjoyable Mother’s Day. Spent, fittingly enough, celebrating the anniversary of my daughter’s birth (Isabella will be turning one on Friday.) Yesterday the clan had a combined party for Bella and two of her cousins who will also be celebrating birthdays within the next months. 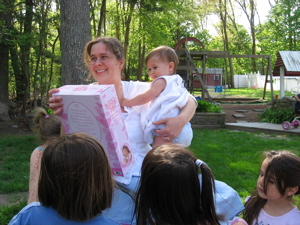 Of course we had a cake and presents. I made the cake myself (with a little help from a box); but Bella did not partake of the cake and didn’t miss it. Bella was pretty indifferent to the presents as well; but there were plenty of other, older little girls to help with the proper astonished gasps and excited yelps. 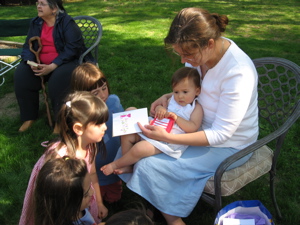 The party was at Dom’s brother John’s house about an hour away. There was a big crowd, noisy and joyful as gatherings at John’s always are. Most of Dom’s family, many of his sister-in-law, Patti’s family, and a few family friends and neighbors as well. Everyone oohed and aahed over Bella. Many people there hadn’t seen her in months, several since she was a little newborn. 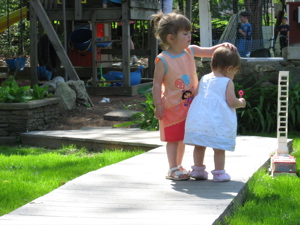 Bella’s cousin, Theresa, John and Patti’s youngest who will be turning two in June was also feted yesterday. She’s been very attached to Isabella from the first time they met. At previous family get-togethers she’s followed me around from room to room calling out: “Bella, Bella.” Very sweet. Patti says Theresa also gets excited when she sees pictures of Bella or when my name is mentioned. The fascination still hasn’t worn off and Theresa spent some time playing with Bella, hugging her and sharing her toys. 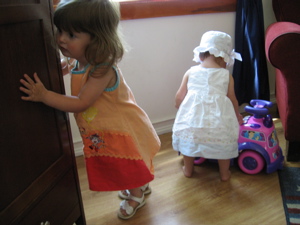 As I said, a fine day, if a bit exhausting. Fortunately for me Dom let me sleep in this morning while he got up with Bella, fed her breakfast, and cleaned the kitchen which was a mess after two long days of in-and-out. 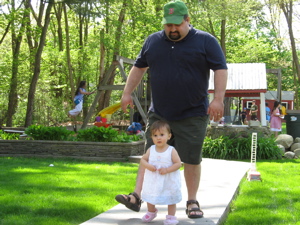